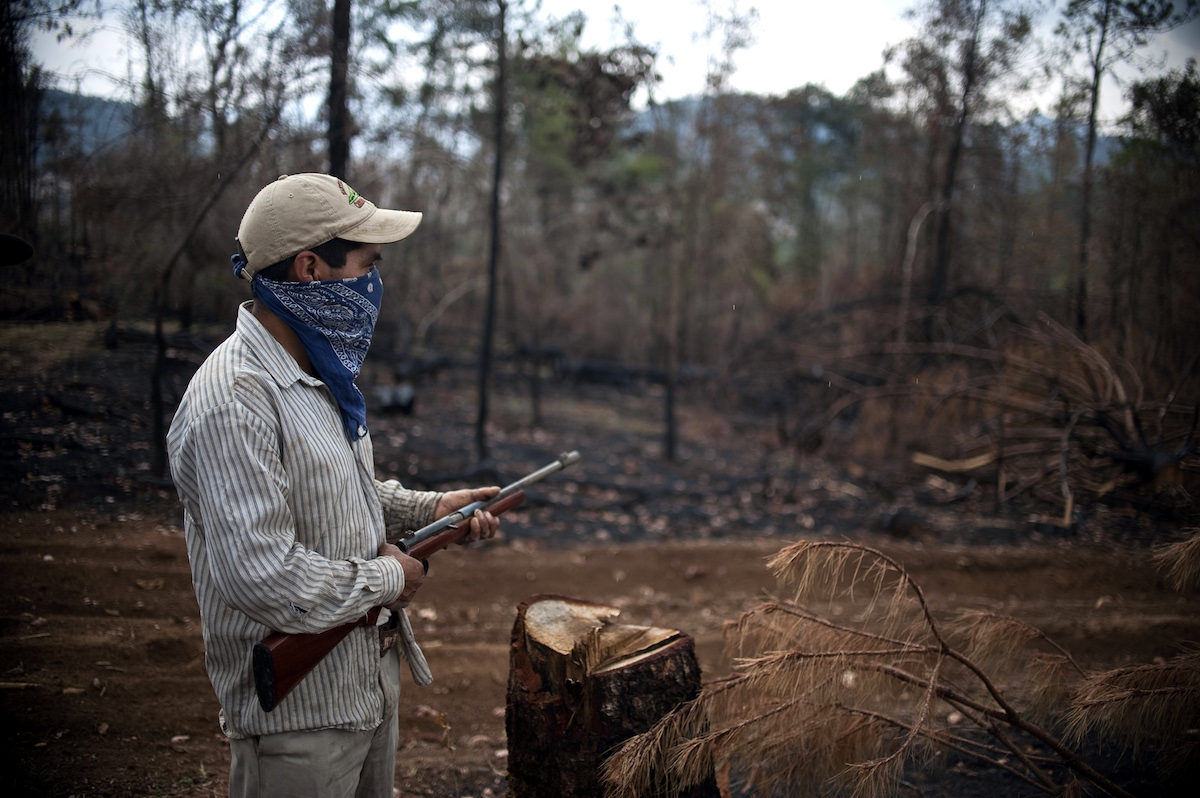 David Romero remembers the bad old days in Cherán, Michoacán. The days before the small mountain town of indigenous Purépecha indians staged an armed revolt against narcos who were terrorizing the town.

“The robbers cut down almost all of our trees,” remembers Romero, who runs the town’s communal pine resin refinery. “The mayor and the police didn’t care. They were working with them.” By “them,” Romero means La Familia, one of Michoacán’s most violent cartels at the time. Between 2009 and 2011, La Familia illegally felled 75 percent of Cherán’s forest, nearly destroying the pine resin tapping industry that had sustained the town’s economy for a century. Resin tappers who confronted the robbers were kidnapped or murdered.

Then one day in 2011, a group of elderly women from the town organized a spontaneous revolt, halting the narcos’ trucks and refusing to let them leave. The rest of the town rose up, taking up whatever ancient shotguns and sharp farm tools they had at their disposal. La Familia sent gunmen to retake Cherán, but the townspeople repelled them, using assault rifles left behind by the corrupt local and state police who had fled the town. The neighborhood militias raised to patrol the streets and the forests surrounding Cherán were made permanent, as was a newly formed council of elders elected by the town’s districts. After a year of siege that left many dead on both sides, the narcos gave up. Soon thereafter, the Mexican federal government formally granted Cherán limited autonomy, recognizing its communal government as legitimate.

Seven years later, Cherán is an oasis of safety in one of Mexico’s most dangerous states. The resin tapping industry is booming, with Cherán rapidly replanting its lost forests.

Reporter Jesse Alejandro Cottrell visited the town in 2017 to meet some of the people that fought to make Cherán safe again.

Featured Image: A masked man, member of the security commission of Cherán, stands guard in the forest, in Michoacán, Mexico. (Ronaldo Schemidt/AFP/Getty Images)