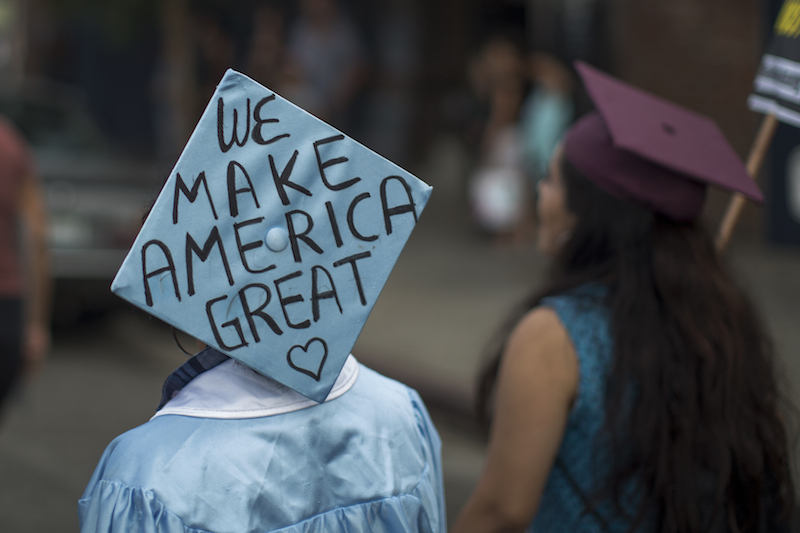 Thousands of immigrants and supporters join the Defend DACA March to oppose the President Trump order to end DACA on September 10, 2017 in Los Angeles, California (Photo by David McNew/Getty Images)

As news of a Monday deal between Republicans and Democrats ended a government shutdown, negotiations on immigration, Deferred Action for Childhood Arrivals (DACA) and DREAMers will likely continue to dominate national political headlines for the next few weeks. In anticipation of this debate, the Center for Migration Studies of New York released a report on Monday afternoon, listing statistical highlights of the country’s DREAMer population. Here are some of the report’s findings: