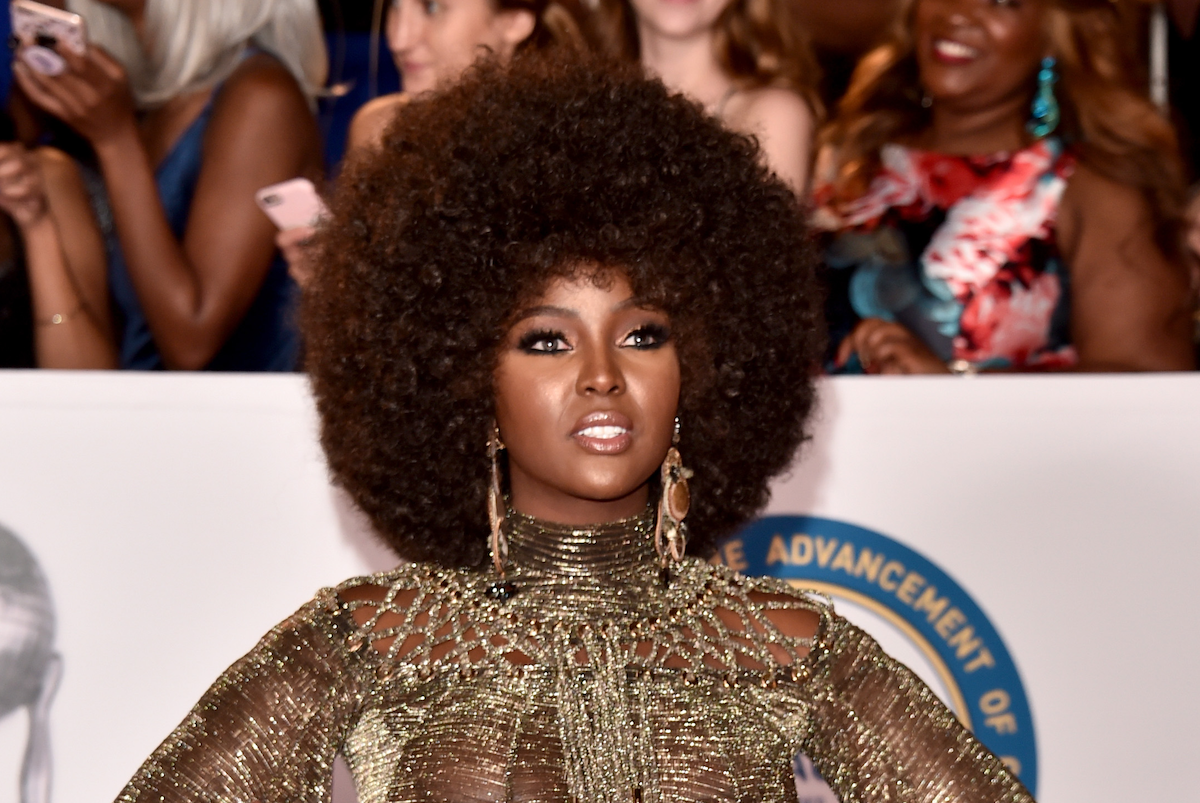 She’s bilingual, unapologetically self-confident and is bringing the topic of colorism to the forefront of the U.S. market.

Amara La Negra, a self-described Latin fusion artist, has been in the business her whole life. As a child, she shared the stage with her idol, the iconic Celia Cruz. She has collaborated with Jowell & Randy, and now stars on VH1’s Love & Hip Hop: Miami.

She’s worked towards a successful career in music as far back as she can remember, but what she didn’t expect was to become the de facto Explainer-In-Chief of the dynamics that exist in the Latino community when it comes to colorism, anti-Blackness and Afro-Latinos in entertainment.

Amara La Negra is 27 years old and was born and raised in Hialeah, Florida, just northwest of Miami.

“Growing up, I never saw anyone who looked like me besides Celia Cruz. She was such a strong, powerful woman. She was a very inspirational person.” Cruz, who died in 2003, was a Cuban Afro-Latina and a titan in the music world. Her Blackness was a sense of pride that she turned into a musical sensation with her hit song, “La Negra Tiene Tumbao.” She was a walking work of art with her magnificent wigs, flamboyant outfits, and impeccable shoes.

“When Celia Cruz passed away, there was no one else to really look up to as an Afro-Latino or Afro-Latina on TV. So, I went and became a fan of Whitney Houston, Tina Turner, Donna Summers, who are truly talented women and I truly admire them. But, as far as the Latin community, we really didn’t have anyone to look up to.”

During the premiere episode of Love & Hip Hop: Miami, Amara La Negra had a confrontation with producer Young Hollywood after he referred to her as “Nutella Queen” and asked that she be “a little more Beyoncé, a little less Macy Gray.” Amara tried explaining that she identifies as Afro-Latina, while Young Hollywood asked her if she identified that way because she was African or because she has an Afro. That scene led to social media conversations about anti-Blackness in Latino communities, a topic Amara La Negra addressed last week with two Black radio hosts.

According to Pew, approximately a quarter of all U.S. Latinos identify as Afro-Latino. In Latin America, Afro-Latinos make up an even greater portion of the population with countries such as Brazil, where half of the population is of African descent. In Caribbean nations like Cuba, a third of the country identifies as Black, and in the Dominican Republic, people of African descent range anywhere from 25-90%.

“I’ve been talking about it for years and nobody really paid attention to me,” Amara said when asked about whether she expected all this attention received from that VH1 interaction.

While there are Latinas who have made it in both the Latino and U.S. markets, Amara argues they are not truly reflective of all the hues that exist within the Latino community, “When you talk about Latinos, there’s Salma [Hayek], Sofía [Vergara], JLo, Shakira. These are the standards of Latinas but you never mention women who look like myself. I always say there isn’t a Latin country that doesn’t have Afro-Latinos.”

But she wants to be clear that her message comes from wanting more inclusivity and diversity: “I’m not trying to separate Afro-Latinos from other Latinos, I’m trying to put us in the mix. We’re not mentioned, ever. It’s crazy that people tell me they never knew there was Black people who spoke Spanish. That just shows how much more we have to learn.”

Many of the struggles discussed in Hollywood in terms of lack of African-American representation and roles that break outside of stereotypes are seen in Spanish-language media. When tuning in to telenovelas or entertainment shows on major Spanish-language networks, you rarely see Afro-Latinos or even indigenous Latinos in lead roles. When they do have a presence, many times they are portrayed as laborers or in stereotypical roles.

“We haven’t had a leader to stand up for us and to defend us. We kind of just sit back in the shadows and take it. We’ve taken it for years and nobody really says anything about it. It’s very frustrating to feel ignored,” Amara La Negra said.

Having recently signed a multi-album record deal, she is also working on her clothing line that she hopes will cater to the diverse shapes women come in. All her success is a long time coming since her days performing on the hit show Sábado Gigante.

When asked if she will do music in English, Spanish or both, Amara La Negra makes it clear she doesn’t want to limit herself but she also will carry her culture and uniqueness into the recording studio. “I want to be able to bring my flavor, my sound, a little bit of my culture, and show it to the American market by doing a fusion. I would never want to lose my Latin essence.”

A fusion that would consist of a collection of sounds gathered from different Latino cultures.

“I can get a salsa beat and fusion it with trap or hip hop. Or get Brazilian funk and mix it up with a little bit of dembow and then that will give you a new sound,” she said. “That’s really what I love to do. I like to experiment with music.”

“Music is about having fun and a way of expressing herself,” she added.

But Amara La Negra hopes that the conversation she’s started doesn’t stop and continues to grow and evolve. “Just because the attention moves to the music I don’t want people to forget what I’ve been standing up for either.”

Ultimately, her goal is to make sure that other Afro-Latinas can feel inspired and secure in themselves to chase their dreams and capitalize on their talents without compromising who they are.

“You should never ever feel that you need to change the way you are to succeed,” she explained. “As far as my skin and my color, I’m over it. Y’alls gotta love me the way that I am. Period. That’s not gonna change.”