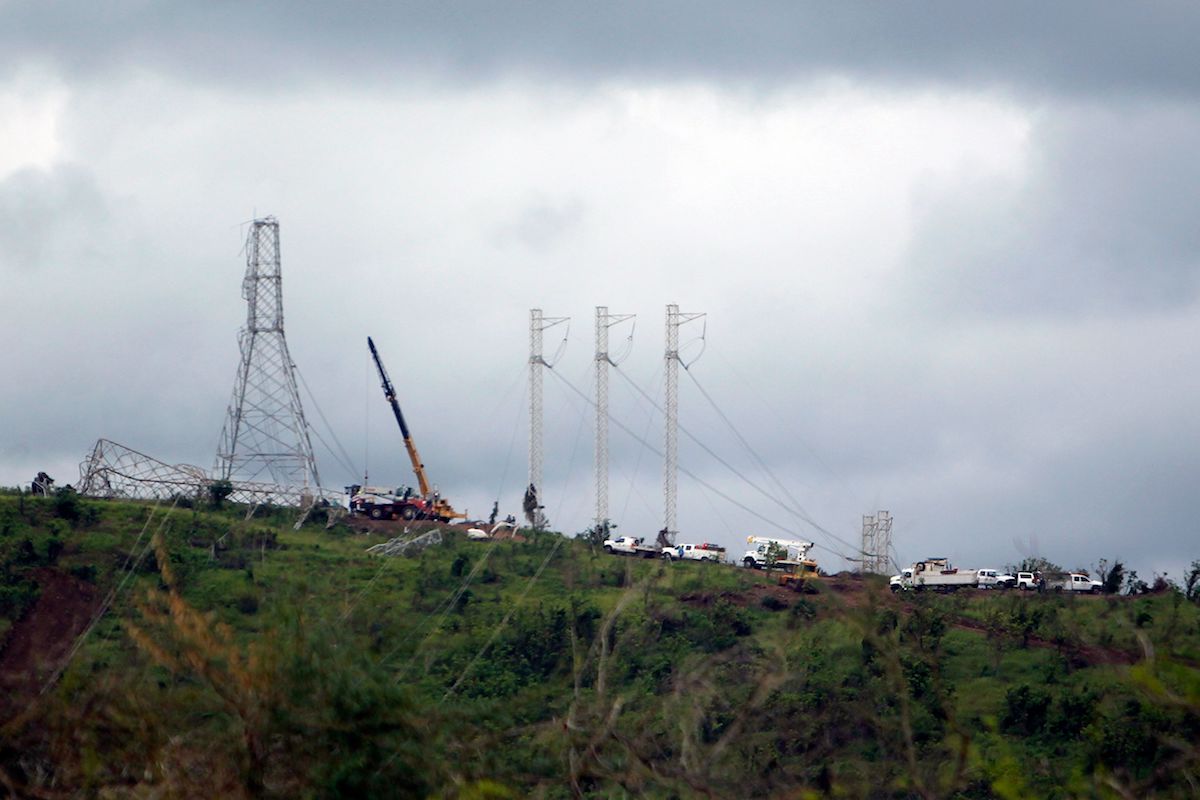 Perhaps nothing is clearer to Puerto Ricans right now than the importance of having a good power grid. Hurricane Maria battered the island months ago, yet for many people the blackout continues.

Not even the alleged 70 percent of Puerto Ricans with restored electricity nor the few solar-panel users who never lost power have escaped the consequences of this prolonged outage, which include increased crime, business closures and unemployment, a health care crisis and exodus to the U.S.

A major barrier to restoring power is Puerto Rico’s public power utility, known as PREPA. Bankrupt, its infrastructure dilapidated, PREPA has been unable to repair the island’s devastated grid. It is also seen as corrupt. In January, some customers left in the dark for months received bills for “services rendered.” Thousands more were slapped with overcharges.

So, when governor Ricardo Roselló recently announced that he would privatize Puerto Rico’s power grid, many here welcomed the move. People are suffering—something must be done.

But as an ecology professor and the director of the community group Casa Pueblo, I believe selling off PREPA will bring Puerto Rico more headaches than relief. Here’s why.

Privatization Is an Old Idea

Privatization is not a new idea in Puerto Rico, and the outcome wasn’t great the first time we tried it.

In the mid-1990s, the administration of Gov. Pedro Rosselló —father of the current governor— began privatizing Puerto Rican services like telecomms, water, education and electricity. Thirty percent of the island’s power generation was sold to private coal and gas interests, among them the now defunct energy company Enron.

PREPA —which during its mid-century glory days was a source of Puerto Rican national pride— began a downward spiral. Its debt tripled from around $3 billion in the 1990s to roughly $10 billion today. In recent years, austerity measures resulting from Puerto Rico’s financial crisis have further decimated PREPA.

By the time Hurricane Maria hit, as Puerto Ricans soon learned, it was unable to fulfill its public mission.

Mountains of this toxic waste was haphazardly discarded in Arroyo Barril, Dominican Republic, where it leeched into the ground and water supply. Miscarriages and birth deformations spiked, among other illnesses. A lawsuit was settled in 2016.

Coal ash has also been used as landfill when building affordable housing and highways across Puerto Rico. Giant heaps of it are part of Guayama’s industrial landscape. Still, no controls are in place to protect local water supplies from contamination.

Currently, some 6,000 workers from U.S. energy companies are on the ground to help PREPA restore the island’s grid. The first to come was Whitefish, a Montana business based in the hometown of Secretary of the Interior Ryan Zinke. It won a $300 million bid to rebuild Puerto Rico’s power distribution and transmission network.

It soon became clear this tiny company could never get the job done, triggering investigations into the deal.

The Shift to Renewables

The challenge now is not just to power up Puerto Rico, but to do so in a way that safeguards the island’s energy future.

In the race to restore the nation’s electricity post-Maria, the renewables sector saw solid gains. Demand surged for for more resilient power systems.

Photovoltaic roof panels went up on government buildings, shops and homes across the island. Numerous startups have emerged, generating hundreds of jobs in wind and solar production.

The privatization of PREPA could stunt this green energy shift. We don’t yet know which companies have expressed interest in running Puerto Rico’s power grid, but both current political tides and Puerto Rican history suggest they’ll be fossil fuel-focused.

After all, the Fiscal Oversight Board that has governed Puerto Rico’s policy and budget since the island’s 2016 debt default has a demonstrated preference for old-school power generation. This unelected group of seven U.S. presidential appointees has backed a questionable incinerator project from the company Energy Answer and a natural gas terminal at Guayama.

The board also has a fiduciary duty to prioritize Puerto Rico’s creditors, not its people. So whoever buys PREPA may publicly extol clean, renewable energy but in practice I wager that its development will see stumbling blocks.

I’d contend that it is risky for Puerto Rico —an island still recovering from a brutal hurricane season worsened by climate change— to further its dependence on coal and gas. These fossil fuels cause water and air pollution, contributing to global warming.

Dirty energy is also costly. Puerto Rico’s dependence on imported fuels drained $22 billion from its economy during the first decade of this millennium. Meanwhile, renewable energy prices were dropping. Wind and solar are now more competitive with fossil fuels.

That’s why places like Costa Rica, Germany and Hawaii have either achieved or are building renewable grids that makes good use of sunshine, water, wind and biomasses like wood.

Puerto Rico has plenty of those resources. But embracing renewable power requires government commitment. Instead, governor Rosselló seems to be backing out of the Puerto Rican energy game, leaving the island’s energy future at the mercy of private capital.

In its desire to privatize and deregulate, Rosselló’s administration looks to be in lock step with Donald Trump, the U.S. president who doubts climate change and loves coal mining.

There are other hurdles to renewable energy in Puerto Rico, too, including Trump’s recent 30 percent tax on imported solar panels and unspeakably high fees imposed on locals who go off the grid. It won’t be easy to make Puerto Rico energy self-sufficient.

But the reasons to do so are clear. Governor Rosselló has laid out one vision for the island’s electric future. Now the Puerto Rican people must pursue theirs.