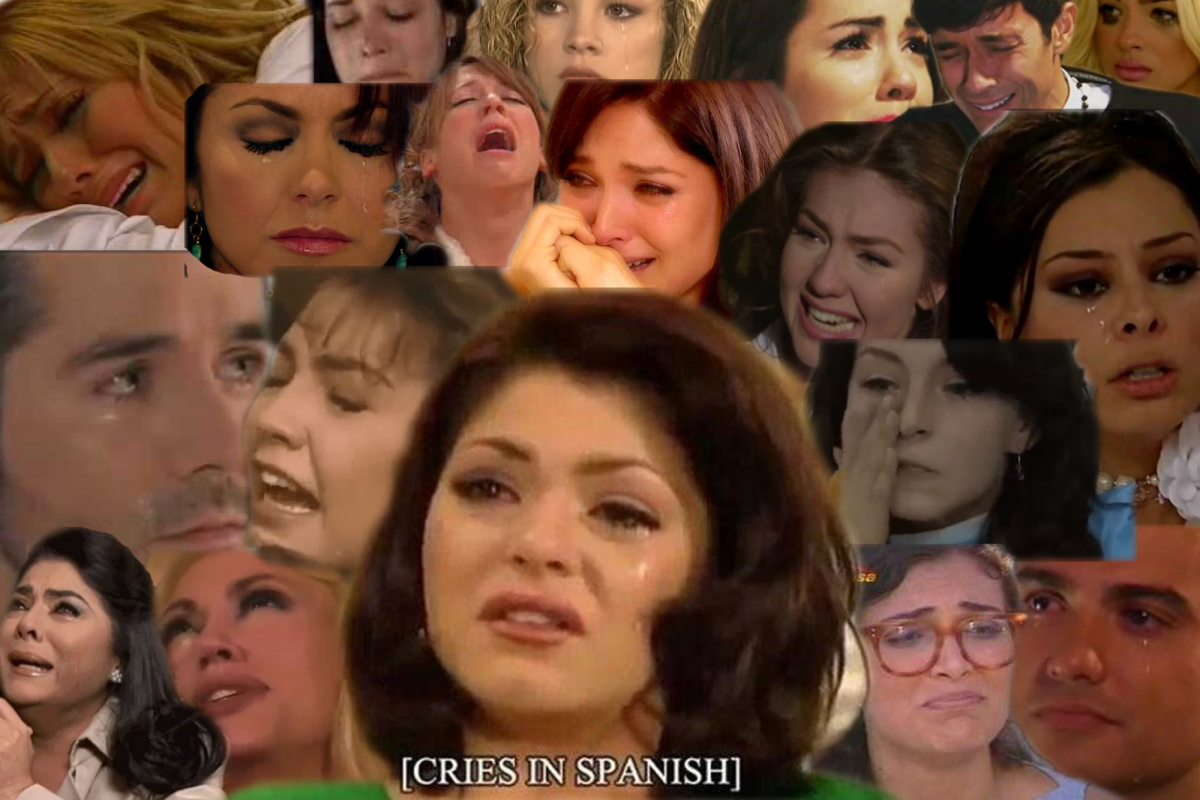 Four years ago, Latino USA producer Antonia Cereijido was only an intern and still in college when she did was a lot of people do when they’re not sure what their life will look like after graduation: she cried in the bathroom.

After wiping her eyes and returning to her desk, she tried to comfort herself by calculating how many other Latinos had cried at the same time she had. According to a German study cited by Wikipedia, the average woman cries between 30 and 64 times a year, and the average man cries between 6 and 17 times a year. Using those statistics and the fact that there are around two million Latinos in New York City, she did some multiplying and dividing and reached the (totally unscientific) number 646. But then she worried: What if Latinos cry at a different rate? What if they cry more than the average?

This set Antonia off on a seriously lachrymose investigation into the cultural history of Latinos and crying. On the way she spoke to Jaime Camil, a Mexican actor and star of the television show Jane the Virgin,who began his career on telenovelas, a format that was basically built around dramatic scenes with lots of tear shedding. We also speak with Tom Lutz, the author of Crying: The Natural and Cultural History of Tears, who shared his knowledge and research. NPR Code Switch reporter Adrian Florido breaks down the importance of ranchera music and in particular its power to make people cry. And, Maria Hinojosa shares her own very personal history with tears.