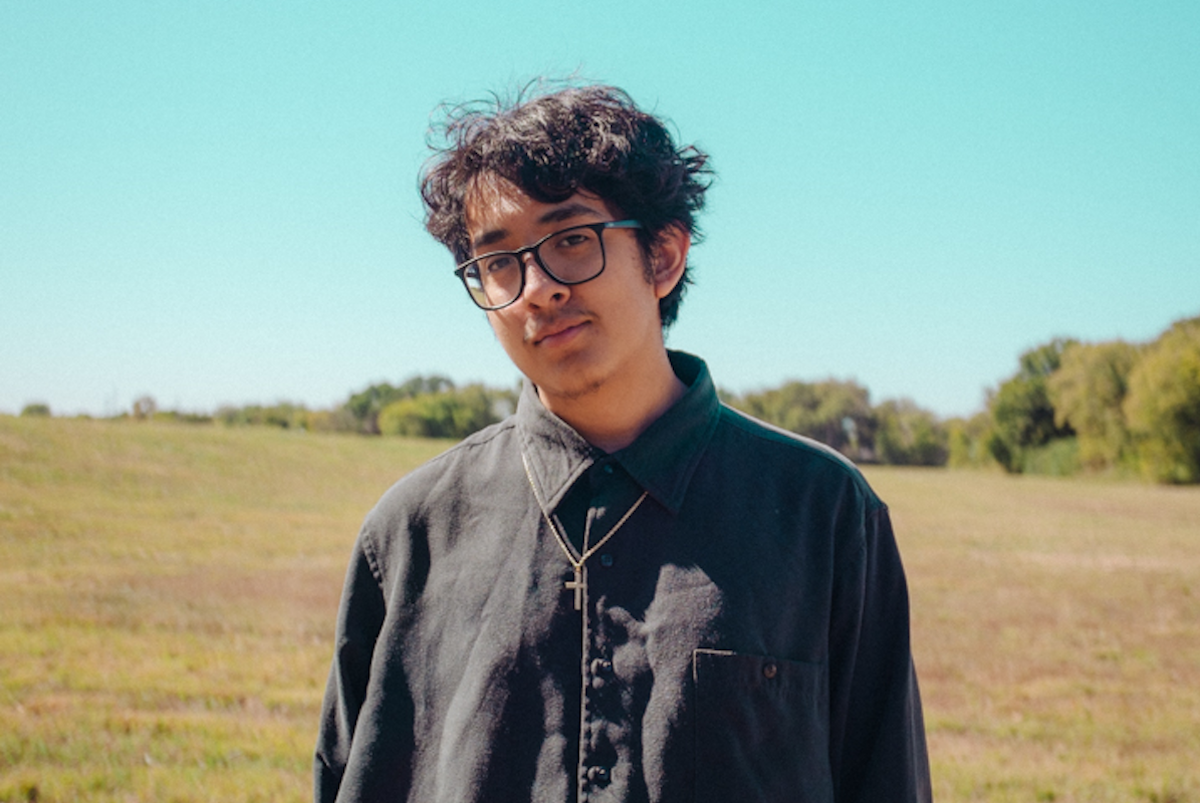 Nineteen-year-old Omar Banos, whose stage name is Cuco, grew up in Hawthorne, California, a suburb outside of Los Angeles. He is the only child of two immigrants from Mexico and spent many hours in his room learning to play the guitar and the trumpet, among other instruments. Inspired by his parents’ love of opera and Spanish rock, and coupled with his own later interest in jazz and metal, Cuco has created his own blend that feels nostalgic and spacey at once.

He started to get people’s attention two years ago first with a YouTube video in which he played slide guitar on a cover of Santo and Johnny’s “Sleepwalk.”

Since then, he has garnered many fans through music he has produced himself including the songs “Cupid’s Quiver,” “Lover is a Day,” and “Lo Que Siento.” At his concerts, you can hear squeals from the overjoyed, often Latino, fans—especially during his multiple trumpet solos.

This month, Cuco released his latest single, “Sunnyside,” and this April he is scheduled to perform at the Coachella Music Festival. Cuco sat down with Latino USA to talk about the experience of performing live on stage instead of in his room and the inspiration for his latest single.