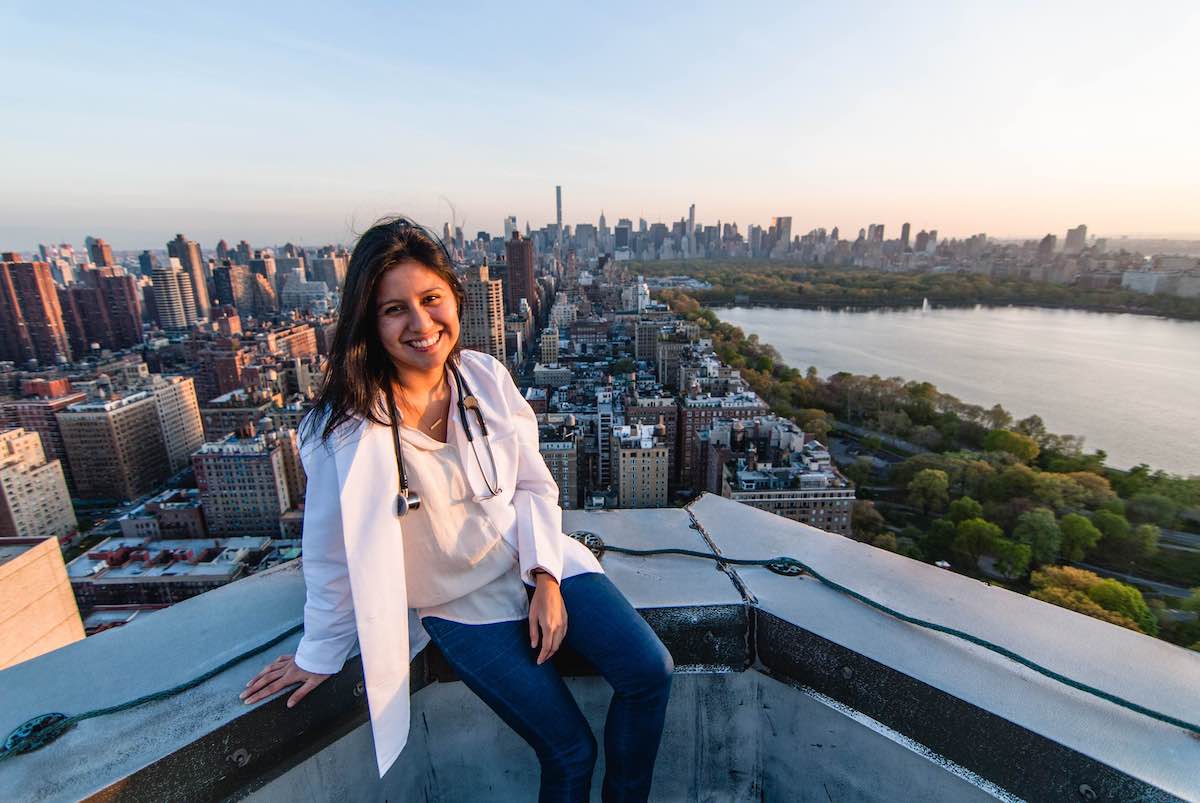 As a child growing up in California, Denisse Rojas Marquez, 28, always knew her family would not go see a doctor unless it was severe.

Rojas Marquez’s family went to community health centers, and she quickly realized their type of health coverage was different than her friends and neighbors.

“They had a primary health doctor. They were able to access care regularly and it was something that didn’t seem right,” Rojas Marquez told Latino USA.

Rojas Marquez remembers a moment in college when her mother needed surgery for a condition she had in her uterus, but wasn’t able to purchase health insurance.

“It came to the point where being in the United States was really hard to find employment to have job security and other opportunities,” she said. “Eventually my brother and my dad and my mom immigrated to Canada, and so there my mom was able to access healthcare.”

Rojas Marquez was undocumented most of her life in the United States, but finally received health insurance three years ago because she was granted Deferred Action for Childhood Arrivals (DACA), an executive action President Barack Obama took in 2012 that gave work authorization and temporary relief from deportation to some immigrants brought here as children. But DACA recipients across the country may be at risk of losing their health insurance.

Six months ago, the Trump administration announced DACA would end on Monday March 5, unless Congress created a legislative solution before the deadline. Last week, the Supreme Court declined to take the case and rule on DACA. The Court said an appeals court should listen to the case first, which the Trump administration tried to skip in California.

Meanwhile, undocumented youth and allies continue to protest in the hopes of pressuring Congress to act. As of Monday afternoon, Congress has not passed any bills about the issue, after weeks of debates and failed votes.

If DACA is eventually rescinded —and it is still unclear if this will happen, since two federal court injunctions have kept the program active (without new applications) past the March 5 deadline— recipients would lose access to their work permits, which would result in the loss of some individuals losing their health insurance through their employer. Other DACA recipients have access to healthcare through state-funded Medicaid, or similar and modified versions.

New York Governor Andrew Cuomo released a statement in January, saying the estimated 42,000 New York DACA recipients, like Rojas Marquez, will remain eligible for state-funded Medicaid even if the DACA program is eliminated.

Matthew Lopas, a health policy attorney at the National Immigration Law Center, was pleased that Cuomo took steps to ensure continued access to state-funded Medicaid for DACA recipients in New York, but wants to see other states follow.

“Most states exclude people who have DACA from any public health insurance program, so we’re talking about Medicaid, CHIP and ACA subsidies through the Obamacare market prices,” Lopas said.

Lopas noted that New York, California, Minnesota, Massachusetts and Washington are some states, in addition to Washington, D.C., which allow DACA recipients to become eligible for state-funded Medicaid, or similar and modified versions.

A national survey conducted by political science professor Tom K. Wong found about 67 percent of DACA recipients older than 25 got a job with health insurance or other benefits.

Still, if DACA is revoked, Max Hadler, senior health policy manager at the New York Immigration Coalition, said accessing healthcare coverage will be difficult for DACA recipients who don’t live in New York. He added that DACA recipients outside of the state will have to rely on community health centers, public hospitals or other safety net providers.

Rojas Marquez says she will continue to advocate for health insurance coverage for all people regardless of status and says having Medicaid brought a peace of mind, something she wants others to experience.

“I know that I can be here in New York City, or I could be traveling around the state and if something happens, I’m able to access the emergency room and I won’t have to think about the hospital bill,” said Rojas Marquez.

Hadler and the New York Immigration Coalition are continuing their work for health insurance for everyone regardless of status. They’re also working towards persuading New York officials to guarantee continued access to Medicaid for communities whose Temporary Protected Status will be ending in the near future.