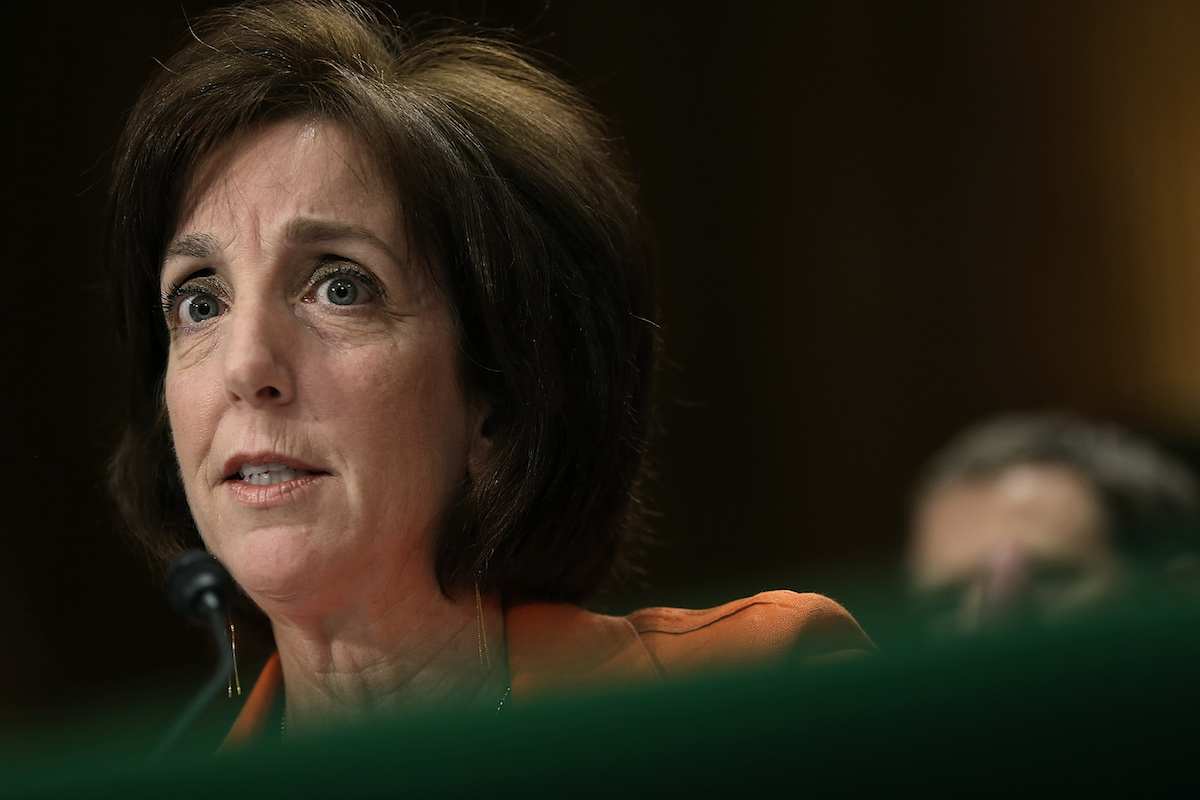 Roberta Jacobson when she was Assistant U.S. Secretary of State for Western Hemisphere Affairs in 2015. Recently, Jacobson was US Ambassador to Mexico, a position she is resigning from this May. (Photo by Win McNamee/Getty Images)

After two years on the job, U.S. Ambassador to Mexico Roberta Jacobson has announced that she will retire on May 5, 2018—the latest in a growing list of career diplomats to step down under Donald Trump.

Jacobson has worked in Latin America diplomacy for three decades, including in the Obama administration’s effort to reopen the U.S. embassy in Cuba. She is an undisputed Mexico expert, highly regarded for her deft touch in smoothing ruffled Mexican feathers after undiplomatic presidential tweets. Her love of Mexican culture has endeared her to the nation.

Many analysts see this seasoned diplomat’s departure as a devastating blow to U.S.-Mexico relations, which have grown tense under President Trump. His administration has sought to renegotiate the North American Free Trade Agreement, deport thousands of Mexican citizens living in the U.S. and repel “bad hombres” with a border wall.

The White House’s recent announcement that the U.S. will impose tariffs on steel imports —including on its NAFTA partners, Canada and Mexico— have spurred calls for retaliation south of the border.

We have large trade deficits with Mexico and Canada. NAFTA, which is under renegotiation right now, has been a bad deal for U.S.A. Massive relocation of companies & jobs. Tariffs on Steel and Aluminum will only come off if new & fair NAFTA agreement is signed. Also, Canada must..

Yes, these two neighbors are more at odds than I’ve ever seen in a quarter century of analyzing, teaching and writing on U.S.-Mexico relations. But I wager the bilateral relationship will survive Jacobson’s departure.

Both Countries Need Each Other

Mexico and the U.S. are key commercial partners, trading US$1.5 billion in goods and services every day. Together, the two countries did more than $556 billion in business last year. Mexico is the first or second export market for 28 U.S. states and the single largest market for U.S. corn exports. Mexico is also the third main supplier of imported goods and services to the U.S.

The United States and Mexico also produce things together. Thanks to NAFTA, the U.S.-Mexico border doesn’t matter in product supply chains: An automobile may cross it as many as eight times in the manufacturing process. No other country in the world, with the possible exception of Canada, is as tightly integrated with the U.S. economy.

In other words, the U.S.-Mexico relationship will survive Jacobson’s resignation in part because markets in both countries depend on it.

Full disclosure: Roberta Jacobson is a personal friend of mine. So I can attest that she has ensured that her departure will not derail diplomatic relations.

Jacobson, a smart leader, recruited a talented team to work with her in Mexico City, led by her Deputy Chief of Mission William Duncan. Duncan, who previously served a tour in Mexico City as the embassy political officer, has been on the ground there since 2015.

Having previously worked on the international drug trade in Bogota, Colombia, he is also well-versed on counter-narcotics—always a focal point of the U.S.-Mexico relationship.

My sources say Duncan and other key foreign service officers will remain after Jacobson leaves. That should ensure the effective daily management of what is, in my assessment, America’s most complex but underappreciated bilateral relationship.

Business and Bureaucracy to the Rescue

I’m also heartened by the knowledge that the U.S. and Mexico are bound by generation of bilateral collaboration and mutual understanding. Government officials from both sides of the border have a long tradition of meeting frequently to manage such diverse policy challenges as trade, security, immigration and public health.

That won’t change with Jacobson’s departure. Tedious as it sounds, bureaucracy can ensure that calm persists beneath the surface when quarreling presidents roil international waters.

In my opinion, reports that the Trump administration will nominate Ed Whitacre to replace Jacobson are reassuring, too. A former AT&T and General Motors executive who brought the bankrupt auto manufacturer back from the brink, Whitacre should intimately comprehend the economic importance of the bilateral relationship. And, by all accounts, he is pro-NAFTA.

The 76-year-old previously partnered with the Mexican telecoms billionaire Carlos Slim, and he served on the board of Exxon Mobil back when Secretary of State Rex Tillerson was CEO. I suspect Whitacre, who is a born Texan, understands the realities of U.S.-Mexico relations better than the White House.

Despite these positive signs, I do worry for the future.

I know that Ambassador Jacobson resigned in large part because she, like many of her State Department colleagues, was frustrated working in an administration that does not value the insights and advice of its best diplomats. Over the past year, Tillerson’s agency has lost dozens of mid-level officials and senior diplomats, including North Korea envoy Joseph Yun and Security Chief Bill Miller.

The gutting of the country’s diplomatic corps has, in my assessment, degraded the State Department’s ability to do its critical job, which is advising the White House and Congress on the essential nuances in U.S. foreign policy.

This has already damaged American influence worldwide and in Mexico. Two years ago, 66 percent of Mexicans viewed the United States favorably, according to Pew surveys. Today, two-thirds of Mexicans see the U.S. negatively. Just 5 percent have confidence in President Trump.

A Wild Card South of the Border

Mexican politics may also complicate future relations. President Enrique Peña Nieto has mostly refused to respond to public pressure to return Trump’s broadsides against his country because his administration sees cooperation as key to a successful NAFTA renegotiation. His restraint has offended Mexicans.

Mexico’s next presidential election is July 1. The leading contender, Andrés Manuel López Obrador, is both far less patient and much more nationalist than Peña Nieto. As president, he may well see political advantage in distancing Mexico from Trump and the U.S.

The complexity of the enduring but endangered U.S.-Mexico relationship demands that the U.S. put its best diplomatic foot forward. With luck, Jacobson’s team will continue to do that under Whitacre’s leadership.