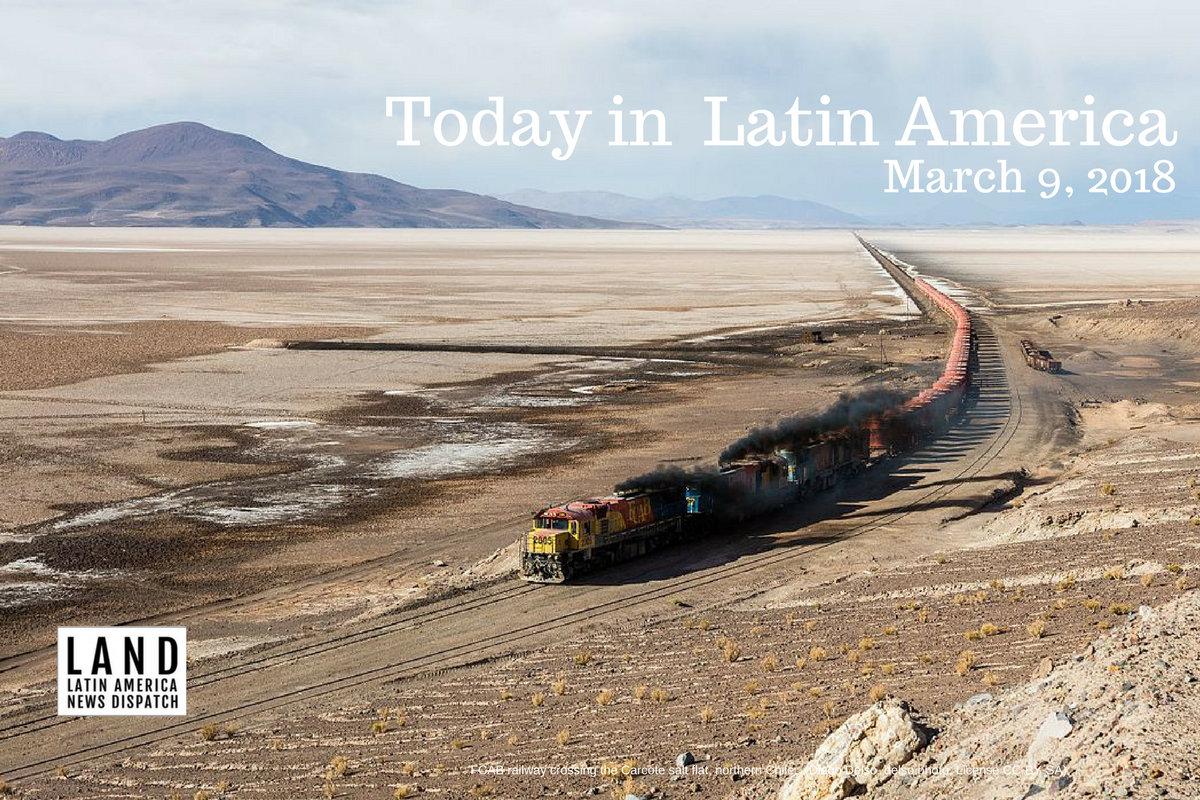 The Comprehensive and Progressive Trans-Pacific Partnership had been originally envisioned by the U.S. government as a counterbalance to China. But after Trump withdrew the United States from the deal last year, the other countries pushed on with it, later eliminating several provisions that U.S. negotiators had required. The 11 countries, which together add up to 13 percent of the global economy, include Chile, Peru, Mexico, Canada, Australia, Japan, New Zealand, and others.

Trump, meanwhile, decided to temporarily exclude Mexico and Canada from his new tariffs order under the condition they agree to renegotiate the North American Free Trade Agreement in April.

The U.S. Embassy in Mexico closed its consular office in the Mexican resort city of Playa del Carmen Thursday, citing a credible security threat. U.S. government employees are forbidden from traveling to the Caribbean town and citizens have been warned to take this information into account before going there. Mexican officials said the city, which is a major tourist spot in the Maya area, is safe and noted that President Enrique Peña Nieto attended an ocean conservation conference there the same day as the U.S. government announcement. The warning comes days after a ferry explosion on February 21 and the discovery of undetonated explosives on another ferry from the same company last week, although U.S. officials said the new threat is unrelated.

Former Colombian president Andrés Pastrana and former Bolivian president Jorge Quiroga say they were detained in Havana’s airport when traveling to Cuba this week to receive an award from a local opposition group. The incident comes months after a group of foreign dignitaries hoping to attend an event organized by dissident groups were turned away from the island.

As Nicaraguan authorities state their nation is the country with the least women homicides, a new Amnesty International report argues the country has seen an increase in more brutal femicides. The organization, claiming the government does not update its information to manipulate an image of safety, found that 55 women and girls were killed last year because of their gender.

Pope Francis announced this week that Óscar Romero, the Salvadoran archbishop who was killed in 1990 while celebrating Mass, will be made a saint. Romero was known for championing the poor and speaking against repression.

Opposition lawmakers in Peru introduced Thursday an impeachment motion to remove President Pedro Pablo Kuczynski from office on grounds of “moral incapacity” for his links with the continent-wide corruption scandal of Brazilian firm Odebrecht. Kuczynski narrowly avoided a similar vote in December when the party of Kenji Fujimori abstained from the vote in an apparent exchange for the pardon of his father and former president, Alberto Fujimori.

Rodrigo “Timochenko” Londoño, leader of the recently demobilized Colombian rebel group FARC, decided to quit the presidential race after his second heart surgery in a week. The group had already suspended the campaign after violent mobs upended their events. Meanwhile, presidential frontrunner Gustavo Petro, another former leftist guerrilla, visited the Organization of American States in Washington Thursday to ask for a special mission to oversee the Colombian elections after his convoy was attacked on Friday.

Diplomatic relations between Argentina and China are straining over the continued trespassing of Chinese fishing boats into Argentina’s territorial waters. On Thursday, an Argentinian federal judge issued an international capture order for five Chinese boats that had allegedly been fishing illegally in the exclusive economic zone off the Patagonian coast. China, which has the world’s largest fishing operation, recently had boats seized by Senegal, Guinea, Sierra Leone and Guinea-Bissau.