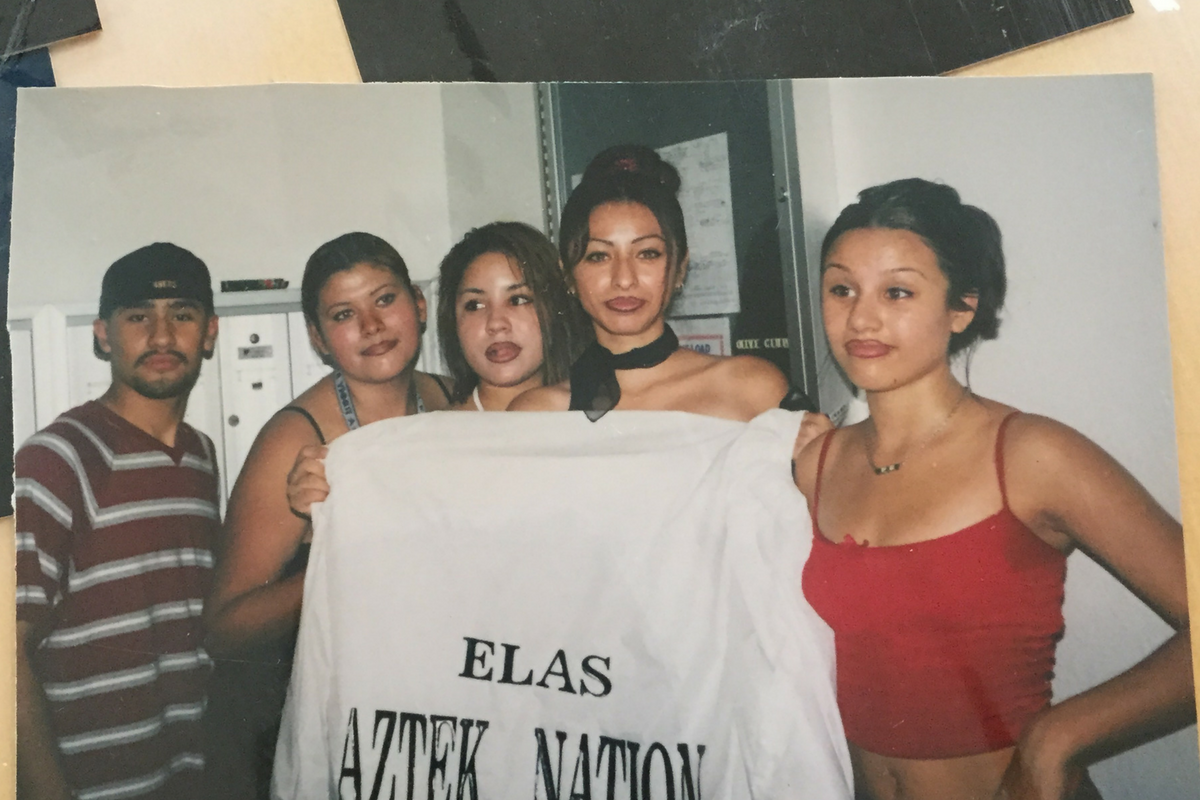 When Guadalupe Rosales began “Veteranas and Rucas,” her motivation was simple—to remember the parties and scenes of her youth in 1980s and 1990s East Los Angeles. She had been living in New York City for several years and couldn’t seem to find any traces of the backyard parties she had grown up attending. Her friends and family told her to move on. So she did just the opposite, searching and eventually finding magazines, posters, photographs and music from the party scene that she had once been a part of.

And in the spirit of celebrating nostalgia, Latino USA host and executive producer Maria Hinojosa shared some photos of her youth.

In this first photo, Maria is posing in a satin disco get-up. In this other photo, Maria is on her way to prom during her “Goth moment.”