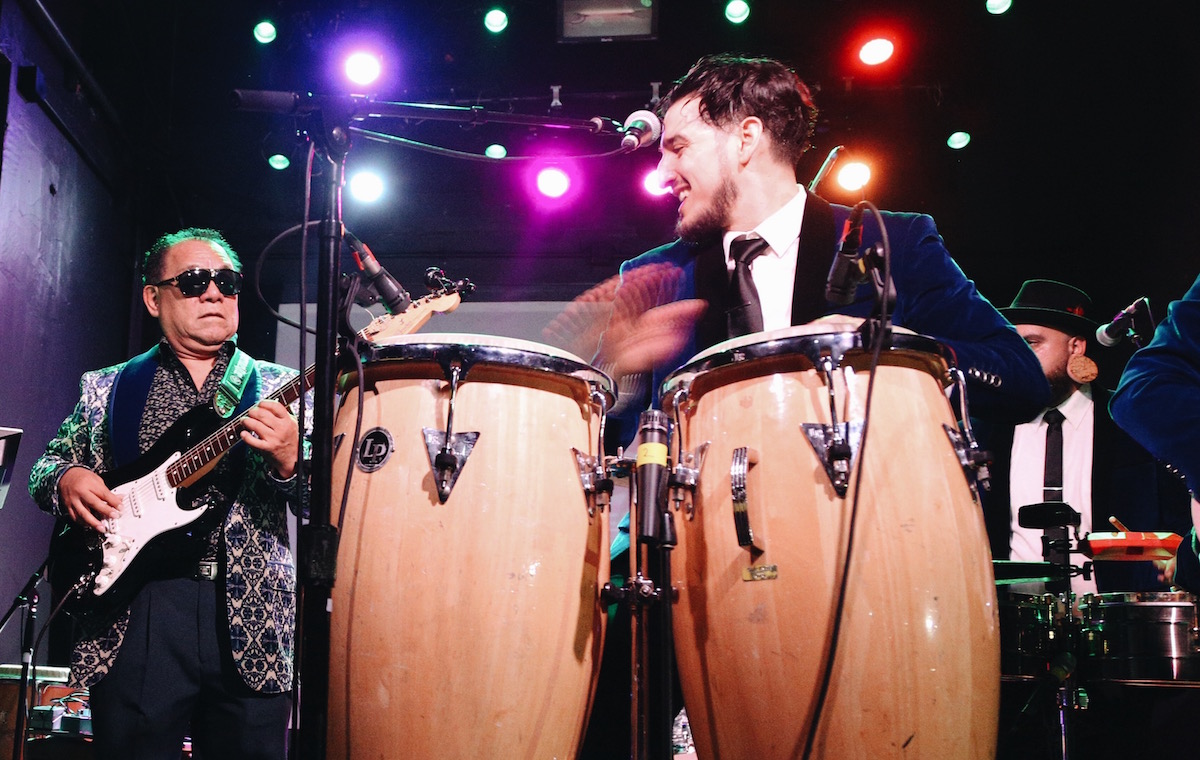 The ’60s and ’70s are known as a golden age of music in the United States: the age of rock, funk and salsa. But more than 3,000 miles down south in Peru, there was another golden age brewing, a style of Peruvian cumbia called “chicha.”

Led by the electric guitar, the sound of chicha is a fusion of Colombian cumbia, Andean huayno, Amazonian melodies and psychedelic rock. The style originated in Peru’s capital, Lima, where indigenous and rural migrants settled—bringing their musical traditions from the coast, highlands and jungle. The sound resulted in a mix of nostalgia and modern city sounds.

And over the past decade, there’s been a big revival of interest in chicha music outside of Peru.

Jason Zepeda, the lead vocalist of a Los Angeles band called La Chamba, is one of those people involved in the chicha revival, and La Chamba’a debut album, Ecos de la Selva, is an ode to traditional chicha songs of the past. In this segment of “How I Made It,” Zepeda shares how the band managed to capture a bit of chicha’s history with their cover of “Cariñito,” originally played by Hijos del Sol, and how he worked with the original guitarist on the 1979 track, José Luis Carballo, to make the cover as true as it can be.