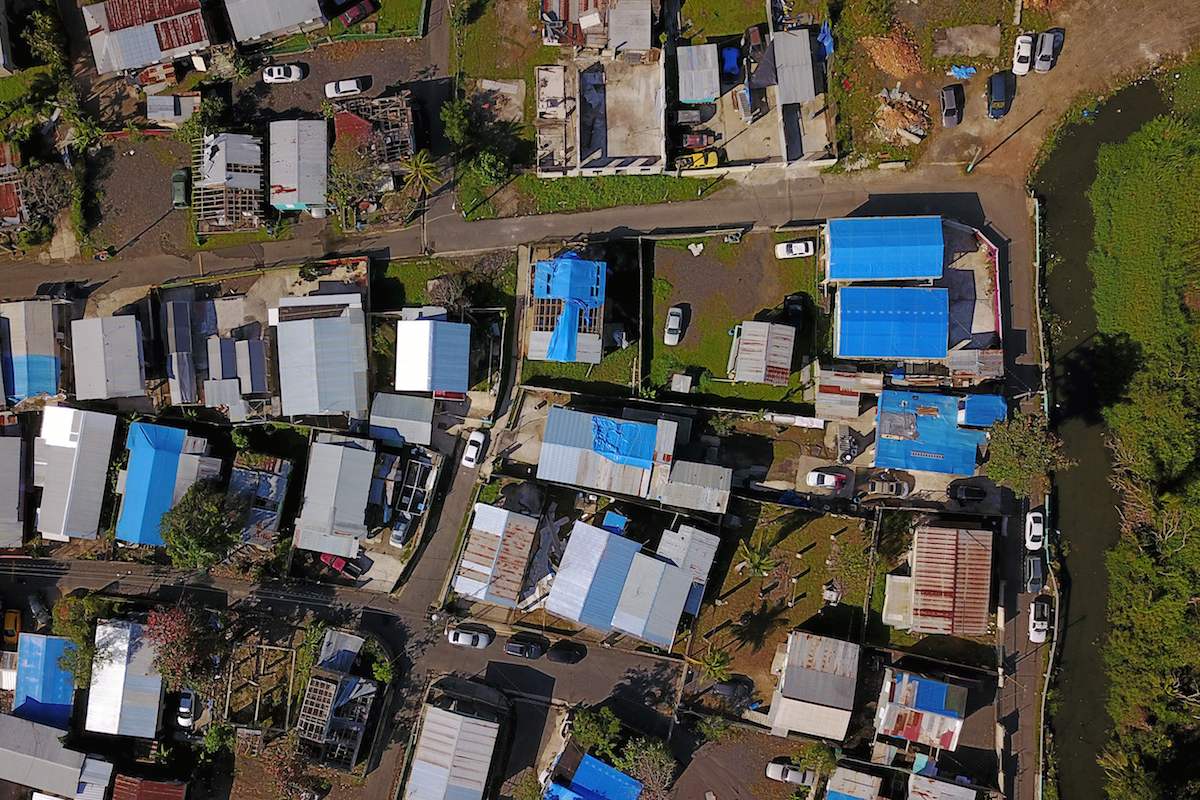 EDITOR’S NOTE: The opinions expressed in this piece are solely those of the author and do not reflect the views of Latino USA. A Spanish version of this piece is here.

It’s been six months after Hurricane María roared over Puerto Rico, yet its darkness lingers. Suicide attempts have tripled since the storm. More than 131,000 people remain without electricity, and blackouts are frequent. Over 70,000 families lost their homes. Half a year after, people are still dying because of the hurricane.

But from María’s darkness, has come light. The storm thrusted the island into the spotlight.

I was born and raised in Puerto Rico, and over the past 14 years, I have lived in Boston, Seattle, and San Francisco. I had never seen my homeland be a constant topic of national conversation. In the past six months, I have been asked about Puerto Rico’s political status, why its residents can’t vote for the president, and the impact of the Jones Act on the island’s broken economy, more than ever before in my life.

It feels like María knocked a collective blindfold off the eyes of many. The storm made the century-old and modern-day colonial inequalities Puerto Rico faces impossible to ignore. It made it painfully obvious that the island’s residents and its government have very little agency and decision-making power over its own affairs. This was evidenced over and over again by the local government’s dependence on U.S. aid to deal with the emergency, the federal government’s delayed response, President Trump’s downplaying of the severity of the disaster, and Congress’ failure to provide adequate relief funding for the island.

In addition to bringing intense attention to some of Puerto Rico’s long standing challenges, Hurricane María forced others to be seen in a new light.

Take migration, for example. Relocation from the island to the U.S. has been part of Puerto Rico’s history since 1898. But as much as the diaspora has been part of the island’s narrative and culture, the relationship has also been tense. The deep nostalgia for the ones who left has often been tinged with resentment and accusations of abandonment.

While Puerto Rico has experienced multiple migration waves over the past 120 years, the island has seen a steady exodus since 2006—when the current economic recession began. Almost half a million people moved to the mainland between 2006 and 2015 and now more Puerto Ricans live in the U.S. than the island. Since September 2017, an estimated 135,000 Puerto Ricans moved stateside.

Hurricane María was a watershed moment for the Puerto Rican diaspora. Immediately after the disaster, thousands of stateside Puerto Ricans (myself included) became the ears, eyes, and voice of the millions in the island who had no power or reliable ways to communicate. Across the U.S., the diaspora organized fundraisers, drives, and advocacy campaigns. We mobilized to do everything from sending medical supplies to making media appearances. Beyond money and material things, many donated their most valuable assets: their time and knowledge. I spent many a late night video chatting with friends across the continent planning advocacy campaigns, writing op-eds, and reaching out to my contacts and networks for help.

Hurricane María made the Puerto Rican diaspora visible beyond strongholds like New York, Connecticut, Illinois, or Florida, showing that there are boricuas even in China. The conversation felt different. There were no accusations of the diaspora swooping in as a savior. María may have accelerated the growth of the diaspora, but it also revealed the secret to unleashing the power in our numbers: unity.

We must hold on to that solidarity and can-do spirit to rebuild Puerto Rico. Six months after Hurricane María, now that the emergency has largely passed and things are going back to “normal,” we must not lose momentum. As interest in Puerto Rico fades, we must keep the discussion about what is going on in and with Puerto Rico alive in our circles. We must take every opportunity to have conversations with our neighbors, co-workers, and even strangers and recruit them to be advocates and supporters of Puerto Rico.

We need to stay engaged, keep track of how our elected officials in Congress are voting on issues related to Puerto Rico and hold them accountable. After María, I called my senators and representative, for the first time in my life. Making a call a day to ask them to support Puerto Rico may not feel like much, but the collective pressure works.

The diaspora must stay connected to family, friends, and organizations on the ground in Puerto Rico. By virtue of our zip codes, stateside Puerto Ricans have the political power, but we need strong and continuous dialogue to ensure that our advocacy and actions are rooted on the needs and realities on the island. Six months ago, Maria revealed that when we focus on a common purpose—the island’s well-being—there is no de aquí or de allá, islanders versus diaspora, but one Puerto Rico, and that we are a force to be reckoned with. Let’s continue leveraging our collective power and stepping into the spotlight, por nuestra gente.