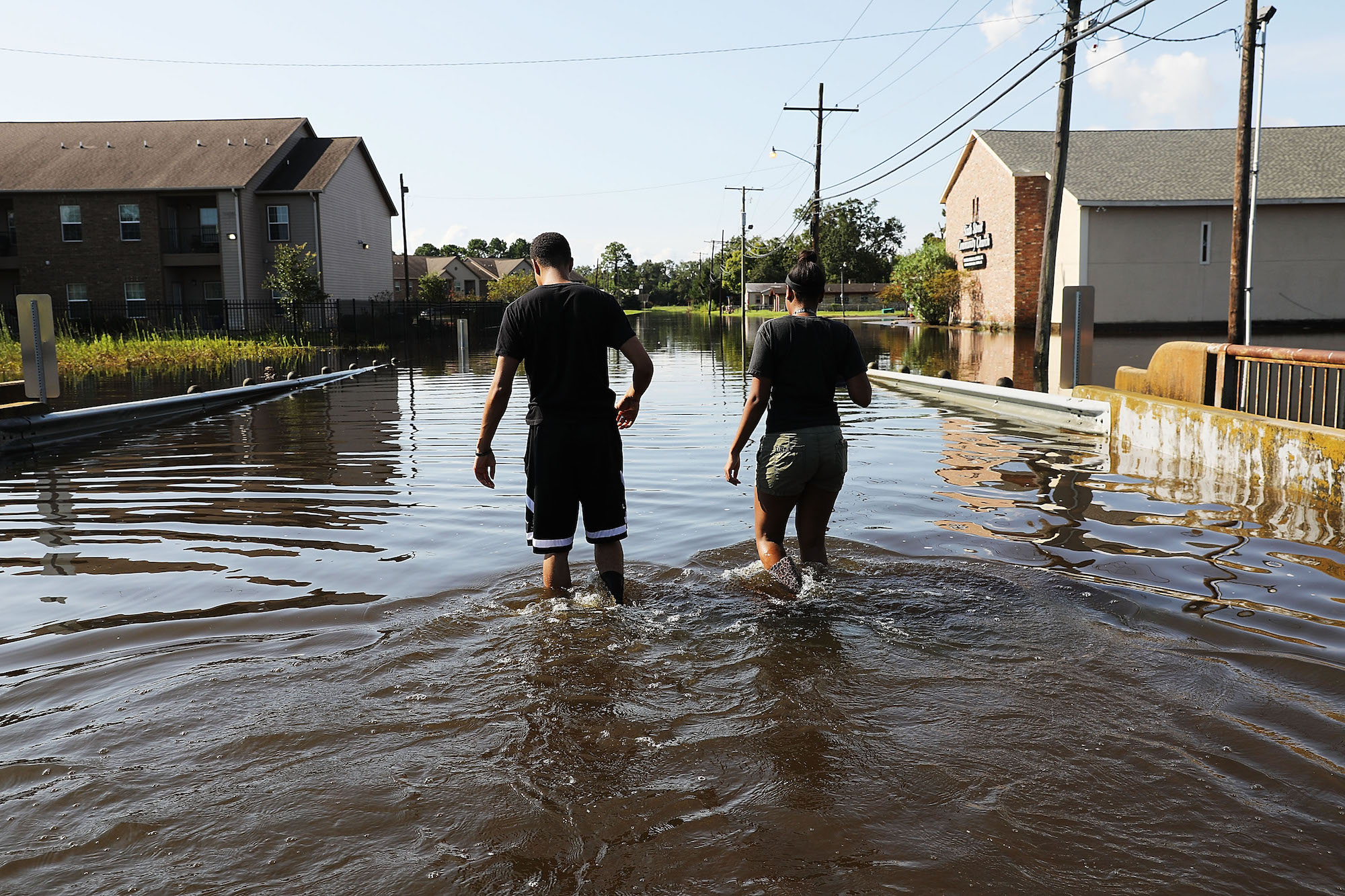 A recent study released by the Kaiser Family Foundation (KFF) and the Episcopal Health Foundation (EHF) titled “Hurricane Harvey: The Experiences of Immigrants Living in the Texas Gulf Coast” reveals the particular challenges the immigrant community faced in the wake of the August natural disaster. Of those interviewed, although 64 percent of those surveyed experienced job or income loss and 74 percent reported property damage, nearly half hadn’t sought out help. According to the study, 56 percent of those who are likely to be undocumented immigrants say they are very worried or somewhat worried that if they try to seek help, they will draw attention to their own status or that of a family member.

“We did know going into designing the study that the immigrant community would be interesting because we knew, anecdotally, that undocumented immigrants needed more help,” said Liz Hamel, the lead researcher for the study and Director of Public Opinion and Survey Research at KFF, told Latino USA.

While surveying all demographics, researchers discovered this and other unique challenges experienced by the area’s immigrant community and decided to release a briefer, in-depth look at immigrants’ challenges. Approximately a quarter of those surveyed identified themselves as immigrants, and seven in ten of those immigrants identified as Hispanic. Meanwhile, about one in five immigrants who are legal residents worry about drawing attention to someone else’s status. About 40 percent of Texas’ overall population is Latino or Hispanic, according to the 2010 Census.

While the study showed that the overall priorities among different demographics were the same —all reported financial strain and home loss— it revealed that immigrants experience those issues at a larger scale. For example, immigrants were less likely to have either flood or homeowner’s insurance, at 41 percent versus 55 percent of native-born residents; researchers speculate it may be due to economic status.

On the other hand, the study also found that immigrants are less likely to apply for disaster relief from the Federal Emergency Management Agency (FEMA) or the Small Business Administration (SBA). Only one in four immigrants who said their homes had been damaged applied for disaster assistance, compared to two-thirds of native-born residents.

Undocumented immigrants are eligible for some FEMA aid. According to FEMA’s website, undocumented immigrants may be entitled to Crisis Counseling or Disaster Legal Services, and “other short-term, non-cash, emergency aid.” However, they are not eligible for cash assistance programs, but they can apply on behalf of their child if the child was born in the US. Hamel said that the requirements for aid eligibility are ambiguous for some. “Many of the people we surveyed were confused about the decision-making process and about how aid was distributed.”

Black and Hispanic residents and those with lower incomes were also more likely than others to say they lack an interpersonal support network, according to the study. Only 31 percent of Hispanics and 26 percent of Black residents reported saying they have people living nearby that they can “rely on for help and support,” compared to 48 percent of White residents.

Sao-Chee Sim, who lead research through EHF and lived through Hurricane Harvey himself, was surprised at this revelation. He says it may have considerable effects on the mental health of these communities.

“I lived through police officers knocking on my door and telling me I had to evacuate, and the first thing I did was call family and friends,” he said. “So that raises the question of what people do when they’re alone and do not have the knowledge to research and navigate their options.”

The study is part of a larger survey which sampled all demographics from 24 counties along the Texas Gulf Coast, which Hurricane Harvey ravaged on August 25, 2017, when it made landfall as a powerful Category 4 storm and dumped a historic 60 inches of rain over two days. Hurricane Harvey caused damage of up to $195 billion, tied with Hurricane Katrina as the costliest Atlantic hurricane in history.

The full study is below: