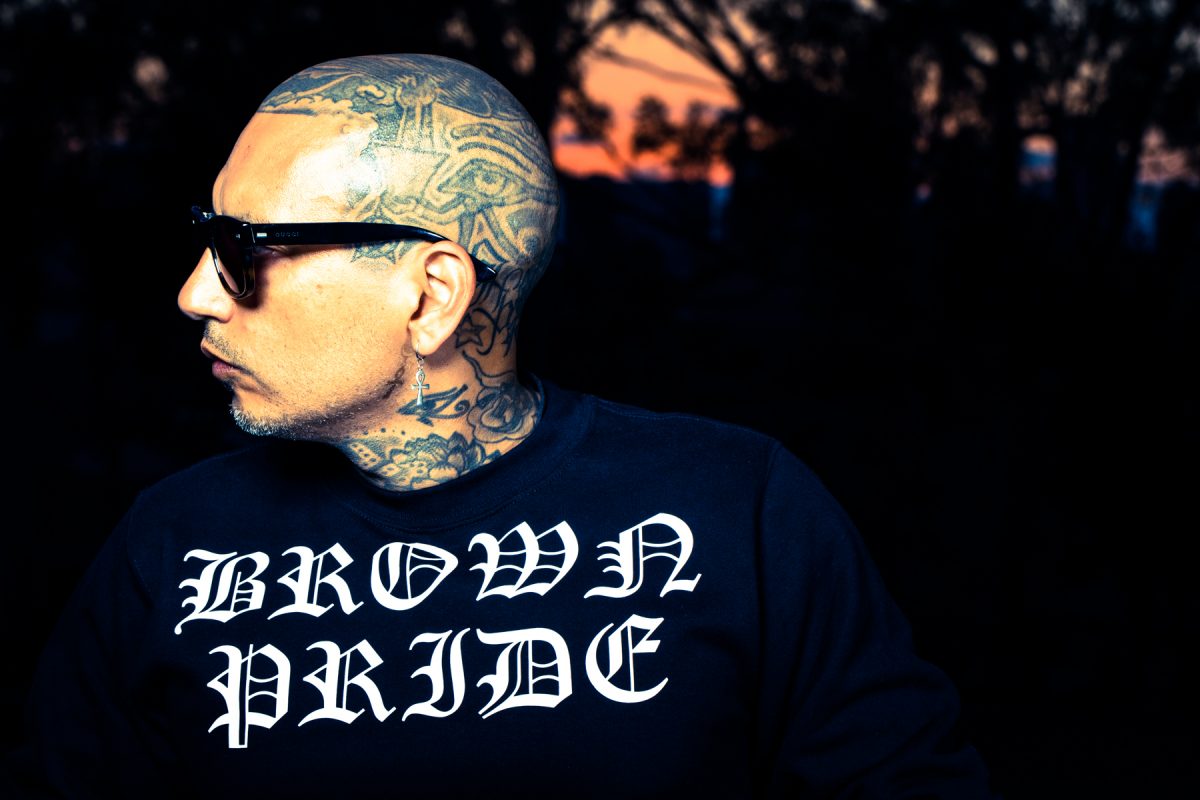 “Cholo Goth” is a term coined by Leafar Seyer as a way to identify himself as a person living in multiple worlds. Born Rafael Reyes, he rose to fame in 2013 with the electronic band Prayers—founded by two Mexican immigrants, himself and Dave Parley.

The band’s dark visual aesthetic and often brutal lyrics are inspired by his tumultuous personal life as a former gang member and Luciferian. That pain has crossed over to art. Leafar Seyer is currently exhibiting his first art show, “The Pain Isn’t Over,” in Los Angeles, which is on display until April 8.

Maria Hinojosa sits down with Leafar Seyer to discuss the intersection of his identities and the pain that he’s currently grappling with.