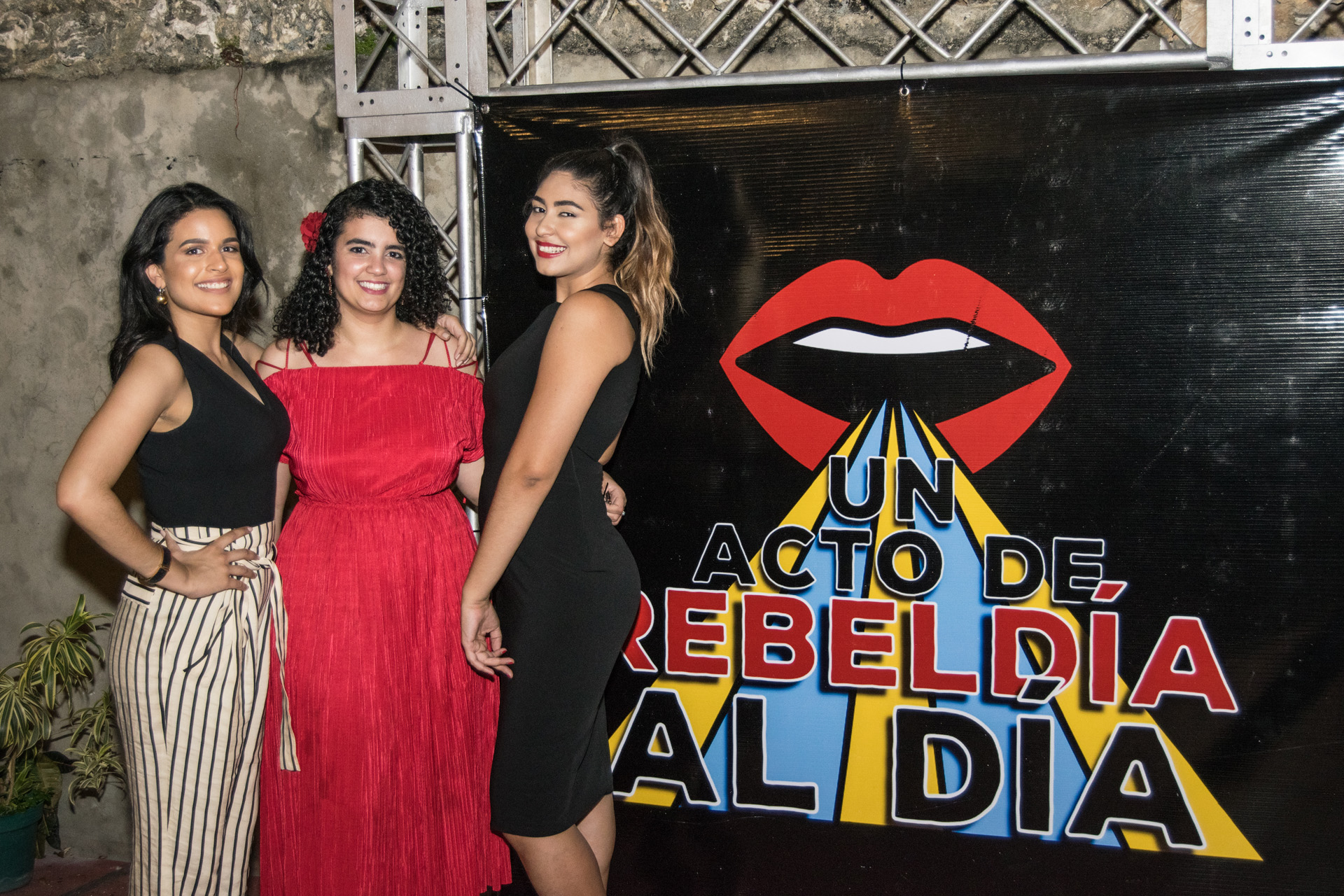 Last year, 207 cases of femicides were reported by the Dominican Republic’s Ministerio de la Mujer (Ministry of Women), making it the deadliest year under the current presidency. According to a 2016 report by United Nations Women and the United Nations Development Programme (UNDP), Latin America and the Caribbean are some of the most violent regions in the world for women. Due to this epidemic, various movements in different countries throughout the region have been ignited over the years. From the Peruvian and Argentine movements #NiUnaMenos (Not One Less), to the #NiUnaMás (Not One More) movement in Mexico.

Three young Dominican women have decided that they’ve had enough: they will not only take part in these movements but will create a project of their own. They have started by highlighting the issue of violence against women at its most basic level: microaggressions. Un acto de rebeldía al día (One Rebellious Act a Day) is an audiovisual project that talks about effects of machismo at a small level, and how even this can snowball into greater violence.

“When you talk about femicides and things like that, the people who actually listen at first are those who actually want learn about this or are willing to change their perspective. Microaggressions are so common, anyone can see and understand what’s going on,” Isabella Breton, the film’s director, the film’s director told Latino USA. She felt that if they had shown outright physical violence, audiences would say that they’d never do something like that but because microaggressions are so common, those watching the film could realize how they do perpetrate or allow a culture of toxic masculinity.

The concept for the short film was inspired by a poem that one of the co-creators, Gabriela Ortega, wrote after learning about the brutal murder of Emily Peguero. Ortega couldn’t wrap her head around the kind of entitlement that comes with taking someone’s life.

“The poem [Niña] is about uninhibited freedom. [About a] young girl running around barefoot and she’s not sexualized. She’s just a girl. To me, there was something rebellious about that,” Ortega said. “Un acto de rebeldía al día became a catchphrase and it’s all these little things that we can do every day that make us feel empowered.”

Ortega wanted the poem to be more than a piece of writing, so she met with Breton and Nicole Coiscou, the film’s producer, to talk about how they could create a dialogue about machismo in Latino culture, pointing to how even catcalling contributes to violence against women.

In two weeks, they finished the short film, which is narrated by the poem. It is divided by different episodes, each one an instance of some sort of microaggression. “We have everything from office harassment to the typical nude leaking situation to the stigma around periods and using tampons,” said Coiscou.

An installation where viewers and participants are prompted to share their experiences is present at each screening—a clothes rack with two lightbulbs hanging on opposite ends of a hanger. One side is splattered haphazardly with red paint, the other painted white with white flowers wrapped around it. Inside the bulb on the red side are newspapers with news of violence against women and pieces of the short film that displays examples of toxic masculinity: catcalling, being followed at night. On the other side, the audience can take small pieces of wood and write their “acts of rebellion.”

“People write anything from wearing what [they] want to not letting [their] guy friends talk about women in certain way. At the end of every event, it’s always tilted towards the good side,” Coiscou told Latino USA.

The creators have been in contact with some people within the Dominican Republic’s government who want to see change happen in their country in terms of femicides.

“They’re very interested in having a co-production of our next project so we can take it to schools because there’s a generation that’s coming up that is very aware of what’s going on and wants to change,” Ortega said. Their goal is to restructure the way in which machismo culture in Latin America is allowed to grow. In the future, they hope to see more workshops and events that go directly to those who are immediately affected by this issue. For now, Ortega says, they’re just excited to see people tagging them, speaking about their small acts of rebellion. This has given space for other artists and activists to also tell their stories.

These young women recognize that this is also not just a project that will affect their community in the Dominican Republic. Even though the short film is in Spanish, they feel that the actions are universal enough that anyone can understand them. However, starting this conversation in their home country was important, because even while being in the midst of the #MeToo movement, Ortega says that the Dominican Republic is a little behind on the issues of feminism and gender violence. An issue that often plagues developing countries as they face exploitation, and historical oppression from countries deemed “developed.”

The project premiered in Santo Domingo on January 4. They have now held screenings in Punta Cana, New York City, Los Angeles and in the Dominican Embassy to the United Kingdom.

“By this point, I don’t think it’s just a project, I think it’s a movement,” Coiscou noted. “And we’re on the first step, which is awareness. We want people to know there’s an issue. We want people to talk about it so that they become aware of this so early on that hopefully someday through education this won’t be a problem anymore.”