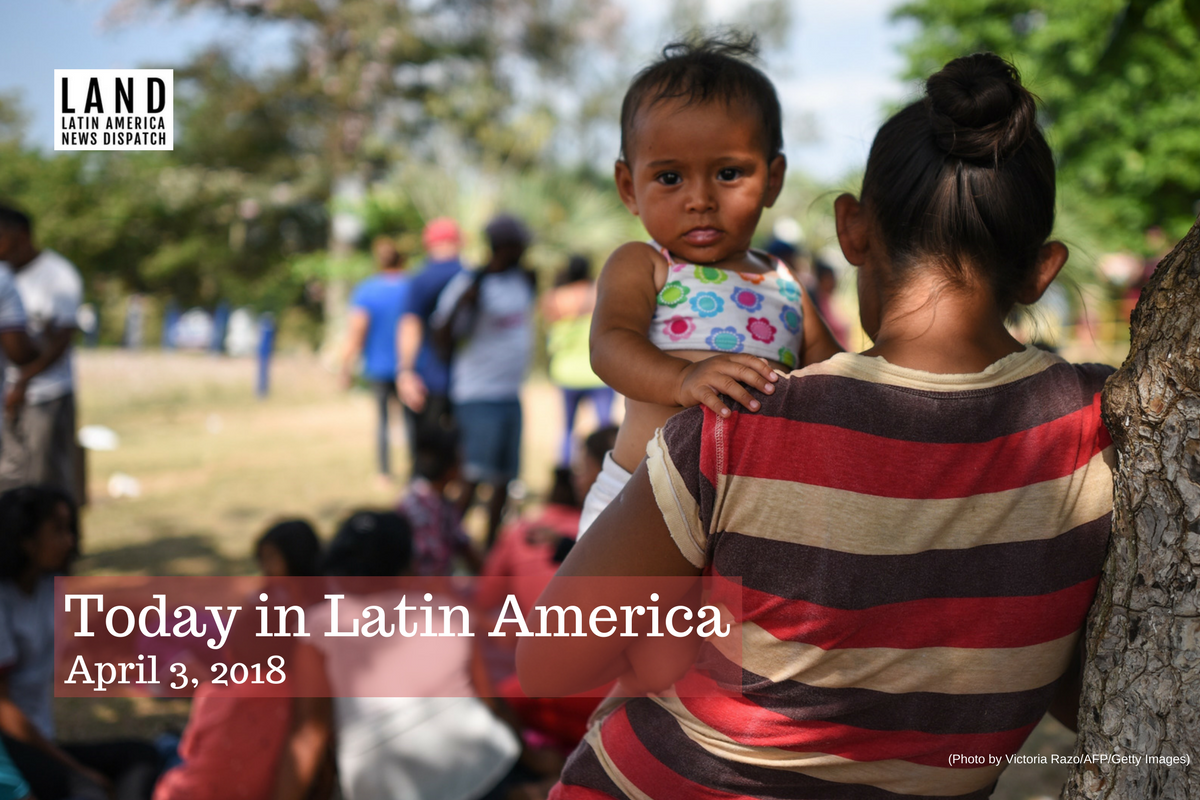 U.S. President Donald Trump continued yesterday with a flurry of misleading tweets slamming Mexico for its alleged lax border enforcement, notwithstanding the country’s border plan from 2014 resulted in a spike in the number of deportations. Trump also zeroed in on a migrant caravan composed largely by Hondurans who crossed the southern border of Mexico and are making their way to a conference on migration issues scheduled to take place at the end of this month in the central state of Puebla. Easter-season caravans such as this one, known as Stations of the Cross, have been held for the past five years to protest the deaths and kidnappings of Central American migrants who travel through Mexico. Trump portrayed them as an ominous group wanting to take advantage of DACA, even though the program is closed to new entrants and was scrapped from the U.S. Congress’s 2018 spending bill.

These big flows of people are all trying to take advantage of DACA. They want in on the act!

Trump also claimed the 1994 North American Free Trade Agreement, which is currently being renegotiated, enriched Mexico at the expense of the United States. Meanwhile, Mexico’s President Enrique Peña Nieto called for mutual respect and said the negotiating table was the only space in which to discuss NAFTA.

A wave of violence related to drug cartel activity took the lives of 17 people in Mexico this past weekend in two separate events. In the gulf coast state of Veracruz, a prison riot broke out as prisoners allegedly resisted the transfer of four inmates to a maximum-security federal prison, resulting in the death of six police officers and two inmates. Meanwhile, in the western state of Jalisco, turf of the Jalisco drug cartel, one police officer and eight gunmen were killed in an hour-long shootout that sparked when security forces patrolled the town of Jalostotitlán.

A Mexican bishop from the Coast state of Guerrero revealed he met with drug-cartel leaders to negotiate conditions for non-violence in the upcoming July elections. He said they demanded politicians stop buying votes and uphold their campaign promises when voted into office. Since the electoral cycle began, 11 political figures have been killed in the state, including two local pre candidates from the drug-planting Chilapa district.

During an official visit to Havana over the weekend, the General Secretary of the Vietnamese Communist Party (PCV), Nguyễn Phú Trọng, met with Cuban President Raúl Castro. The two-day trip included the signing of nine bilateral agreements between the two nations, among the last communist-run in the world. Phú Trong received an honoris causa degree from the University of Havana, and in a host lecture, advocated Cuba’s economy be liberalized. Phú Trong said that “to build socialism with success it is necessary to develop a market economy in an adequate and correct way.”

Salvadoran Catholics demanded more security after a priest was murdered in a suspected gang killing during Holy Week. Thirty-six-year-old Walter Osmir Vásquez travelled with other parishioners to officiate Holy Thursday mass in Lolotique, San Miguel, eastern El Salvador, when he was stopped and subsequently killed by a group of armed men wearing masks. El Salvador continues to have one of the highest homicide rates in the world: about 3,962 murders were registered in the tiny nation just in 2017.

Ten days after the resignation of Pedro Pablo Kuczynski, Peru’s new president, Martín Vizcarra, named the members of his new cabinet. The Ministry of Finance will be headed by David Tuesta, who previously worked for the BBVA Bank, whereas his counterpart in the Ministry of Energy and Mines will commanded by Francisco Ísmodes, the former manager of local mining group Milpo with over 20 years of experience in the industry.

A 6.8-magnitude earthquake was recorded in Bolivia yesterday morning, leaving no reported damages or injuries. The seismic movement’s epicenter was recorded in Sucre, in the country’s southern highlands. Tremors were felt in the Brazilian cities of São Paulo and Brasília.

Some 7,000 federal tax auditors plan a two-day strike in Brazil, starting today and affecting customs at ports and airports. The Federal Revenue Service’s union, Sindireceita, demands for the imbursement of a salary bonus could delay the work of tax inspectors, lowering income tax revenue.

Yesterday, Brazil’s top electoral court announced that transgender persons will be able to change their names and gender in the electoral documents needed to vote in the upcoming elections. Also, transgender candidates for houses and prefectures will be counted towards the gender quota of the gender they identify as, as the law says that at least 30 per cent of the candidates presented by a party must be of the opposite sex.