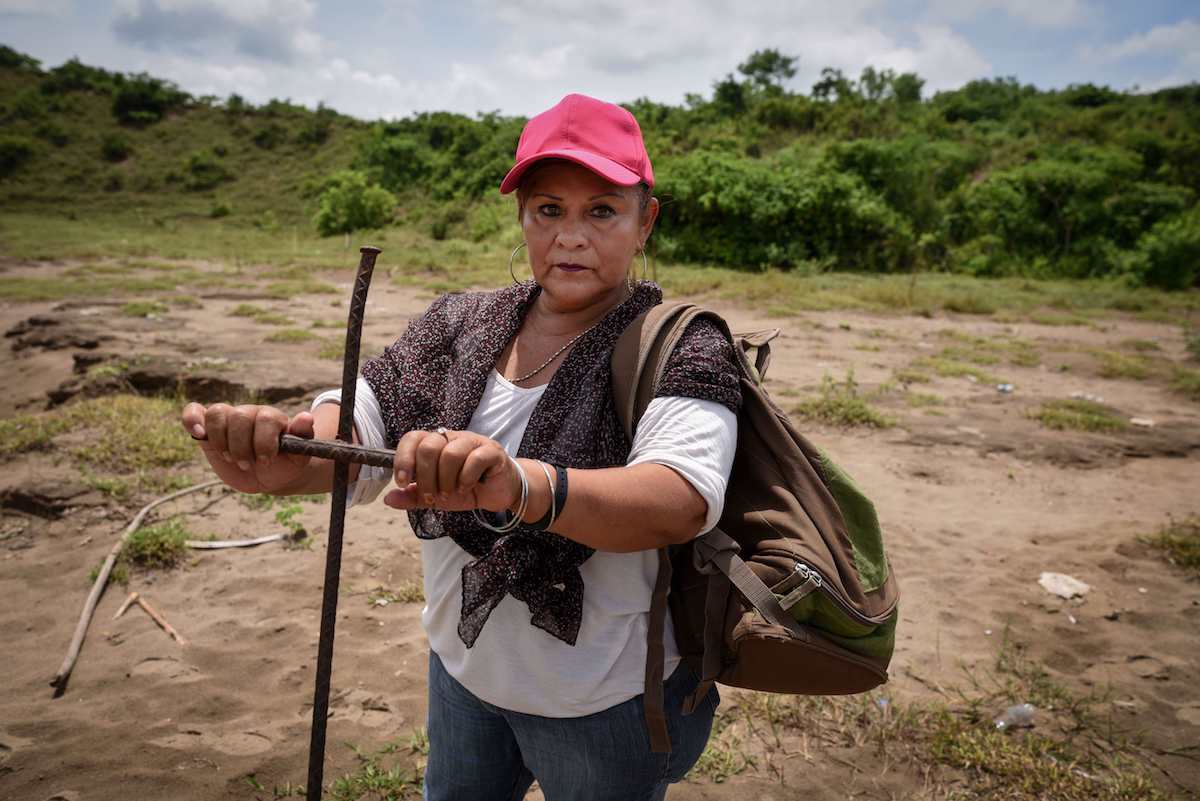 Upon learning of her son’s 2013 disappearance in her home state of Veracruz, Mexico, Lucy Díaz Genao expected an investigation after she alerted police. But a year later, nothing was found, and all evidence related to the case had mysteriously vanished. This convinced Genao that the police were in cahoots with her son’s kidnappers, a common occurrence in Veracruz—the coastal Mexican state that has become an epicenter for government narco collusion.

In desperation, Genao reached out to every Veracruz mother with a missing child that she could find. The WhatsApp group she started, which Genao named “Solecito,” quickly ballooned into 150 mothers trading stories and collectively realizing that the state was either unwilling or unable to find their children. That’s when Genao hit upon the idea of excavating narco gravesites.

When Genao and the Solecito group began excavating a barren field on the outskirts of Colinas de Santa Fe last year, they didn’t expect to find the largest mass grave in Mexican history. Most of the women had never dug a garden in their backyards, let alone exhumed a body. Besides, police had already surveyed the field. What was a group of distraught mothers going to find that professional law enforcement couldn’t? So far, they’ve found 287 bodies packed into 137 holes.

In this segment, reporter Jesse Alejandro Cottrell visits Veracruz as the mothers of Solecito take a forensic archaeology course and prepare to search a new suspected gravesite in an old well.

This story was reported in partnership with Harper’s Magazine. A written version of this story is available in on harpers.org. Support for this segment was provided by the Ford Foundation, and in part by a grant from the Pulitzer Center on Crisis Reporting.