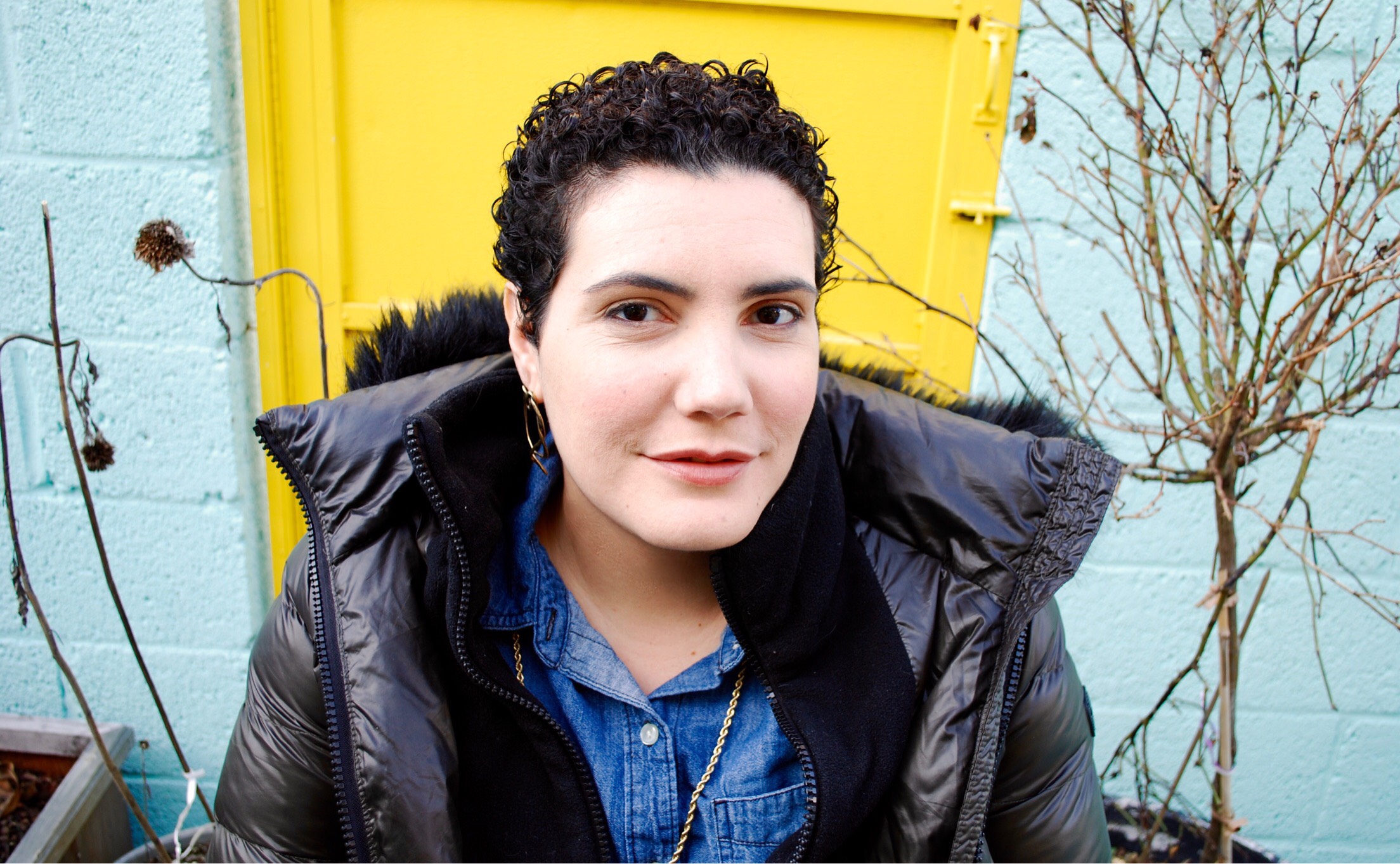 Raquel Salas Rivera is having quite the year.

The 32-year-old Puerto Rican poet was recently named the adult poet laureate of Philadelphia for 2018-2019, and has kept a busy schedule since. They were recently in Santa Cruz California State University at Monterey Bay’s Latinx Poetix Symposium, where Salas Rivera would read excerpts of their new book, The Tertiary.

Before being named poet laureate, Salas Rivera and their partner got some news coverage for raising thousands of dollars for LGBTQ Hurricane María survivors. Salas Rivera was also one of the editors of Puerto Rico en mi corazón, a project that gathered contemporary Puerto Rican poets and raised funds for an organization helping those impacted by the hurricane.

For National Poetry Month, Latino USA spoke with Salas Rivera over the phone to discuss their new book and their upcoming project as poet laureate: organizing the “We (Too) Are Philly” Festival, which will bring together poets of color for a POC audience over the summer.

“Basically, one of my responsibilities as poet laureate is to organize whatever I want,” they said with a laugh.

The title of your latest collection of poems is Lo terciario/The Tertiary. Where does that title come from?
In part, it was just me being humorous. I grew up with kind of a Marxist formation, and so I came out Marxism at a very young age. And so, Marx had this theory about commodities. He said, that in order for commodities to be exchanged, two powers need to come together to create a third commodity, which is qualitatively different from the first two but gives them value, and that third thing is usually labor.

So I began thinking about is the concept of the first and second world, created in the Cold War, and the idea of the third world, which is whatever is up for grabs. And it makes me think about colonialism and Puerto Rico, queer and transness, the binary of colony and empire, and what it’s like to be that third thing that gives value—the tertiary.

In the introduction, you state that the titles of the poems in this collection are derived from a 1976 Spanish translation of Marx’s Capital, and you also allude to activism in your youth surrounding the marina in Vieques. How did you become exposed to Marxism at a young age, and why does it influence your poetry?
When I moved to Puerto Rico at 14, I went to a Montessori high school, where I was allowed to take college courses at the University of Puerto Rico at Río Piedras, where my mother teaches, for high school credit. I went to poetry readings and became politically curious. The UPR has always been a space, and I hope will always be a space, for political debate and an exchange of ideas. At the time, I was searching for a space where I could identify as an anarchist, and I found it and started doing political work with them.

Eventually my mom started coming with me too. She was worried about me, she was like “where is my daughter going?” But she became involved as well.

In the poem “‘the more idle and unskillful the laborer,’” you mention Jason Bennick, a software CEO who settled his company in Puerto Rico, and the way you describe his business is quite sardonic.
I heard reporting about the debt crisis in Puerto Rico, and este hombre starts talking about how now is the time to invest in the island. He’s involved in the crypto-capitalist stuff, always keeping an eye out on the crisis. He’s just one of many, many people who have such a dehumanized vision of Puerto Rico, that they can just ransack this island. It could’ve been about anybody because he’s definitely not the only one.

When did you start writing this collection?
In 2016, way before Hurricane María. In fact, only one poem, the last one, was written after María (titled “‘the worker is limited to producing the value of his labor power’ (the longest fall).” What inspired this collection was that when I started writing it, the PROMESA bill had already been announced, but I didn’t think it was going to pass. The project took a much different turn once PROMESA passed.

Why didn’t you think PROMESA would pass?
The process of accepting it is very difficult. It takes a lot of cynicism to say “yeah, this is going to happen.” You don’t expect a worst-case scenario. But I followed it very closely, and hoped that it wasn’t going to happen. From over here, in the mainland, it’s even harder to watch.

We’re reminded of another poem in The Terciary, “Carta a una amiga gringa.”
That one is actually a series that I wrote with poet from the United States. I wanted to write about the debt, but her idea of the debt was so different. I struggled to write it in a language she would understand, but I knew she wouldn’t understand anyway. As empathetic as she was, there is a radical difference between being from Puerto Rico, a colony, and not being so; at a certain point, you have to accept that the ideas will be different. From there, it became a poem denouncing La Junta (the Fiscal Control Board which oversees Puerto Rico).

Did she understand?
Not initially, but about a year later, she wrote me a poem back.

Tell us about the book Puerto Rico en mi corazón, which was recently published and you helped translate.
I had already been in talks with Erica Mena for another project, but we felt so powerless and sad after Hurricane María’s devastation, and felt we needed to do something. So we contacted other Puerto Rican poets from the island and the mainland and asked them to send us their work —in Spanish, English, or both— and we translated them to produce a series of broadsides, and all proceeds go to Taller Salud, a feminist community-based organization in Loíza, Puerto Rico. The process of translating the collecting was very healing and beautiful. We’ll release it as a book in September.

Finally, tell us what it means to you, as a queer and non-binary person, to be selected Poet Laureate of Philadelphia.
It feels really neat to be that person. Even though I am white, the kind of person who usually gets to represent Puerto Rico doesn’t look like me. I don’t know of any other trans or non-binary individual who is in my position. It gives me space to talk about things that I don’t usually get to talk about, and engage with different kinds of people and gain a wider audience for these issues.

Responses were shortened for clarity and length.