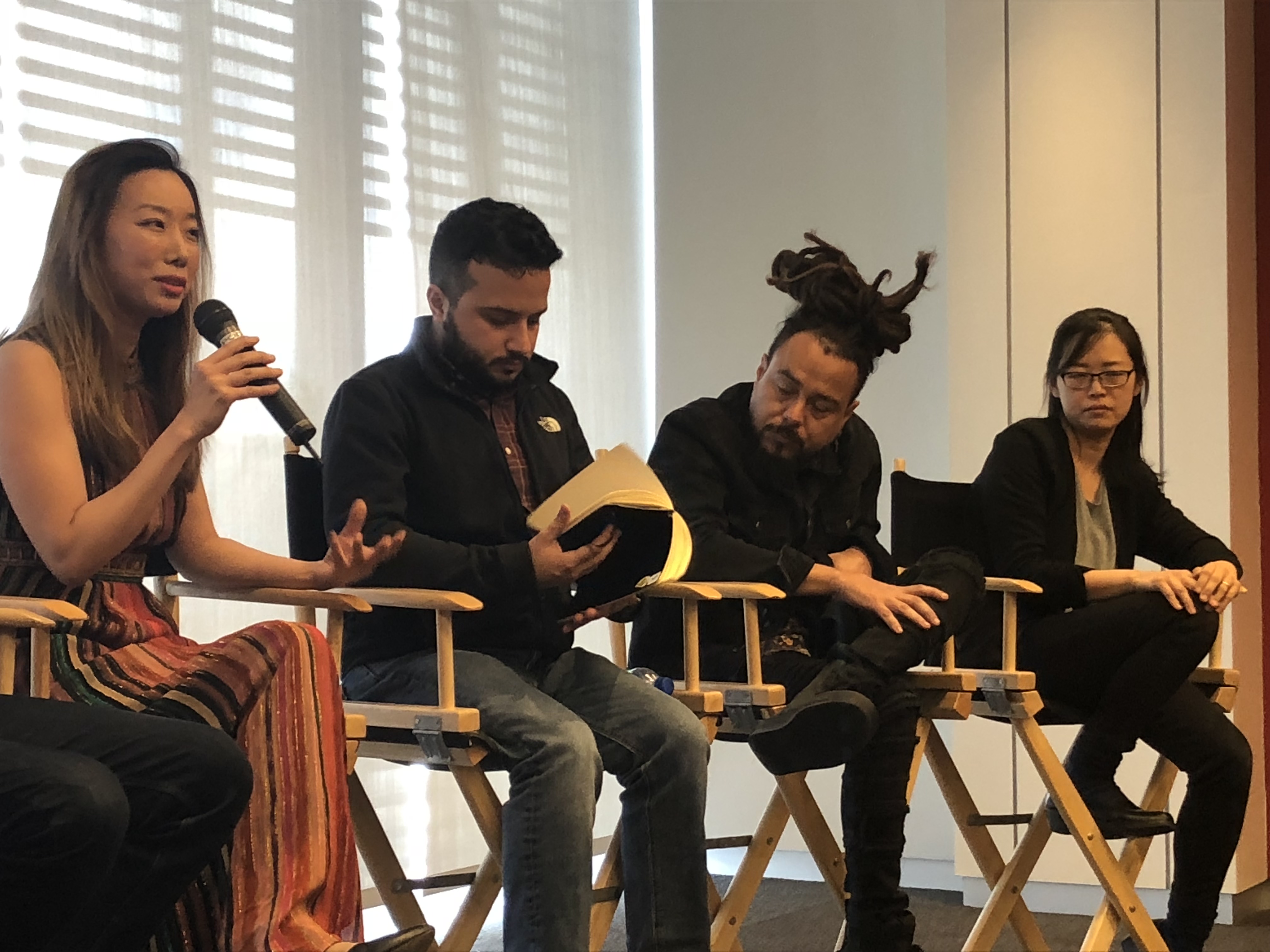 Correa was born in Medellín, Colombia and was brought to live in the United States at 11 years old, but lived undocumented until 2007. On his way to the Grammy ceremony in 2008, he and his band were detained by border patrol–Correa didn’t have his green card. They eventually let them go.

“And when we were on our way, he said ‘make sure you make us look good,’” Correa remembered.

The discussion was part of a lively panel titled “American Dreamers: The Immigrant Artists’ Voice in the USA,” which highlighted the unique relationship that the arts–and music in particular–has with the DREAM Act. The event was assembled at The New York Times Building by the Immigrant Arts Coalition, a network of multi-disciplinary arts organizations and artists that promotes diversity and immigrant representation in the arts.

When Marlena Fitzpatrick García, a music journalist and president of the Immigrant Arts Coalition, began brainstorming ideas for the event, she knew she wanted to highlight immigrant contribution to the arts. She partnered and eventually merged her ideas with those of Deyanira Martínez, of the New York Times Latino Network, who wanted the focus of the event to be on DREAMers.

“We chose to show how arts and music influenced the DREAM Act and immigrant artists,” said Fitzpatrick García, who also contributes to various outlets, including Latino USA.

The panel included Tereza Lee, a pianist credited with being the “original DREAMer,” who along with a teacher enlisted Senator Dick Durbin to help her apply to college without her documents back in 2001. Senator Durbin shared Lee’s story at the first-ever Senate hearing on the DREAM Act.

“My piano was my path to freedom,” Lee said.

The other speakers were Latino, Asian and European activists and musicians from diverse backgrounds: Sebastian Noelle, a German Grammy-nominated jazz guitarist; Sita Borahm Chay, a Korean violinist, composer and Latin Grammy winner; and Juan Escalante, an activist and DACA recipient.

“Everyone I connected with taught me their traditions through music, and I was enriched by their cultures,” Borahm Chay said. “It’s up to us to awaken the responsibility among fellow musicians and fulfill that ability to connect.”