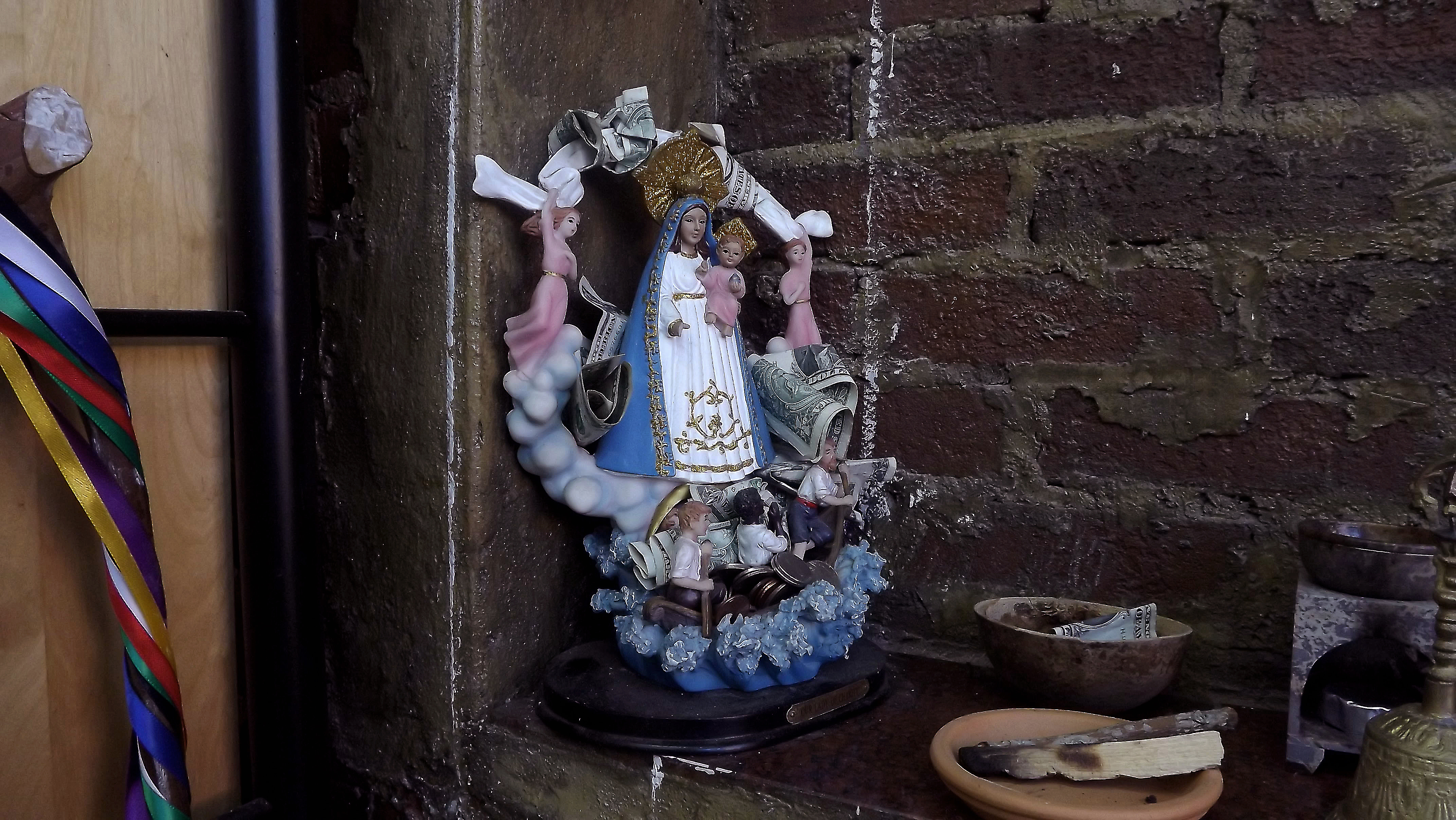 On the Netflix show “One Day at a Time,” Lydia Alvarez (Rita Moreno) tells her grandson, Alex (Marcel Ruiz), “Papito, Cuba chose you.” This sentiment of being chosen by an island just 90 miles off the coast of Florida is something that is felt by Cuban-Americans from all generations across the United States.

“[My Cubanidad] was always there because you didn’t have an option. It’s there all the time. Everyone you talked to was Cuban. All the family friends were Cuban, chances are your teacher and a good chunk of the kids are Cuban,” said Joaquin Pedroso, a political theory professor at Florida International University in Miami. Growing up with two Cuban parents in Miami, they instilled in him civic pride in a country he had never stepped foot in: he was taught to recite the Cuban national anthem and learned quickly what the Cuban flag represented.

Cubanidad —the state of being Cuban— is pervasive enough that as a kid, Pedroso says he found it hard to recognize that Miami wasn’t actually just another city in Cuba. Cuban identity is passed down through generations, often uniquely from other Latinx identities; the identity comes from families who have spent much time in exile and who are unable (or unwilling) to return to their homeland, therefore creating a microcosm of Cubanness wherever they may find themselves to be.

The co-showrunner of “One Day at a Time,” Gloria Calderon Kellett was born in Portland, Oregon —far from the Cubanidad of Miami— but she was surrounded by a very tight-knit Cuban community. She remembers birthday parties of 150 people, ridiculous amounts of food, but also the sadness felt by the community from being displaced too early from their beloved island.

“The Cuba that they left is the only Cuba they know. And that’s what’s been imprinted in their minds,” Calderon Kellett told Latino USA. “Cuba is this idyllic, beautiful, cosmopolitan, sexy place filled with music and color. I think there was a little bit of cockiness because they felt like they lived in paradise. And then there was the pain of having been ripped from that.”

That pain is something that still hasn’t gone away. Calderon Kellett says that her mom can’t talk about Cuba without crying and when she does, she explains how many immigrants leave their countries because they want a better life for themselves and their families—but she claims her family loved it there.

This home-seeking isn’t something that solely belongs to those born in Cuba. It’s passed down to their children.

“Newer generations feel that pain that was transferred and they still feel it and they’re still longing. We’re still longing. Because now we’re Cuban but we have to qualify our Cubanness,” says Zuzelin Martin-Lynch, a San Francisco-based filmmaker, said.

This longing doesn’t shift, as it lives through the memories and imaginations of those in exile, for a country that also hasn’t shifted in the close to 60 years since the installment of the Castro-regime, which just this month saw a change in leadership, though Raúl Castro continues to be in a position of power. The imaginary of Cuba lives on through the descendants of those who arrived in previous decades to the U.S.—first, second and third generations have recreated the culture from an island their parents had once called home.

“I feel like Cuba is home. It’s just like Miami. But a really intense Miami and I feel like if we ever visit, it’d feel like if I were home,” said Elizabeth Borges, a Miami-Dade College psychology student born and raised in Miami. “When I think of home, I think of a lot of people yelling at me in Spanish. I think of food like black beans and rice and reggaeton blasting on full volume and just smelling like cafe con leche all the time.”

And this recreation of culture didn’t just happen in an emotional way, it was also political. Before the heavy influx of Cuban immigrants, Miami was a little more than a city for snowbirds, people from other states to come down for the winter months. But from the 60s through the late 80s, Latinx immigration boomed. In her book, Miami, Joan Didion talks about the fact that in the 1980’s, 43 percent of Miami-Dade County was Hispanic—at that time, it was mostly Cuban. Didion continues, saying that “the most visible new buildings on the Miami skyline, the Arquitectonica buildings along Brickell Avenue, were by a firm with a Cuban founder.” Cubans were in boardrooms and country clubs, and eventually in public office.

Pedroso says that leap in class status, from immigrant to CEOs, wasn’t incidental.

“This was a matter of policy. Cubans during the 60s were helped by the government in more ways than one. We’re talking about the height of the Cold War here, it was a propaganda coup. That was the whole point,” he said. “[Cubans] were given cheap loans, material assistance, they were provided housing. Not to mention the benefits that accrue with any exile community, they helped each other out.”

Pedroso also states that there was an immense drive from the Cuban exile community to work hard—especially for those who didn’t come from a higher social strata, and for those who came later during Cuba’s Special Period. For a lot of them, this was just a temporary situation that would soon pass if there ever came a downfall of the Castros. Now, the children of these earlier immigrants have taken up that drive and applied it to their lives here.

“I think you have no choice but to be successful,” said Calderon Kellett about being Cuban American, “I feel anyway that [Cubanidad] left fingerprints on my life has worked out to my benefit because I know what they did. I know what they sacrificed. I know that they came here with nothing and made something of their lives. I would be a complete jerk if I didn’t take every opportunity that was handed to me and make the most of it.” She added that there is a very ‘we can do anything’ attitude that is present in Cubans.

Over the last few years, there has been a change in the presidency of Cuba, as well as shifts in the travel policy as the Obama administration eased travel restrictions, which President Donald Trump reinstated. Only travel under certain strict requirements is allowed.  Regardless of the changes in travel policies, political leaders, or diplomacy, Martin-Lynch just has a single memory of what Cubanidad is for her: “being Cuban was definitely my abuela giving me café con leche in my baby bottle,” she said. “It’s about waiting, but knowing that we have Cuba in our souls.”