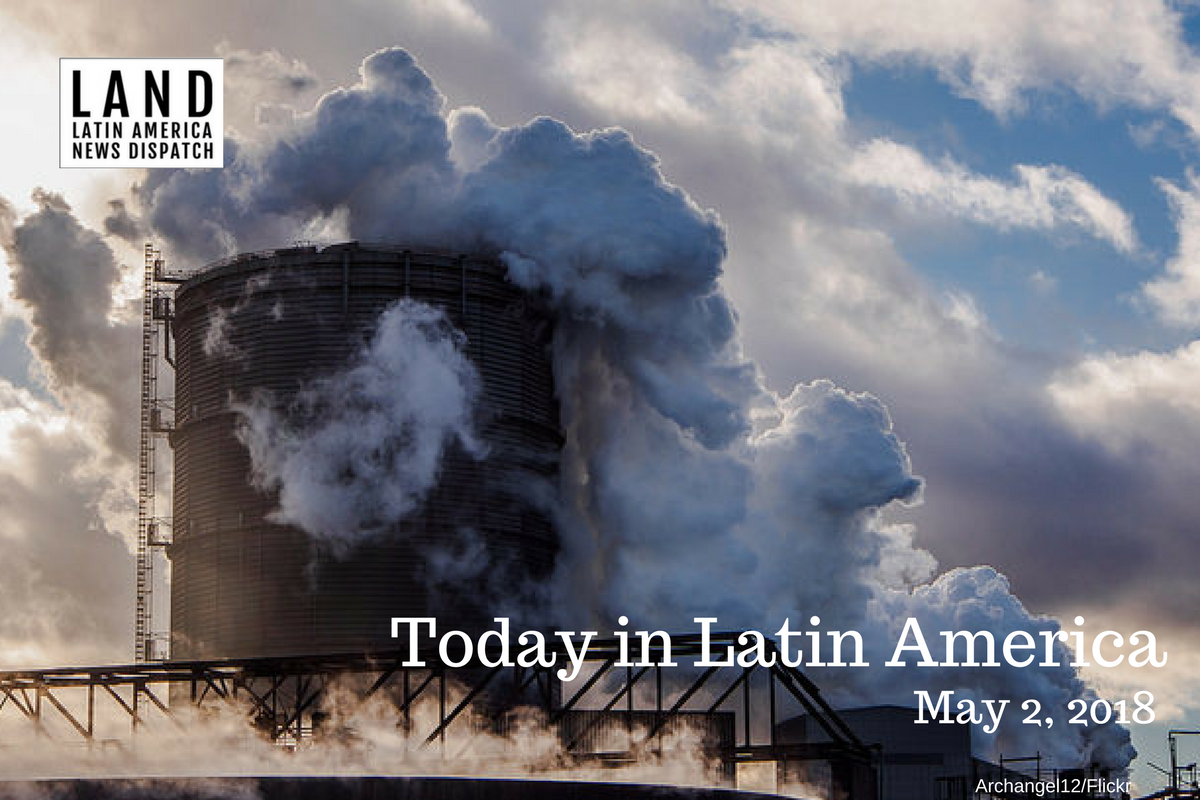 Facing a self-imposed deadline, late on Monday the Trump administration pushed the decision to impose tariffs to U.S. imports of steel and aluminum from the European Union, Mexico and Canada by 30 days. The administration also said that it had reached tentative agreements with Argentina, Australia and Brazil. Trade partners have reacted to Trump’s import tariffs of 25 percent for steel and 10 percent for aluminum by saying that they will respond in kind and impose their own tariffs to U.S. imports, pointing to a possible trade war.

For Canada and Mexico, the delay of the tariffs provides a buffer for ongoing NAFTA talks, which have been occurring for weeks and have brought to light disagreements between officials from the three countries. The tariffs postponement was followed by U.S. Trade Representative Robert Lighthizer saying that if a deal on NAFTA is not reached in approximately three weeks, the whole deal could be on “thin ice.” Mexico’s upcoming July 1 presidential elections have jeopardized the legitimacy of an agreement reached before current President Enrique Peña leaves office.

MEXICO: Ending speculation, Ricardo Anaya, Mexico’s second-place presidential candidate, discarded any possibilities of making a pact with current President Enrique Peña Nieto and his party’s presidential candidate, José Antonio Meade, in order to beat front-runner Andrés Manuel López Obrador. Anaya called on Mexicans to emit a “voto útil,” or useful vote, reiterating that the presidential race was between two candidates, himself and López Obrador. He insisted that Mexicans who oppose the later should cast a vote for him, arguing he is the only candidate that really stands a chance at defeating third-time contender López Obrador.

PUERTO RICO: On Labor Day, thousands of Puerto Ricans took to the streets in anger over the dire economic situation the archipelago is in. Demonstrators protested school closures, the slow hurricane recovery and the austerity measures approved in late April and that include a 10 percent cut to the public pension system. On April 30, Gov. Ricardo Rosselló said Puerto Rico’s education department would receive $589 million in federal funds.

GUATEMALA: Álvaro Arzú, former Guatemalan president who signed the peace accord to end the country’s 36-year civil war, died from a heart attack on April 27 while playing golf with friends. He was 72 and had been mayor of the capital since 2004. Last year prosecutors and an anti-graft panel backed by the United Nations accused Arzú of campaign finance violations, but his position as an elected official granted him immunity.

VENEZUELA: President Nicolás Maduro’s main rival for the presidential election, Henri Falcón, said that if elected in the May 20 presidential elections, he would open Venezuela’s borders to welcome foreign aid from the United States. Falcón also said he would lift the current government ban on international television broadcasters such as CNN, and Colombian networks Caracol and RCN. Several countries in Latin America and the European Union bloc have said they won’t recognize the upcoming elections, raising concerns over the representativeness and legitimacy of the elections.

COLOMBIA: President Juan Manuel Santos said yesterday the peace treaties enacted between the FARC and the government are still in progress and cannot be deemed a “failure.” Santos recognized the shortcomings of the process but insisted that most hardships and delays originate from within the ex-guerrilla movement’s ranks. The former heads of Uruguay and Spain, José Mujica and Felipe González, respectively, are set to visit Colombia this weekend to evaluate the progress of the treaty.

BRAZIL: Brazil’s Supreme Federal Tribunal could make a major ruling in the upcoming days, potentially curtailing the de facto immunity politicians enjoy by implementing a legal concept called “privileged standing.” This legal concept has allowed corrupt sitting politicians to extend the cases against them for years and has effectively shielded politicians being investigated in the Operation Car Wash probe. The case being discussed by the Supreme Federal Tribunal is a 2012-accusation that former mayor of Cabo Frio, Marcos da Rocha Mendes, handed out meat and 50 reais ($15) bills to secure his election in 2008.