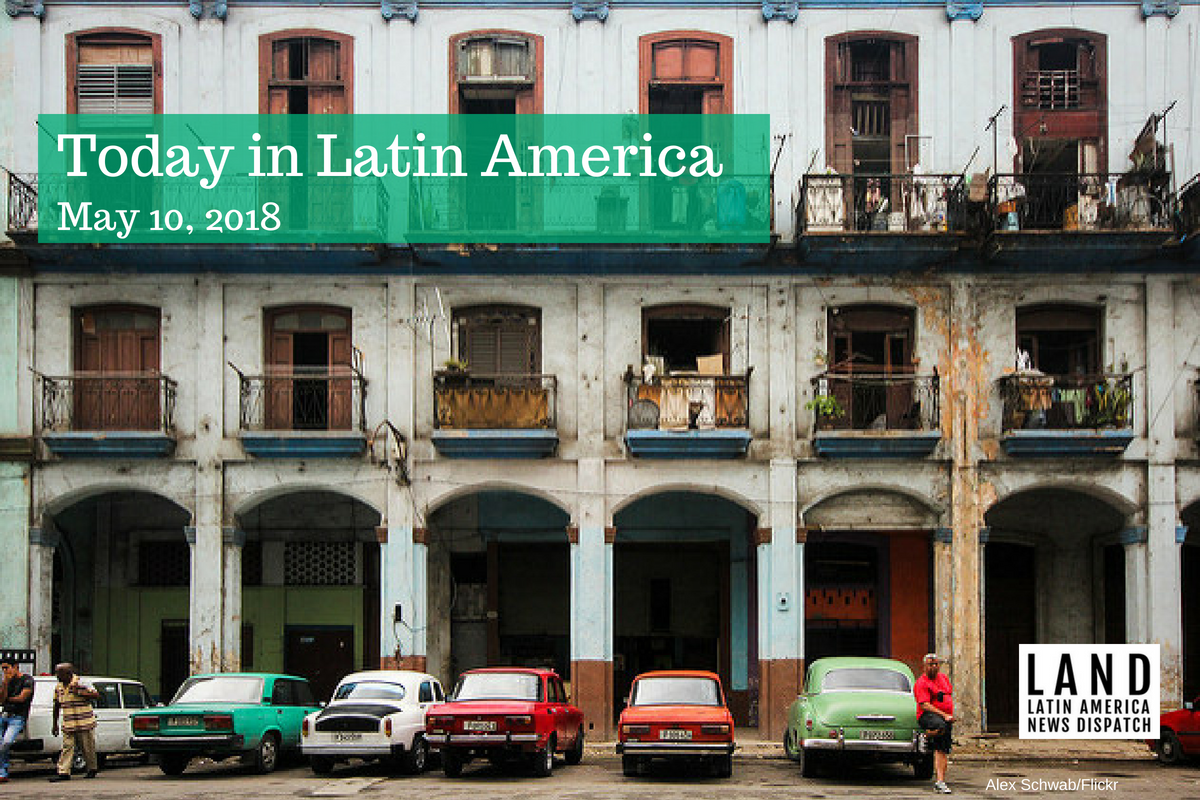 CUBA-U.S.: The United States-led financial and trade embargo on Cuba has cost the country’s economy more than $130 billion at current prices over the past six decades, said the head of the United Nations’ regional economic body for Latin America, known as ECLAC or CEPAL in Spanish, on Tuesday. The estimate coincides with a report the island’s government presented last year at the U.N. before a non-binding resolution calling for an end of the embargo that has been voted on every year since 1992 drawing overwhelming support.

The embargo was put into place by the United States in 1962 and in 2014 President Barack Obama eased its conditions but wasn’t able to fully dismount it as this decision falls on the Congress. Last year, President Donald Trump reinstated the harsh conditions.

U.S.: A group of Republicans in the House of Representatives filed a petition yesterday to force a vote on four immigration bills in contradiction of the GOP leadership. After President Trump ended DACA last fall he said Congress had to pass a new bill to fix it and these four bills are different proposals to do so, but House speaker Paul D. Ryan hasn’t allowed consideration of the bills that would help so-called Dreamers arguing it’s a waste of time because President Trump won’t sign them.

MEXICO: The mayor of the small town of Coyuca de Catalan in the southern state of Guerrero was killed on Tuesday by unidentified assailants. Abel Montufar was also running for a state assembly seat as a candidate for the Institutional Revolutionary Party. Also on Tuesday, Mexico’s army reported that three soldiers were killed and another three wounded during an ambush in the same small town. No indications have been found of connections between the two incidents.

MEXICO: The United Nations Human Rights Office reaffirmed yesterday its accusation that Mexican authorities arbitrarily detained and tortured suspects of the disappearance of the 43 students of Ayotzinapa in 2014. Earlier this week, Mexico’s government had responded to the report originally released in March by the U.N. agency calling its findings “premature,” saying they lacked evidence and the families of the victims had responded saying the government was trying to close the investigation prematurely.

JAMAICA: The People’s National Party, the opposition party in the Parliament, filed a suit on Tuesday asking the Supreme Court to declare an identification system proposed by the ruling Labour party unconstitutional and a human rights abuse because it breaches the right of every citizen to a passport.

NICARAGUA: A commission was created by the Nicaraguan Congress to investigate the deaths of dozens of protesters during anti government protests over the last few weeks. Congress said the panel of investigators would act independently of the legislature and be free to research what they choose on a three-month deadline. Student organizations have demanded the appointment of an additional independent commission governed by international bodies to look into the deaths.

EL SALVADOR: High-ranking defense and military officials from Central America, the United States, Canada and Mexico are meeting at a conference in El Salvador to analyze how to combat street gangs and drug cartels.

COLOMBIA: A new study suggests that between 2002 and 2010 the Colombian army executed approximately 10,000 civilians to pass them off as guerrilla fighters killed in combat. The practice of killing civilians to boost statistics in the war against leftist rebels became known as “false positives” since the scandal broke out in 2008 but the new study by a former police colonel suggests the number of deaths was three times more than what human rights groups had previously calculated.

PERU: Health authorities declared yesterday a national epidemiological alert warning of an outbreak of Guillain-Barre syndrome, a rare disease that causes weakness in the legs, progressive paralysis and even death and is associated with the Zika virus.

CHILE: The Chilean civilian police, or Investigations Police, released a report this week saying that the “Antorcha” software that the military police, or Carabiniers, had claimed to have used to tap into the cell phones of a group of Indigenous activists of the Mapuche nation accused of terrorism never existed. The investigation against the activists had closed in January with the Office of the Attorney General suspecting the evidence had been tampered by the military police. The new report not only confirms the evidence was completely fabricated but goes beyond to say that the military police didn’t have any kind of software that would have been capable of intercepting communications between the accused or in any other case brought before the courts.