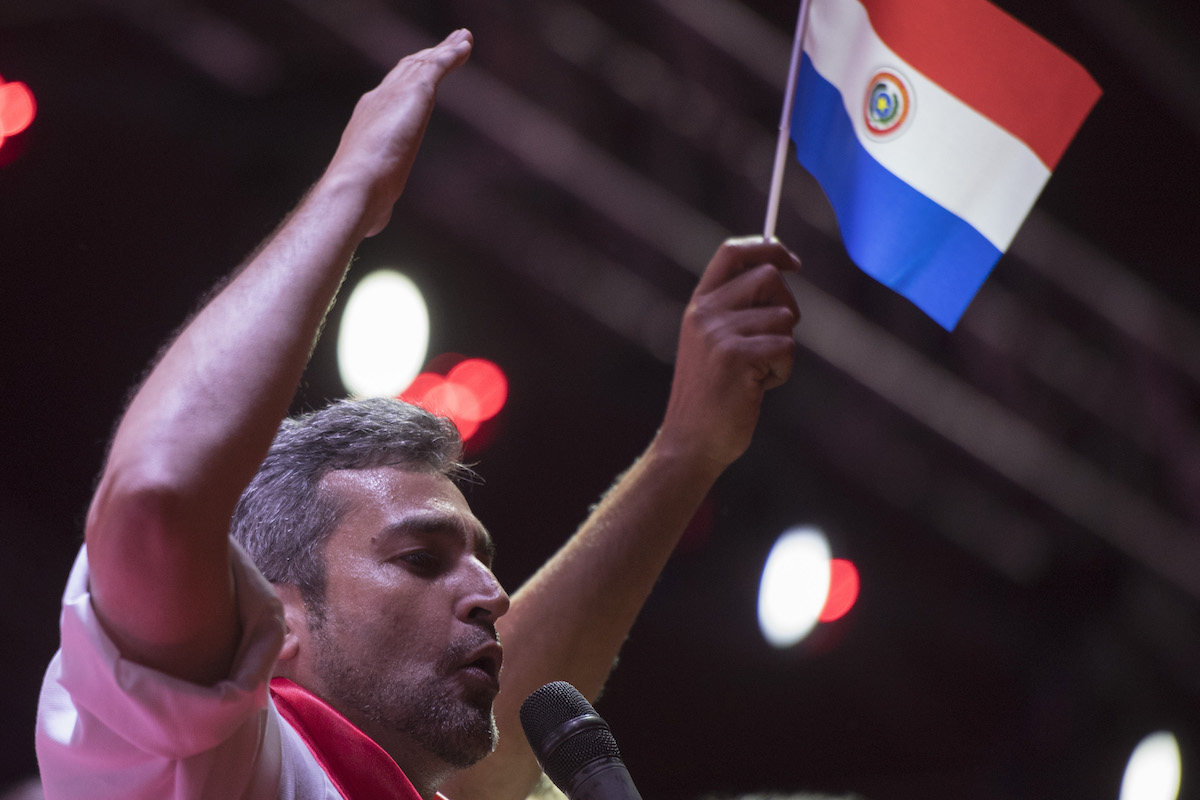 Three weeks after Paraguayans went to the polls to vote for president, vice-president, Congress and governors, the April 22 election results remain controversial.

Insisting the gap was too narrow to be certain, Alegre at first refused to concede, and the Alianza Ganar demanded a recount. Protests erupted across the country.

The fallout has called into question the reliability of Paraguay’s flawed electoral system –my area of academic research— but the results stand.

Stroessner governed Paraguay from 1954 to 1989. During his 35-year reign, he promoted infrastructure development in the rural South American country and pushed the country toward industrial agriculture. The economy grew at a clip of 8 percent annually for much of his regime.

But Stroessner was also a brutal authoritarian. According to reports from Paraguay’s post-dictatorship Truth and Justice Commission, the regime’s toll included 18,772 cases of torture, 9,862 arrests, 3,470 exiles, 336 disappearances and 59 executions. Paraguay’s population is just 6.7 million.

On the campaign trail, Abdo worked hard to avoid being connected with the dictatorship. When asked his opinion on Stroessner, he tried to separate the dictator’s repressive politics from other aspects of his regime.

“I can’t defend torture, corruption, authoritarianism or persecution of the press,” he said in an interview with the Paraguayan newspaper ABC, “But at some point, when less passionate feelings prevail, a more balanced judgment of Stroessner will become possible.”

I find it impossible not to believe that his name alone brings back terrible memories for a large number of people in Paraguay.

That said, almost one-third of Paraguayans were born after democracy was restored in the early 1990s. The reason Abdo performed far worse than expected may have more to do with his own conservativism than with his family history.

Before he was nominated as the official candidate of the ruling Colorado Party, in late 2017, Abdo criticized the economic and social policies of President Horacio Cartes, a wealthy tobacco magnate. He even accused the president of using the power of his office to benefit his private business interests.

This early strategy reflected Abdo’s sense that the country has grown tired of the Colorado Party, which has run it nearly uninterrupted since 1948.

In 2008, Paraguayans elected a progressive priest named Fernando Lugo as president, but he was impeached in 2012 before he could finish his five-year term. Officially, Congress ousted Lugo because he mishandled a violent land dispute between farmers and police. Eleven farmers and six police officers were killed in what’s now called the “Curuguaty massacre.”

Many Lugo supporters and international observers, however, saw the impeachment as a coup orchestrated by the president’s right-wing opponents.

The Colorado Party returned to power in 2013, with the election of the current president, Horacio Cartes.

Once Abdo was tapped as the Colorado Party’s nominee, he comfortably adopted a conservative tone.

Facing off against his more liberal opponent, Abdo defended obligatory military service in Paraguay, explaining that serving in the armed forces is not just an educational opportunity for young men—but also “another tool” that single mothers can use to control rowdy kids.

Abdo also declared himself to be against abortion and promised to veto any marriage equality bill that arrived on his desk.

These stances do not respond to any political reality in Paraguay. There is little social pressure to end obligatory military service, decriminalize abortion or sanction gay marriage, and, in my opinion, there is very little chance of these things happening.

By summoning abstract progressive threats, though, Abdo made his opponent look uncomfortably liberal in a country that remains socially conservative.

He also positioned himself as the defender of traditional Catholic values at a time when Latin American —once known for its left-wing leadership– has veered sharply to the right. Argentina, Chile and Brazil have all seen conservative presidents come into power in recent years.

Paraguay has long been a traditional place, as Lugo’s 2012 impeachment reaffirmed. Abdo’s win ensures it continues down that same path. The president-elect has promised to keep taxes low while finding better ways to fund education and health care.

But, in Paraguay, what’s old is new again.

A decade ago, outsider candidates —like President Cartes, a businessman, and ex-President Lugo, a former Catholic bishop— began dominating elections. Some analysts felt Paraguay had entered a new political era.

Paraguayans are already seeing signs of the old politics to come. Abdo recently revealed his first cabinet nominees, and his picks for both minister of foreign affairs and interior minister are long-familiar Colorado Party names.

Cartes, his predecessor, put technocrats and CEOs in positions of power. With his insider nominees, Abdo has marked his new government as a return to Paraguayan politics as usual.