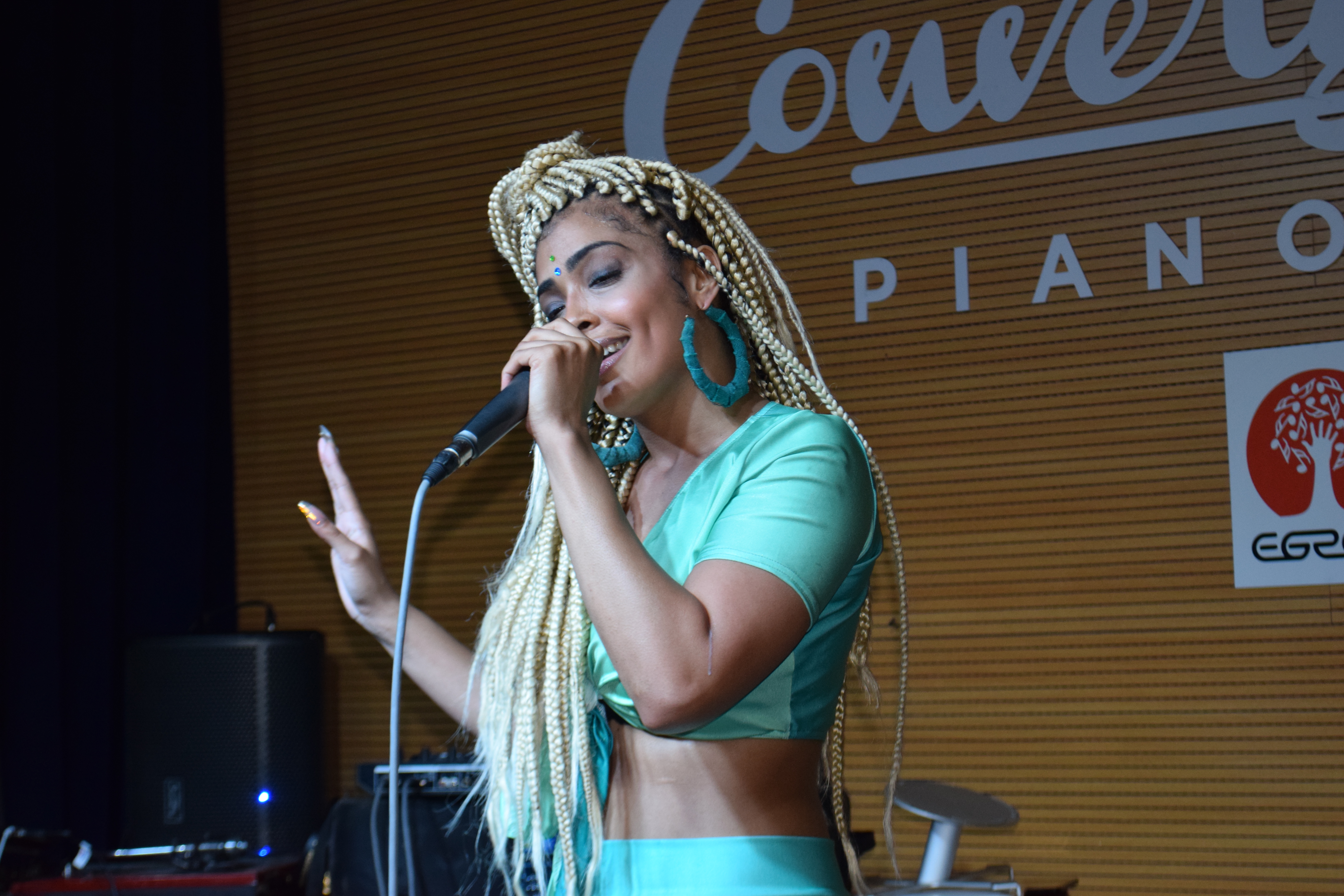 HAVANA – This year has been a busy one for Puerto Rican rapper Nitty Scott. After the Afro-Latina hip-hop artist released her album “Creature” in August of 2017, which some critics called a “must-listen” and a “love letter to Afro-Latinas,” her track “BBYGRL” was featured on HBO’s 2 Dope Queens. On Sunday May 13, before kicking off her “Take it Personal” tour, she traveled to Havana, Cuba where she premiered her upcoming summer single “No Toques Mi Pelo” (“Don’t touch my hair”), a celebration of black women’s hair.

“I knew that it would resonate,” Nitty Scott, who’s real name is Nitzia, told Latino USA after her performance, “[Cuba] is a special place and it’s a special song, and you know ‘No Toques Mi Pelo’ is something that I think all negras can relate to.”

The performance was the last part of Diaspora Sol, a three-day conference organized by the small U.S.-based non-profit African Diaspora Alliance, which sought to connect African Americans with Afro-Cubans. Nitty Scott was the headlining artist. And one of the main topics of the conference was hair.

“[Event organizers] had a hair panel yesterday discussing hair and psychology and some really amazing correlations and I knew that it would just be totally appropriate and just very well-received,” she said.

For locals, the song did seem to resonate though most of the lyrics were in English and Spanglish. The connection crossed language barriers, pointing to a global shared experience of blackness. Some of the lyrics in the song included the line “not your princesa” (“not your princess”) and other statements that celebrated Afro-Latina womanhood and stood up for black women who have to constantly defend themselves against non-consensual touching of their hair.

“She has a wonderful flow, and even though it was in English, you understand a lot,” said Damarys “Hezfi-ba” Benavides, an Afro-Cuban hip-hop artist. “She connected with the crowd a lot, I loved it.”

The performance took place at La Casa de La Música, a space that has a cover charge which locals often cannot afford. That evening it was open to the public at no cost after the organizers rented the space.

For Scott, traveling to Cuba was part of connecting with the African diaspora beyond borders: “For me, embracing my ‘Afro-Latinidad’ has been a journey to finding community and I think this reinforces that even more where I found that in New York City, but now it’s expanding to a global level and I feel that that just happened right now.”

As for “No Toques Mi Pelo,” though the expected release date isn’t until July, she’s glad to have premiered the track in Havana.

“I think this was the perfect place. I don’t know exactly when I’ll put it out officially” she said, “I’m glad that I was able to leave that energy here.”