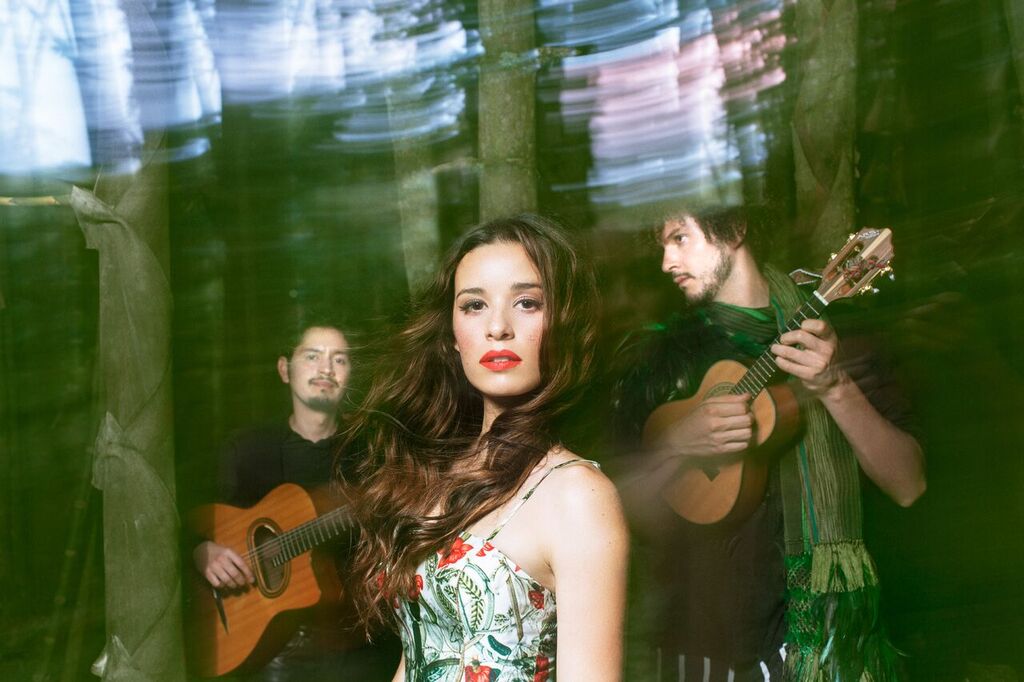 Encanto Tropical, the third and latest album by Colombian band Monsieur Periné, is a sensory meditation of the group’s cultural and geographic origins.

“We are always traveling,” says Santiago Prieto, who plays various string instruments in the band. “But then we started traveling inside our country. We started like really getting to know the roots of our musical spirit.”

The band, which started out making music mostly in a “gypsy jazz” style, has over time incorporated more Latin American and Colombian sounds into their music.

“We are a mix between Spanish and Afro and indigenous people. And in our blood, and in our language and culture, we have this melting pot of different things happening,” says Prieto.

In 2015, the band took home the Latin Grammy for Best New Artist. Their second LP, Caja de Música, was nominated for Album of the Year.

In this edition of “How I Made It,” Prieto tells Latino USA about the band’s self-rediscovery and how they made their latest album.