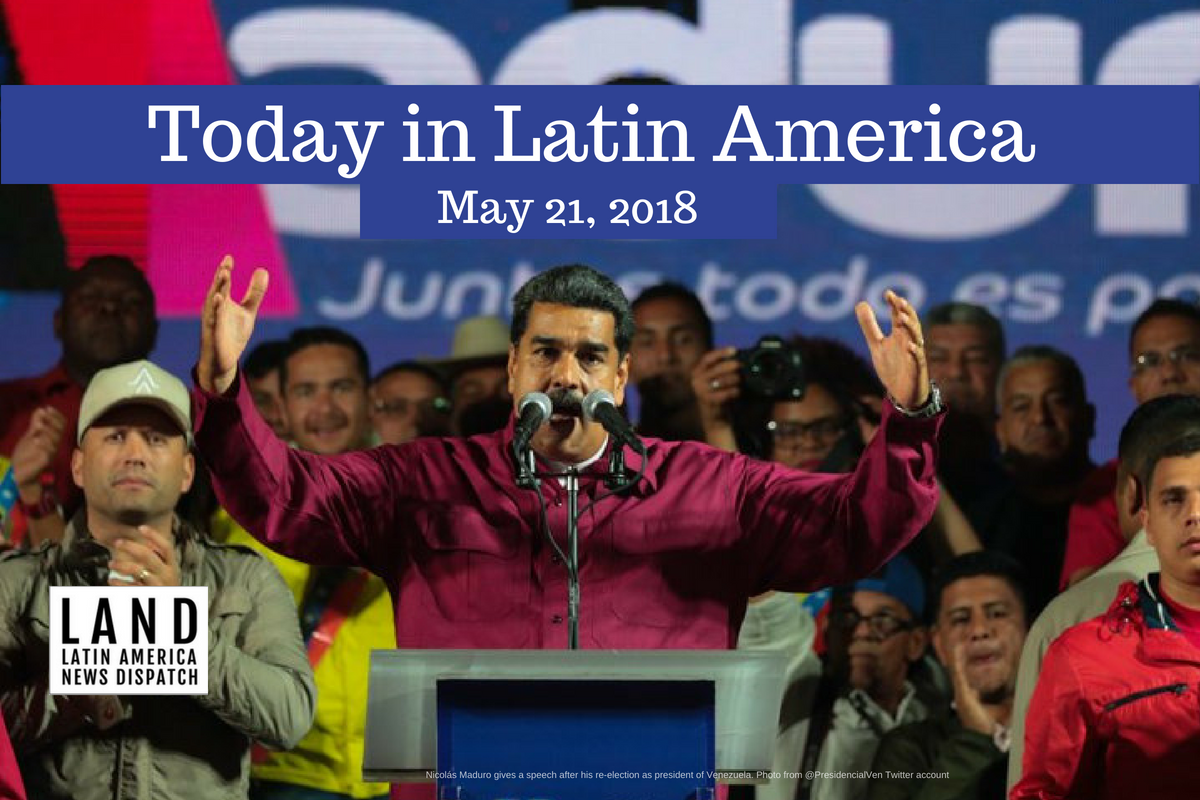 Nicolás Maduro gives a speech after his re-election as president of Venezuela. (Photo from @PresidencialVen Twitter account)

VENEZUELA: In a presidential election marked by high levels of abstention, President Nicolás Maduro was re-elected Sunday for a second six-year-term with 5.8 million votes. His closest contender, Henri Falcón, a former governor, got 1.8 million votes but had announced before official results were out that he would not recognize the election because of several irregularities. Turnout for the election was exceptionally low despite polling stations remaining open hours after their normal closing time: 46.1 percent of eligible voters turned out, according to the government election board, down from 80 percent at the last presidential polls of 2013, but only 30 percent voted yesterday, according to the opposition.

Falcón, a former Chávez loyalist turned critic, condemned the placement of almost 13,000 pro-government stands near polling stations where voters scanned their government-issued “Fatherland Cards” in the hopes of winning prizes promised by Maduro. He also said his team had received over 140,000 claims of “assisted voting” and complaints from over 90,000 poll witnesses who were barred from accessing polling stations.

The recently created coalition of opposition parties, Democratic Unity, expelled Falcón in late February when he decided to run contrary to the majority decision to boycott the election after the government barred the two strongest contenders from running and decided to move elections from the traditional December date, first to April and finally to May.

This is a special issue of Today in Latin America, which is on a break but will resume its normal schedule on the first Monday of June.