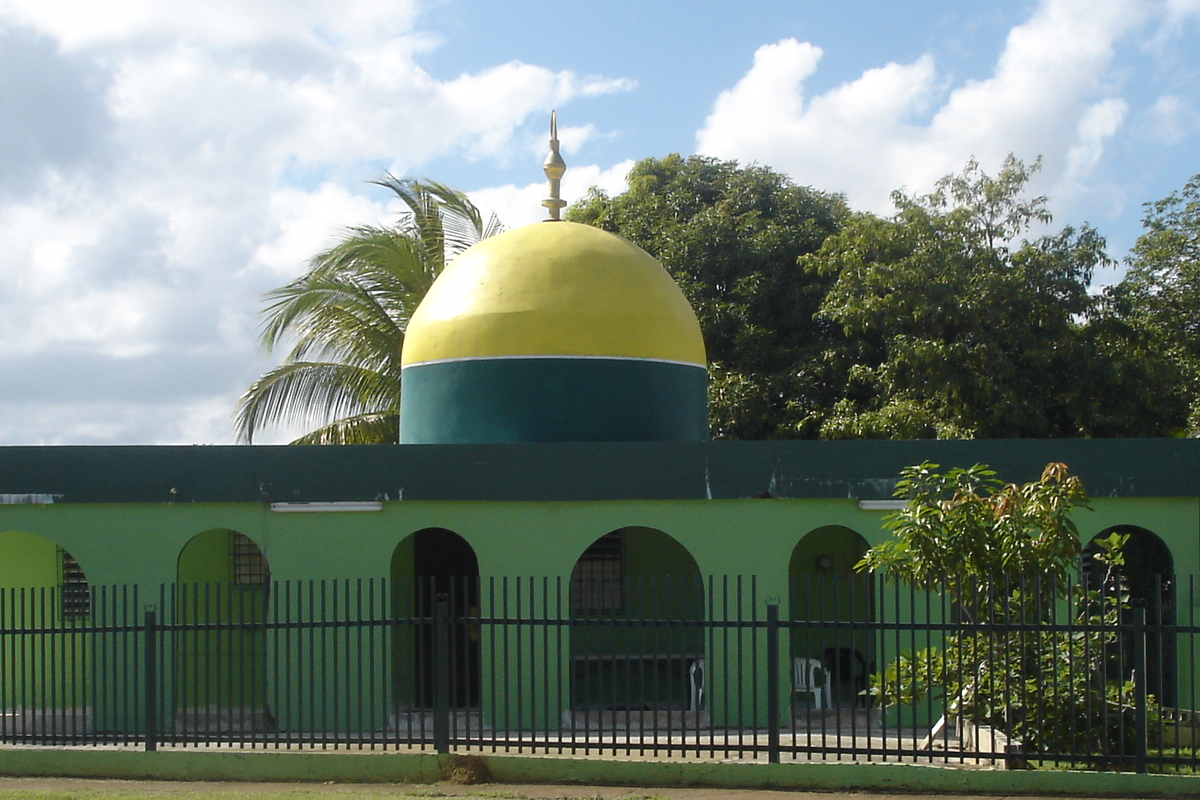 An Islamic Center in Puerto Rico from 2007. (Public Domain)

By Ken Chitwood, University of Florida

For Juan, Ramadan is a balancing act. On the one hand is his religious faith and practice. On the other is his land, his culture, his home: Puerto Rico.

Although he weaves these two elements of his identity together in many ways, during Ramadan, the borderline between them becomes palpable. For Puerto Rican Muslims like Juan, the holy month of fasting brings to the surface the tensions they feel in their daily life as minorities—and as Muslims among their Puerto Rican family and Puerto Ricans in the Muslim community.

That is even more true this year in the wake of Hurricane María, the storm that made landfall in the southeastern city of Yabucoa on September 20, 2017 and devastated parts of Puerto Rico. Even today, many parts of the island are without essential services, such as consistent electricity and water or access to schools.

I met Juan in 2015, when I first traveled to Puerto Rico in an effort to better understand the Puerto Rican Muslim story as part of my broader research on Islam in Latin America and the Caribbean. What I have found, in talking to Muslims in Puerto Rico and in many U.S. cities, is a deep history and a rich narrative that expands the understanding of what it means to be Muslim on the one hand, and, on the other, Puerto Rican. This Ramadan, which began on May 15, Muslims in Puerto Rico are using the strength of both these identities to deal with the havoc of Hurricane María.

The History of Muslims in Puerto Rico

Muslims first came to the island as part of the transatlantic colonial exchange between Spain and Portugal and the “New World.” There is evidence that the first Muslims arrived with the explorers in the 16th century. Many “Moriscos,” or Iberian Muslims, came to the Caribbean bypassing several Spanish laws that prohibited them from coming to the Americas and served as merchants and explorers. Some were taken as slaves.

Enslaved Muslims from West Africa also came to the island beginning in the 16th century. While exact numbers are not known, scholars believe they were significant. These Muslim slave communities did not thrive, or even survive, but Islam established itself across the Western Hemisphere. It became the region’s “second monotheistic religion” thanks to Muslim slaves, former slaves and maroons—Africans who escaped slavery and founded independent settlements. These Muslims left their mark and contributed to the culture and history of the continents.

Due to conversion to Catholicism or the adoption of Afro-American religious traditions such as Candomblé or Santería the influence and presence of Islam in the Americas faded over time. There is no evidence of direct links between present-day Muslim communities and the enslaved Muslims who came before.

Today’s Muslim communities largely comprise recent immigrants from Jordan, Palestine, Lebanon, Egypt and Syria, with some descendants of the late 19th- and 20th-century immigrants. Ethnically speaking, nearly two-thirds of Puerto Rico’s Muslim population is made up of Palestinian immigrants, living in places like Caguas and San Juan, who came fleeing political turmoil or to pursue business interests.

In recent years some Puerto Ricans have been reverting to the religion of their ancestors: Islam. In each of Puerto Rico’s nine mosques, researchers have found an increasing number of recent local converts. There is no accurate measure, but anecdotal evidence suggests rising numbers.

How do they wrestle with their identity as both Muslim and Puerto Rican?

Straddled between a predominately Arab Muslim population on the one hand and their avowedly Puerto Rican families, neighbors and co-workers who imagine Islam as a religion foreign to Puerto Rico, converts to Islam struggle to marry the two identities they now claim. They are in search of a “Boricua Islamidad”–a unique Puerto Rican Muslim identity that resists complete assimilation to Arab cultural norms even as it re-imagines and expands what it means to be Puerto Rican and a Muslim.

When I first met Juan at an Eid al-Fitr celebration, the festival of breaking the Ramadan fast, at the San Juan Convention Center in 2015, the 40-something man said, “I came to Islam by asking questions: about the ills of society, the difficulties of life.”

For Juan, Catholicism, the religion adopted by his ancestors when they converted, was too confusing. The doctrine of “tawhid” in Islam —the oneness of God— was, as he saw it, simpler than what he believed to be the complex theology of the Trinity. Furthermore, he felt that Islam called for a higher morality and sense of self-discipline. And so, he “reverted”—that is, returned to the faith of his birth and the heritage of his Iberian forebears in al-Andalus, in what is modern-day Spain.

But Juan, like many other converts, is also searching for a sense of authenticity in his new community. While Juan finds that his Muslim brothers and sisters appreciate him, he still feels marginalized because of his cultural background. He finds ways to express his “Boricuan” (a term for resident Puerto Ricans, derived from the island’s indigenous name Borinquen) pride and his Muslim identity by sporting a “taqiyah,” a short, rounded skull cap, decorated with the Puerto Rican flag.

Another Puerto Rican convert from Aguadilla, Abu Livia, lives in this tension as well. He told me during an interview, “Too often we hear people say you have to wear certain clothes, speak a certain language, look like an Arab, talk like an Arab, behave like an Arab.”

Not just Juan and Abu Livia, as I found in my research, but many other Puerto Rican Muslims are looking toward Andalusia, or Moorish Spain, to search for their roots and define who they are in a Puerto Rican society that claims a mixed background of indigenous, African and European influences.

Puerto Rican Muslims not only look across the Atlantic. They also look within themselves and are finding ways of expressing their Muslim faith through the symbols and struggles of Puerto Rican culture, whether it be their flag, their family traditions, or in how they respond to the trials of Hurricane María.

Following up with Juan after a year of struggle in the wake of the storm, he said, “Puerto Ricans are proud, committed, strong, and ‘pa’lante’ (moving forward). And that includes Muslims.” After the destruction of Hurricane María, the month of Ramadan, held special meaning for him. It held hope for “renewal.”

“‘Puerto Rico se levanta,’” he said, meaning Puerto Rico will rise, and “this Ramadan it will do so in the prayer, fasting, and charity of Muslims to help one another and their fellow Puerto Ricans prepare for a better future today and forever.”

For Juan, this is just another way his Puerto Rican identity helps him be a better Muslim. As he said, “We will fast this month, but we already know what it means to be in want.”