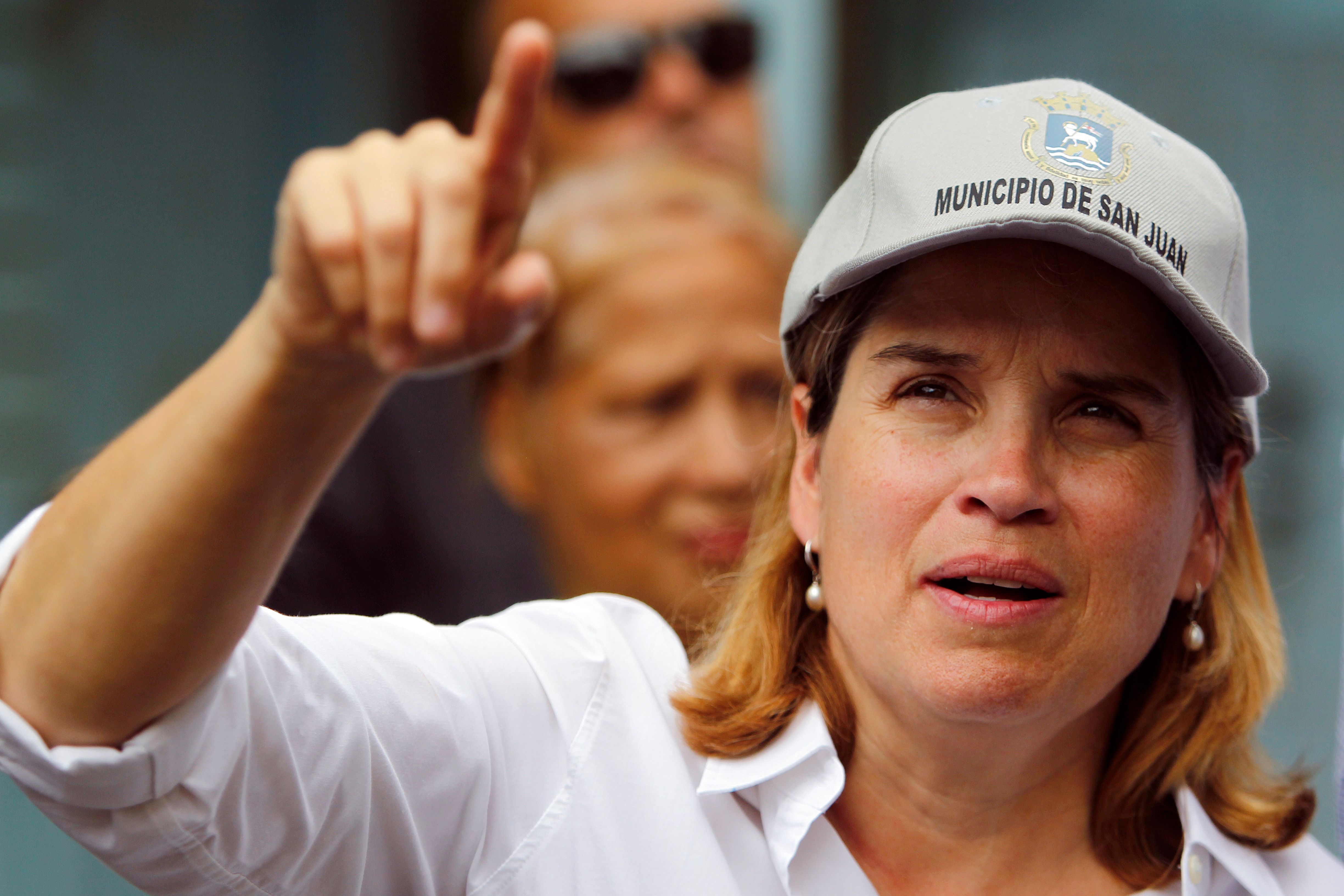 The Mayor of San Juan, Carmen Yulin Cruz as she visits the Playita community in San Juan, Puerto Rico, on October 27, 2017. (Photo by Ricardo Arduengo/AFP/Getty Images)

San Juan mayor Carmen Yulín Cruz sat down with Latino Rebels, of Futuro Media Group, on Wednesday morning to discuss the new study by Harvard University which estimates that 4,645 people died in Puerto Rico by direct and indirect causes of Hurricane María.

This number, based on a survey of 3,299 households across the island, is more than 70 times the official government count of 64 casualties.

“FEMA, our government, our municipal government, and the Trump administration have to look at this and say ‘Never again, and we have to change the way we do things,’” Cruz told Latino Rebels Radio host Julio Ricardo Varela. “Because those 4,645 people, those lives have to mean something.”

The study, based on a survey conducted by Harvard T.H. Chan School of Public Health in collaboration with Albizu University in San Juan, concluded that Puerto Rico’s mortality rate between September 20 through December 31, 2017 was 14.3 deaths per 1,000 persons.

Mayor Cruz was a vocal critic of the response by the federal government, the Trump administration, and the Rosselló administration in the aftermath of the hurricane.

“This is one of those days where you don’t want to be right,” she said.

She gained national attention for her reaction to Homeland Security Secretary Elaine Duke’s comments on the response to Puerto Rico relief efforts, which Duke called “a good news story.”

“I know it is really a good news story in terms of our ability to reach people and the limited number of deaths that have taken place in such a devastating hurricane,” Duke told reporters outside the White House on September 28, 2017.

Mayor Cruz reacted to those comments live from San Juan on CNN the following morning.

“This is not a good news story,” she said in disbelief. “This is a people are dying story.”

Upon reading the results from the Harvard study, Mayor Cruz repeated the comments she made in September.

“This is not a good news story. This is a stain and a blemish in the history of the American people and, certainly, this is a disgraceful situation for President Trump.”

She also slammed the Rosselló administration and called for more accountability from the governor.

“I think this is grounds for Governor Rosselló to expel [his cabinet members] from his government.”

You can listen to the interview here: