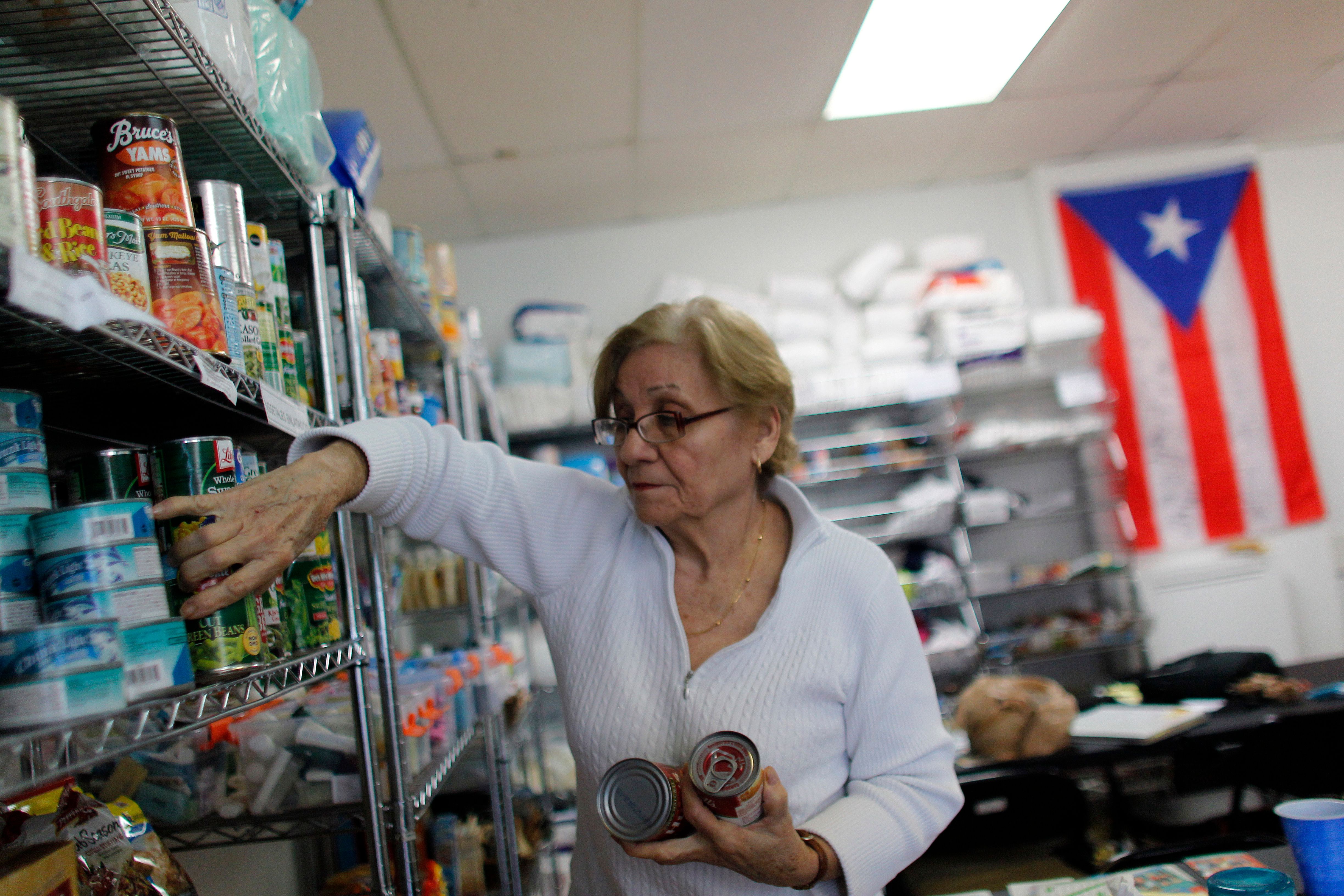 Yazmin Marcano, 47, moved to Kissimmee, Florida, when she lost her home in Toa Alta, Puerto Rico, after Hurricane María. She arrived alone and settled at a Super 8 motel in Kissimmee, where she lived until late May 2018.

Marcano lost all of her belongings when Hurricane María made landfall across Puerto Rico on September 20, 2017. “Even my documents were destroyed. My birth certificate and everything else were on the trees,” she told Latino USA. She moved in November, and her 16-year-old son arrived a few months later.

Marcano and the other families who lived in the hotel knew very little about the benefits available to them when they arrived in Central Florida.

Voting was the last thing on her mind.

Now Marcano, who was the former secretary at the Puerto Rico Department of Health, volunteers recruiting voters in Central Florida through Organize Florida. She uses her experience to teach other Puerto Ricans like herself about the importance to vote in this year’s midterm elections.

“I have felt like a second-class citizen here. It makes me want to cry sometimes,” she said. “I’ve always been working class and a taxpayer, and now I depend on social benefits.”

Marcano and her son are one of the 56,000 families who have settled in Central Florida since Hurricane María, according to data by the Center for Puerto Rican Studies at Hunter College in New York. And in this summer’s primary elections –and in the November midterms– many will be eligible to vote for the first time.

Although they are American citizens, Puerto Ricans on the island cannot vote for a voting member of Congress or for President. However, once they move to the mainland (as an estimated 135,000 did after the hurricane), they can register to vote like any other citizen.

Organize Florida has been targeting Puerto Ricans who are living in FEMA-approved hotels and who seek services in access centers, as well as supermarkets and Goodwill, according to Liliana Cruz, community follow-op organizer at Organize Florida.

“We’re looking to engage with people we already have a relationship with,” Cruz explained. “Our focus is on educating them on why it’s important to vote, and about the fact that they can vote.”

Cruz sais this empowerment-driven campaign has already delivered results. “I’ve noticed a change in them, how they’re becoming leaders in their communities,” she noted, like in the case of Marcano, who Cruz met and helped register to vote while she was getting her food stamps.

Now Marcano volunteers with Organize Florida to help others register to vote and learn about their rights.

“I’m trying to pass my knowledge forward,” she said. in Florida

The Summer for Puerto Rico campaign is spearheaded by Julio López Varona, the Director of Puerto Rico Diaspora Campaigns at the Center for Popular Democracy. He emphasized that the focus of the campaign is on promoting political empowerment and literacy, by providing context on who are the lawmakers, and teaching communities about the effects of colonialism.

“We hope the campaign will set a tone about what happens when you don’t listen to Puerto Ricans,” he said. “Whoever wins should know there are Puerto Ricans who will hold them accountable.”

Democrats and Republicans in states like Florida, Pennsylvania, New York, Connecticut and New Jersey have been rallying for the Puerto Rican vote, which is considered to be pivotal for the midterm elections.

The Puerto Rican vote is especially attractive in battleground states like Pennsylvania and Florida, where the Puerto Rican population has skyrocketed over the last 10 years. There are currently just over one million Puerto Ricans in Florida, about twice the amount of Puerto Ricans in that state in 2000, according to the Pew Research Center. Most have settled in Central Florida, and have concentrated in areas like Tampa, Kissimmee and Orlando.

This population shift has already worked in favor for Democrats as the area has grown increasingly blue, contrary to the more Republican-leaning Cubans in South Florida, according to Jorge Duany, director of the Cuban Research Institute at Florida International University and an expert on Puerto Rican migration. In 2016, Hillary Clinton took Orange, Osceola and Highlands Counties, all three which contain a significant Puerto Rican population.

Candidates are already vying for the Puerto Rican vote. In Florida, Gov. Rick Scott (R-FL), who is running for the Senate against incumbent Democrat Bill Nelson, recently unveiled a Spanish-language advertisement aimed at the Puerto Rican community. It features two Puerto Rican-Floridians who speak favorably about the Governor’s response in wake of Hurricane María and his economic record.

While some are hoping Puerto Ricans will flip battleground states by their tendency to lean blue, Duany thinks there are certain factors that indicate the population won’t have a consequence in these elections.

For many Puerto Ricans who have just arrived to the mainland, this election represents the first time they will be able to vote for an elected official with power at the national level. Still, many approach the enthusiasm for the Puerto Rican vote with caution.

“As voters, we have to take this pandering with a grain of salt,” Coral Negrón, a 26-year-old grad student and freelance reporter, said. She moved from the Puerto Rican city of Ponce to Manhattan with her partner and their two children, ages 3 and 6, after she lost her job as a reporter at a local newspaper after the hurricane. “They all talk about reconstruction for the island but it’s not enough.”

“I don’t have a doubt in my mind that they’re pandering for the Puerto Rican vote, but it’s important to vote anyway,” Bernard Aanonsen, a 26-year-old salesman from Mayagüez, Puerto Rico who moved to Manhattan after the hurricane, said. “We need to vote to make Puerto Rico better, so those of us who left can go back.”

Others are more cynical about the elections.

Paola Brignoni, 23, who works in Boston as a consultant, was unaware there were midterm elections this year. Though she’s open to the possibility of voting this year, she is unenthused.

“I’m certain that Puerto Rico is not going to be on the agenda of whoever wins anyway,” she said.

Karen Febo, 27, is sure she won’t vote. Febo moved to Florida after she lost her job as a waitress in San Juan, but now lives in Massachusetts. She never voted while living in Puerto Rico, and moving to the mainland confirmed her opinions about voting.

“Neither party has the best interests of Puerto Ricans at heart,” she said.

“In the middle of everything, seeing your vote as the solution to everything that has happened and for people’s necessities is laughable,” Febo added. “Putting your faith in the people who had power in the moment of the island’s crisis is laughable.”