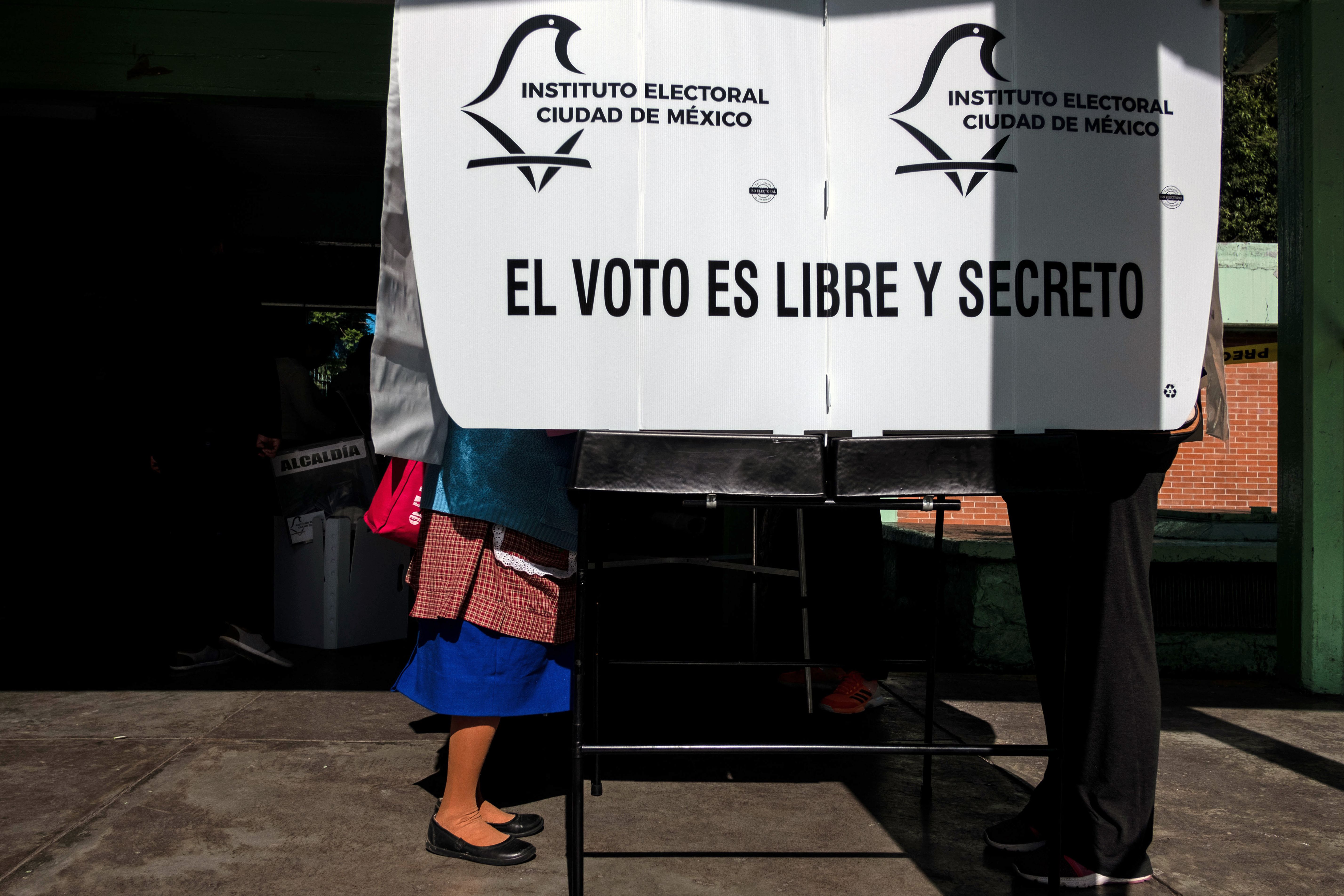 A woman casts her vote during the presidential election at a polling station in Xochimilco, Mexico City on July 1, 2018. (Photo by Guillermo Arias/AFP/Getty Images)

When Andrés Manuel López Obrador made his victory speech after it became clear that he had won the Mexican presidency, one of the first statements he made was expressing his respect for the voters and candidates of the parties running against him. López Obrador then called for reconciliation and wanting to build an authentic democracy. The changes that he will bring to the country, he said in his speech, are profound but within the established law.

According to experts, in a country with a long struggle for democracy, López Obrador’s election represented a shift since a process of democratization took precedent in the year 2000.

“The election proved that political discontent and political organizing can be channeled through democratic institutions…probably the most important result in terms of the support of democracy is that there was a group of voters (mostly leftists) that had not won a presidential election, and therefore democracy had not ‘proved’ that anyone could win,” Andrés Lajous told Latino USA. Lajous is an advisor to the elected Mayor of Mexico City, Claudia Sheinbaum, and a member of a group of leftist scholars and activists called Democracia Deliberada (Deliberate Democracy).

In the Presidential elections of the year 2000, Vicente Fox, a candidate of the conservative National Action Party (PAN), defeated the Institutional Revolutionary Party (PRI) in the general election and got rid of 71 years of rule of the federal government by a single party. The year 2000 was crucial for the country and showed that a dissident party other than the PRI could be able to win the presidency.

“Change in 2000 was an extremely consequential one. I think it was possible after the 2000 election to think of Mexico as a fully competitive democracy,” Kenneth Greene, Professor of Government at The University of Texas at Austin, told Latino USA.

However, after the 2000 election, the PRI and the PAN dominated and a left-wing party had not been able to win the presidency, but that all changed with this recent election.

López Obrador’s victory for the left in Mexico, Greene points out, is a “culmination of decades and decades of struggle.”

A Political Trajectory Marked By Struggle

López Obrador’s political trajectory has been marked with failure and struggle, except for when he won the position of Mayor of Mexico City in 2000. He lost for the position of governor of Tabasco in 1994, and lost the presidential elections of 2006 and 2012.

In 2006, when López Obrador ran for president and lost by less than a percentage point, his supporters held protests throughout Mexico City and López Obrador had a mock swearing-in. Greene remembers López Obrador saying “to hell with your institutions” at the time.

His victory in these recent elections was different than ones that have occurred in recent democratic Mexican history because he received about 53% of the vote and his coalition won a majority of the seats in both the chamber of deputies and the senate. Past presidents in the democratizing era were elected with less than a majority of the votes.

Ricardo Anaya, candidate of the PAN and López Obrador’s main competitor, made a statement about democracy as the exit polls showed López Obrador ahead in the results, “No democracy works without democrats…because I believe in democracy, because I am a Democrat, I say today before Mexicans that the information of the results I have tells me that the trend favors Andrés Manuel López Obrador.”

Irregularities and Violence at Local Level

A triumph of democracy was also noticed by international electoral observers present in the country to observe the democratic process and document the type of dirty electoral tricks that helped the PRI stay in power for many years such as vote buying and electoral fraud. One group called the Scholar and Citizen Network for Democracy, made up of academics and activist throughout the world, spoke of what their expectations and experiences were. Despite some observers saying that they saw suspicious activity at the polling stations, they also expressed a sign of hope for Mexican democracy at a press conference.

“We came yesterday thinking that the elections were going to be very tense, with violence and fraud” said Peter Watt, a Lecturer at the University of Sheffield at the press conference, said at the press conference which took place a day after the democracy. Watt went on to say that, however, more than anything what he saw “was a democratic expression with democratic participation” of the Mexican citizens, with very committed people working seriously until late at night.

Another observer who spoke at the press conference, Amy Shannon of the organization Alianza America, said there were some irregularities, such as polling stations opening late, but that she was also a witness to a lively expression of democracy and civic celebration.

To Greene, the struggle for democracy is ongoing.

“The presidential outcome and the smoothness there” he said, “shouldn’t overshadow some really important things that are going on locally that still need a ton of attention.”