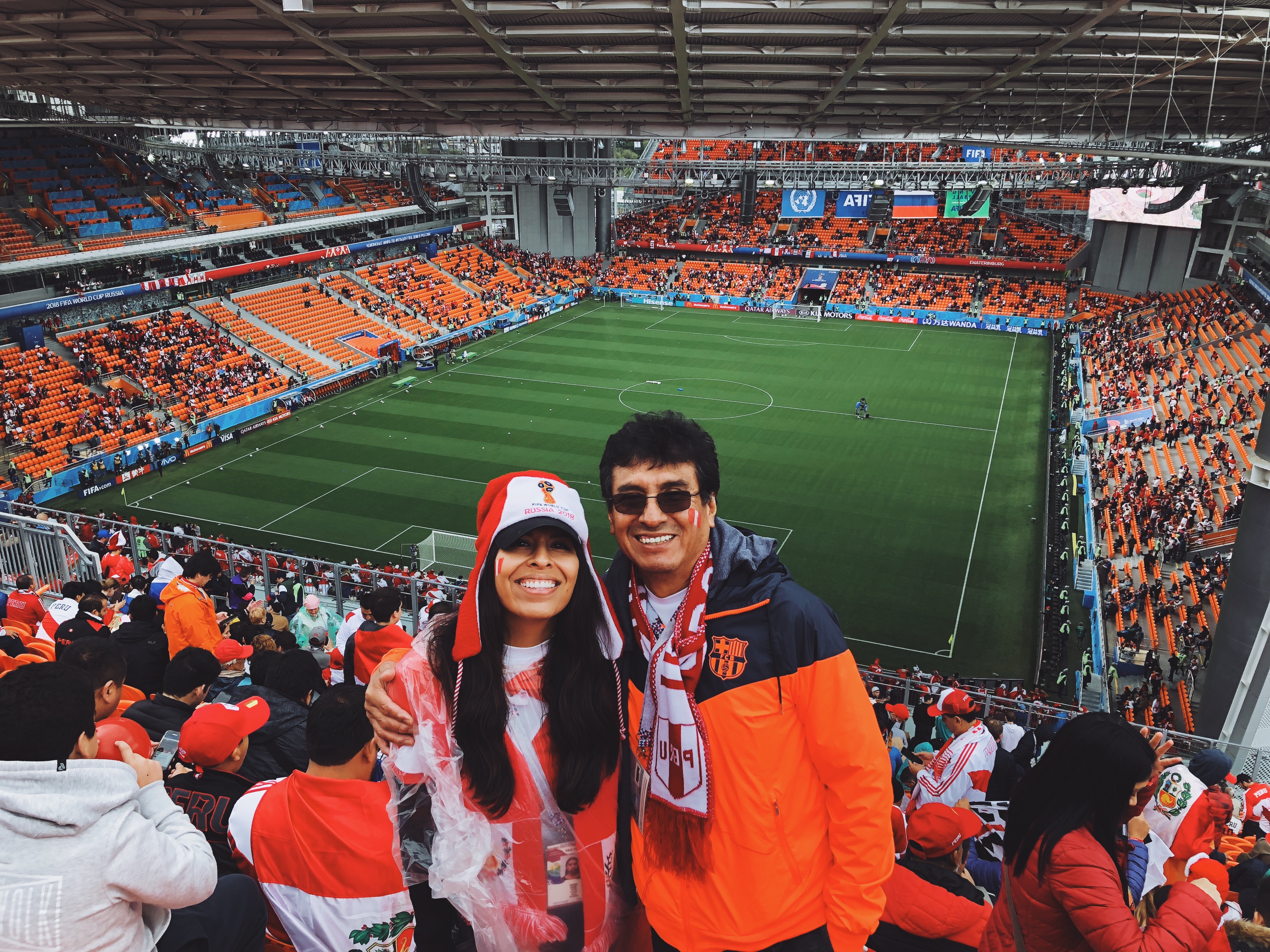 The 1970s were a golden age for soccer in Peru, one that Latino USA producer Janice Llamoca heard about while growing up in Los Angeles in the ’90s. The Peruvian soccer team went to three World Cups in that era. But after that, the team did poorly for decades—failing to qualify for the World Cup year after year. At the same time, the country experienced economic and political crises. For the people, the message was: Peru just isn’t good enough.

But then in 2017, for the first time in 36 years, Peru had a chance to join the greatest soccer stage in the world. With the help of coach Ricardo Gareca and Peru’s star player Paolo Guerrero, the Peruvian squad earned the final spot to compete in the 2018 World Cup in Russia.

For Llamoca, who was raised a loyal fan of the Peruvian national team, she suddenly had the opportunity to fulfill a lifelong dream of seeing Peru play in the tournament. And so, on a whim, she bought tickets to Russia for her and her dad, Pepe. They were about to go on the ultimate father-daughter soccer adventure.

One thought on “With You, Peru”