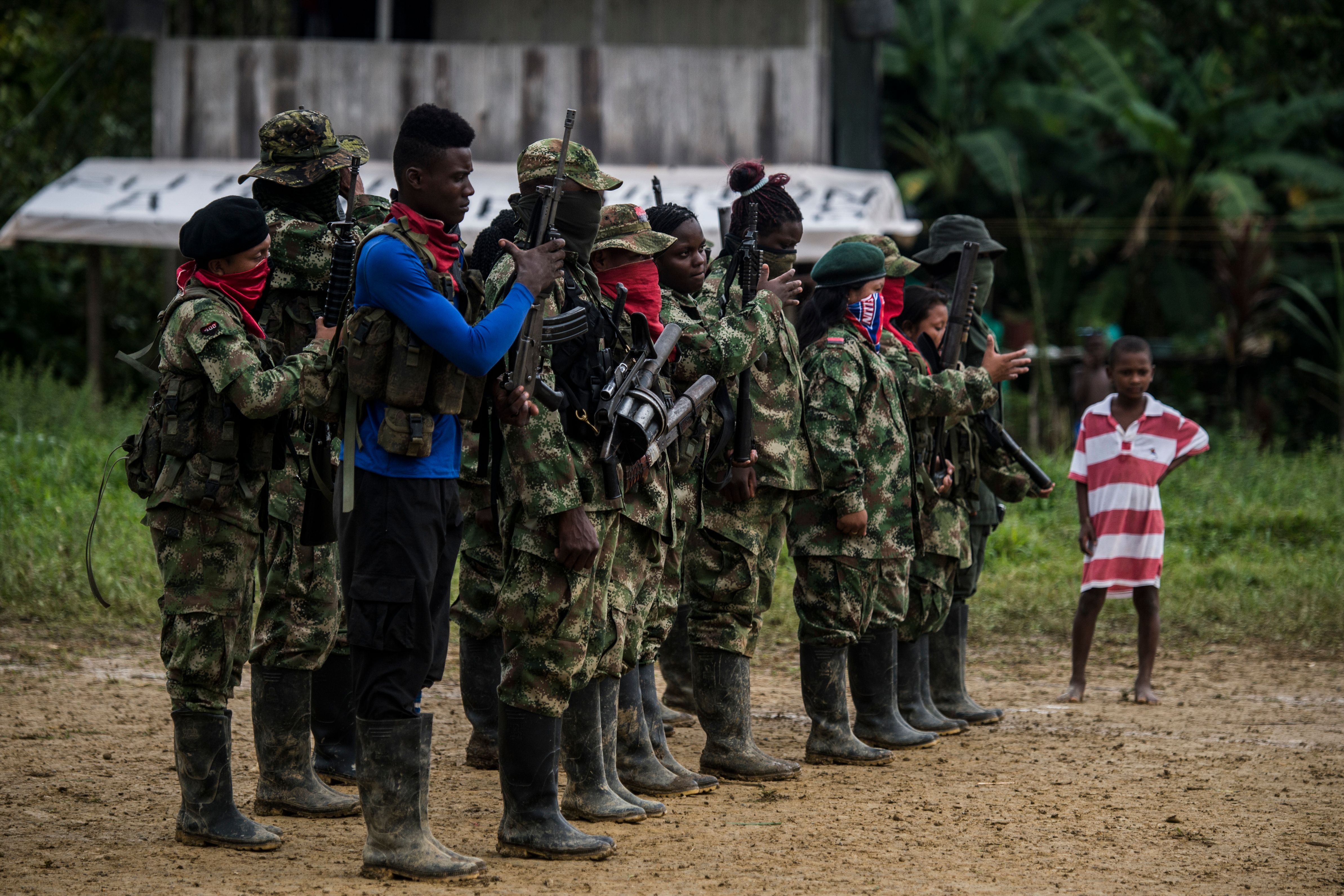 On July 19, Afro-Colombian and indigenous advocates spoke at a hearing in Washington, D.C., where they expressed concerns for the safety of their community weeks ahead of Colombia’s presidential inauguration.

President-elect Iván Duque is set to be sworn in as President of Colombia on August 7. In an election that was considered a vote for or against outgoing President Juan Manuel Santos’ peace deal signed in 2016, Duque is a right-wing candidate who opposed those negotiations. The deal between the government and the Revolutionary Armed Forces of Colombia (FARC) sought to end the more than 50-year-long armed conflict.

“The Afro-Colombian population has suffered most from the armed conflict that the country has lived over the last few decades, because this conflict has developed in the regions where we live,” Marino Córdoba told Latino USA in a phone interview. Córdoba is a leader in Colombia’s black communities, and director and founder of the National Association of Displaced Colombians (AFRODES).

Of the assassinations of human rights advocates that have happened so far this year, 56 percent were of indigenous or Afro-Colombian leaders. Now advocates in the community are concerned about the changes to the peace deal promised by Duque.

Córdoba was on tour in the United States with Luis Fernando Arias, Secretary General of the National Organization of Indigenous Peoples of Colombia. Before visiting the nation’s capital, Córdoba was in New York for the Afro-Latino Festival, where his colleague Bernardo Cuero, murdered in 2017, was honored with a posthumous award.

“This is a humanitarian crisis. We want to share our concerns particularly with politicians who have spoken openly about undoing the peace accord because that would mean returning to violence,” Arias said during the Washington, D.C., hearing.

Córdoba says that it is often the children of indigenous and Afro-Colombian communities who are recruited by the armed conflict.

“The deal ended the armed conflict of more than 50 years, which had collective effects in the populations and communities like ours that were negative for our survival, and in that way, we’re seeking solidarity from the United States to be able to resist,” Córdoba said.

Córdoba and his colleagues hope members of Congress members stand with them.

“If we can get support from politicians in the U.S., Colombians will understand it because the U.S. has political and economic power,” Córdoba explained. “They influence a lot the decisions that are made.”

Córdoba met with senator Marco Rubio’s team. Rubio was very critical of the peace deal, and congratulated Duque on Twitter when he won the presidency.

Congratulations to @IvanDuque, the new President-elect of the Republic of Colombia. Today, is a historic day for #Colombia as they democratically elected a woman, @mluciaramirez, as Vice President of the nation.

His sharpest words, however, were for the Colombian political party that seeks to change this peace deal, saying that they profit from the ongoing conflict.

“We are making this call because those who won the election are from a sector of the country that love war,” he said. “They want to prolong the conflict in Colombia and therefore are against the peace negotiations because of all the profit that all wars have. There’s a lot at stake here in terms of war, and they want to hold on to the income and privileges the war grants them.”

“We are defending the right to life, the right to peace,” Córdoba added, “And [we defend] a needed development and vision of culture and the lifestyle of our communities.”

Watch a video of the hearing here: