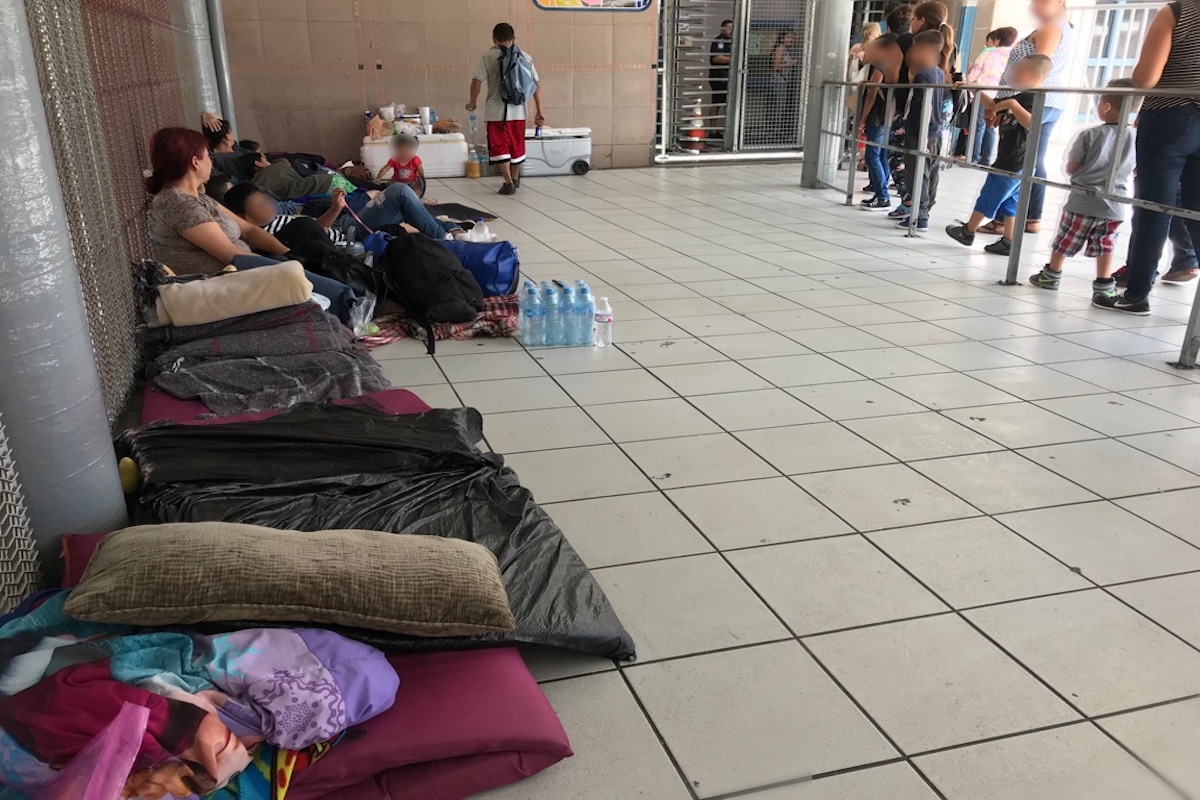 The wait time for migrants seeking asylum at legal ports of entry along the U.S.-Mexico border has recently increased from hours to weeks, causing some families to camp out for days. We go to the border to meet some of the people waiting there and explain the asylum process in the United States.

At the Nogales pedestrian port of entry in Arizona, some families with small children waited for up to two weeks before a U.S. Customs and Border Protection (CBP) officer allowed them to come through and ask for asylum, according to the Kino Border Initiative, a binational organization that gives aid to migrants along the border.

On a recent visit to Nogales, four families were waiting. Two had spent the night on the makeshift camp at the port of entry. All of them waited for at least two days to be seen by a CBP officer. And on that day, agents processed only two families.

“CBP is not denying or discouraging travelers from seeking asylum or any other form of protection or from claiming fear of return to their home country,” according to a statement from the agency. “When our ports of entry reach capacity, CBP officers’ ability to manage all of their missions —counternarcotics, national security, facilitation of lawful trade— is challenged by the time and the space to process people that are arriving without documents from time to time.”

But legal experts and humanitarian groups believe that telling migrants to remain in Mexico and make them wait to approach the port of entry is more than a bureaucratic issue.

“I think this administration has made clear that it wants to limit severely the number of people coming to the U.S.” said Grace Meng, senior researcher for Human Rights Watch. “It’s really troubling to see how this administration is gutting a system that was meant to provide refugee protection. This is a country that has prided itself in the past for providing refuge for thousands tens of thousands of people and to see this administration just gutting this system is heartbreaking.”

Listen to the stories of some of the people waiting for asylum at the port of entry and how the process of applying for asylum works.