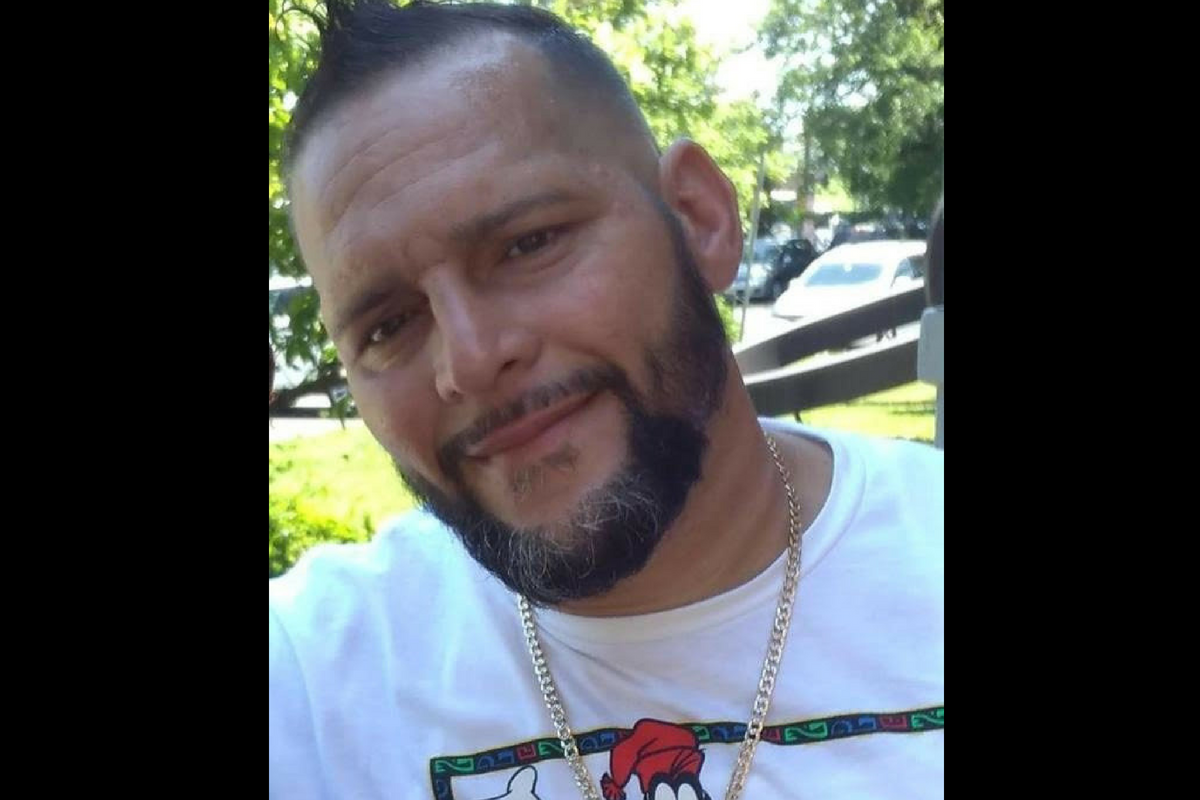 On July 28, Joseph “Joey” Santos, a 44-year-old New Jersey native of Puerto Rican descent, was shot and killed at Dorney Park in Allentown, PA. A video of the shooting shows Santos walking on the street, and being shot five times with his hands up. The officer’s name has yet to be revealed by South Whitehall Police Department. Days after the event, a rally was held by Make the Road PA, one of the largest Latino advocacy organization in the state. During an interview with Latino Rebels, Maegan Llerena Muñoz of Make the Road PA said that the family didn’t know of Santos death until a day after.

Police were called when Santos was seen walking in the busy street, directly in traffic, according to a 911 call recording.

In an article from Allentown’s The Morning Call newspaper, Santos’ girlfriend, who went to the park with him, was unaware that he had left. She went to find him after the park had already closed and tried filing a missing person’s report, though she was told she needed to wait 24 hours. She heard about the shooting when she saw a video which had gone viral across the internet.

Make the Road PA organizers held a rally and vigil for Santos on August 1, and posted photos on social media, using the hashtag #Justice4Santos.

“Because we are underrepresented, the first thought isn’t to treat people with respect but how can we keep protecting our people and their people are white people, and the ones under attack are people of color,” Llerena Muñoz said in her interview with Latino Rebels. “We want people who can see us and not criminalize us and just see us as normal human beings, and that’s so hard. What happened to Joey is so important because it shows that it can happen to any one of us, I could be walking down the street and someone could kill me.”

Santos was pronounced dead at Cedar Crest Hospital. The coroner filed the death as a homicide though no charges have been filed against the officer, who is currently on paid administrative leave. The Pennsylvania State Police is leading the investigation into Santos’ death.

UPDATED: August 7, 12:35pm: Organizers say DA will rule shooting unjustifiable.
Representatives from Make the Road PA said via email that they met with State Police and were told the District Attorney will rule the shooting of Joey Santos unjustifiable. Latino USA contacted the DA’s office to confirm and are waiting on a response. A press conference will be held at 2pm.

August 7, 2:32pm: DA confirms during a press conference that shooting has been ruled unjustifiable.
During a press conference, Lehigh County District Attorney Jim Martin said that the officer has been charged with voluntary manslaughter. The officer was identified as Jonathan R. Roselle. He said, “In this case, there is no evidence that Mr. Santos was armed with any weapon and no evidence that he committed or attempted a felony.” He also said that the investigation hasn’t conferred any evidence that the shooting was racially motivated.

Video of the press conference is available here via Allentown’s The Morning Call newspaper: