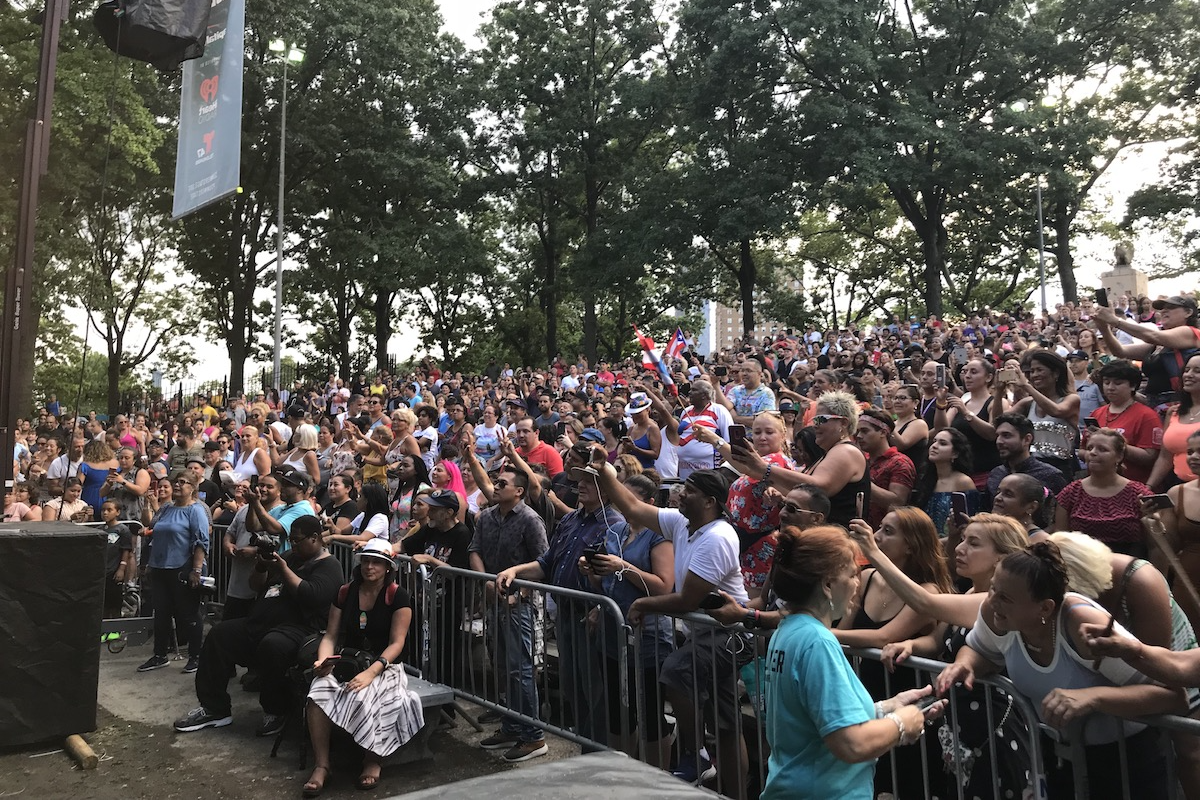 Latino USA host Maria Hinojosa started off the party with news that the show continues to grow, not only in the podcast space but also with new stations and time slots, including a new 9pm ET Friday night slot on WNYC’s FM station.

The concert was held at the amphitheater at New York’s East River Park on the Lower East Side. It kicked off with La Bruja, who performed spoken word that motivated many to raise a fist in solidarity with the ongoing struggle in Puerto Rico, particularly following Hurricane María.

Then Hinojosa introduced the main act, Jerry Rivera, who performed new songs as well as beloved 1990’s hits such as “Amores como el nuestro” and “Cara de niño” to an energetic crowd that at times became overwhelmed with joy.

Latino USA is the longest running Latino-focused program on U.S. public media, and Sunday’s concert activated the crowd in a way that uplifted the show, as well as the high-spirited attendees. With laughter, Puerto Rican flags highlighting the Lower East Side and a lot of dancing, the anniversary of Latino USA also became a moving and powerful celebration of what it means to be Latino.

Here are some tweets from the event:

What an amazing time at the #LatinoUSA25 @SummerStage concert with @jerry_rivera. When Jerry sang AMORES COMO EL NUESTRO, the fans loved it. And they showed a lot of love for a @LatinoUSA‘s 25th anniversary!!! pic.twitter.com/KM3yoS5Ngs

This is just the DJ part of today’s #LatinoUSA25 free concert at East River Park in #LES in #NYC! Happy 25th @LatinoUSA!!!! pic.twitter.com/THoYnAKrc2