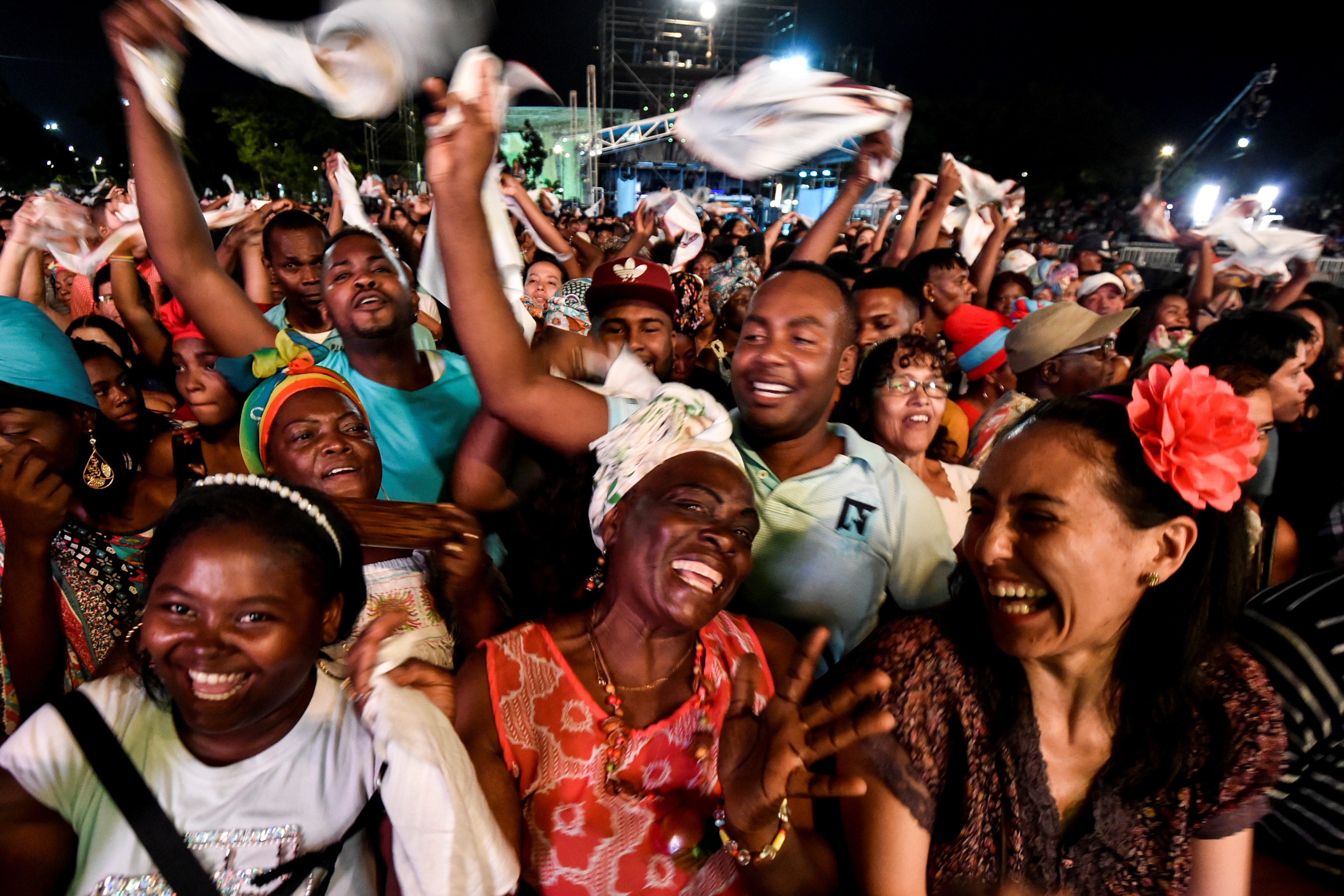 CALI, COLOMBIA — Every year, the Petronio Álvarez Music Festival is lauded as one of the most important events showcasing Afro-Colombian talent and folklore. In a region known for its diversity and migrant population, the festival is a place to celebrate local customs, and this year it showcased how Afro-Colombians are deeply rooted in the tradition of healing through music.

The festival ran from August 15 to August 20, and thousands of people from different parts of the country traveled to Cali to enjoy the six-day event.

“The musical compositions sprout through the experiences, the things that happen in the environment in which we live,” Ingrid Gelen Wisamano, a member of Cantoras de Manato, told Latino USA. “As always, inciting peace. Because through singing you can also talk about peace.”

This year, the festival honored the memory of the victims of the armed conflict by awarding a prize to the “best song related to memory and reconciliation.” Cantoras de Manato was one of the bands who won. Based in the Cauca region in southwestern Colombia, they presented the song “Colombia libre” (Free Colombia), invoking a message of peace and reconciliation.

Recent studies estimate that Afro-Colombians make up 20 percent of the Colombian population and up to 30 percent have been displaced by the armed conflict in the country. Currently, organizers are worried about threats to the peace deal, given the incoming right-wing president’s opposition to the negotiation.

At this year’s festival, more than 50 bands from Chocó, Buenaventura, Nariño, Cauca, and Guapi performed a variety of rhythms and genres—ranging from chirimía, marimba, violines caucanos, and “libre” or freestyle, to compete for awards. The festival also featured handcrafts, traditional foods such as viche (the sugar cane liquor used as the base for other drinks), fashion designs, and vibrant hairstyles. It was unapologetically Black and filled with immense pride.

“I found songs deeply rooted in people’s history, songs inspired in the suffering of violence and at the same time in how this could be transformed through poetry, through musical tradition, and I found that this led to hope, to the possibility of coming out of a very deep pain,” said Francisco de Roux, one of the festival’s judges.

Most of the music performed at the festival was also related to rituals that take place in religious celebrations, parties and funerals. Cantoras de Manato, for example, began as a funeral band. “In Villarica, Cauca, we had the bomb attack on February 2012 that caused so much pain, but the people through the songs and the ‘Salves,’ a death rite in which we sing when someone dies, helped us to remember who passed away,” said Ingrid.

Imelda Posudo, the oldest member of Cantora de Manato said that “to heal we must keep remembering what they did [the ones who died]. We can’t forget our ancestors, those who gave us knowledge.”

“Through our instruments, we express ourselves about what we feel,” Harvey Steven Tenorio Mina, Cantoras de Manato’s youngest member, added. “Music helps us to reject violence.”