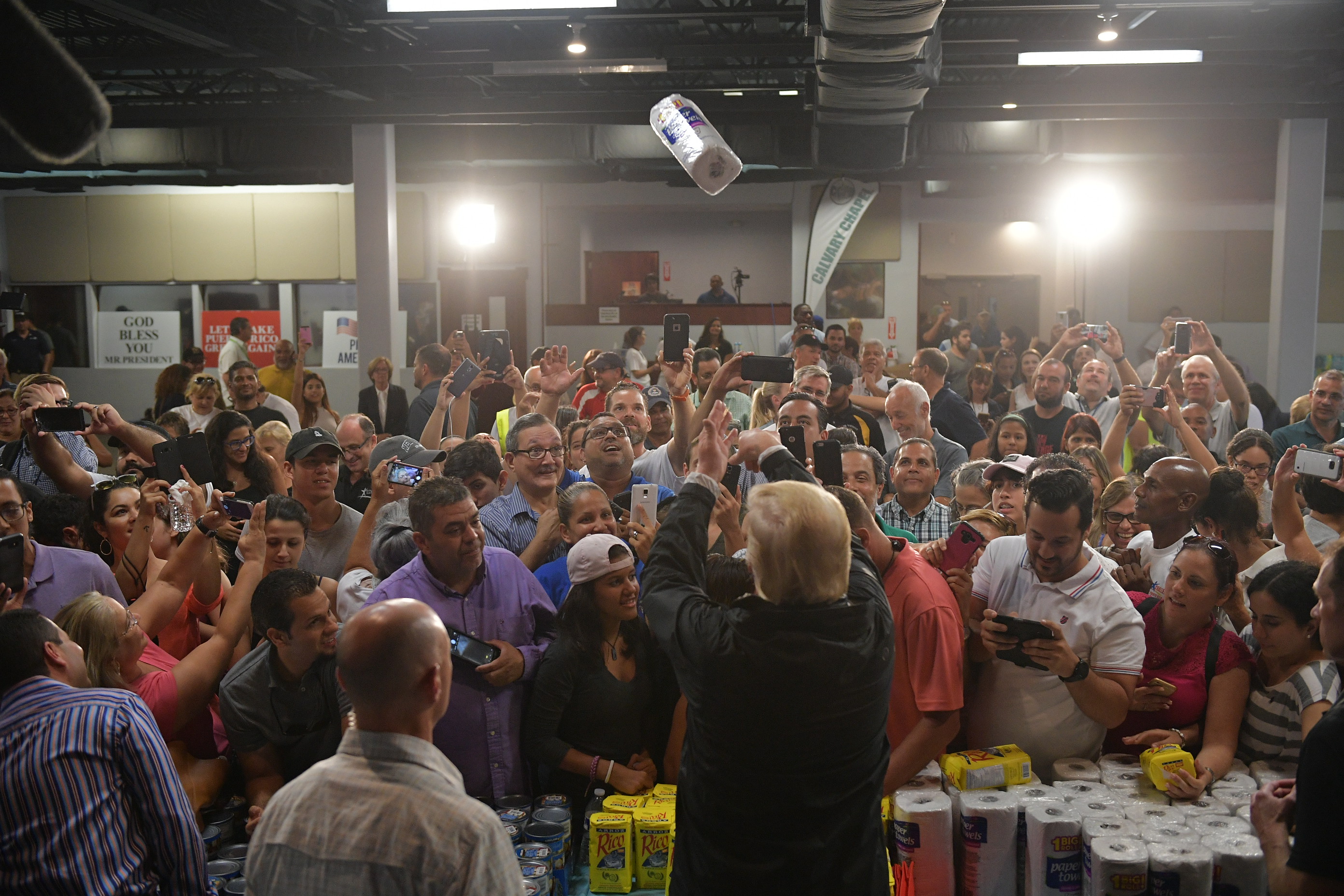 Hurricane Florence’s battering of the southern United States has brought natural disasters and their devastating impacts back into the daily news cycle.

The Atlantic hurricane season is in full swing and while earlier assessments predicted a normal year compared to 2017’s monstrous season, 2018 is now poised to potentially set records for the number of named storms occurring simultaneously.

Layered on top of updates on Florence’s strength and path in recent days, as well as warnings to citizens about how to protect themselves, was an ongoing tirade from U.S. President Donald Trump disputing the death toll of last year’s Hurricane María in Puerto Rico.

Trump’s gale of tweets was unleashed when a new study from the Milken Institute School of Public Health of George Washington University estimated a revised death toll of almost 3,000 due to the hurricane.

Trump’s self-serving objections aside, this is not the first time Hurricane María’s death toll had been revised. The numbers have been adjusted several times, with estimates varying from a Harvard study that pegged it between 800 to 8,500 dead to the government of Puerto Rico’s confirmation in early August that 1,427 people died as a result of María’s fury.

But more importantly, Trump’s display of self-serving, defensive narcissism as he disputed María’s death toll has demonstrated in real time what many observers and students of disasters and the politics that surround them have long known: Disaster death tolls are notoriously difficult to determine accurately.

That’s despite our best efforts, and amid obvious attempts to use these estimates for political purposes.

What’s in a Number?

As scholars and practitioners in the governance area of disasters have made clear, there are limitations to the accuracy of estimates for a variety of reasons.

These include the unique conditions of each disaster as it unfolds, its immediate aftermath and disputes about who gets counted and who doesn’t.

As we have seen with the evolution of Hurricane María’s death toll, the numbers are subject to change and revision. In the case of María, the number has gone from the 16 deaths Trump cited when he visited the island and tossed half as many paper towel rolls into a crowd to the estimates of 3,000 we see the president angrily disputing today.

Because air-tight accuracy can be difficult when estimating disaster death tolls, it’s unsurprising these numbers are not only contentious but are also leveraged politically. Death tolls, along with other estimates of a storm’s strength, size and impact, (such as the Saffir-Simpson Scale that rates hurricanes by category), as well as damages estimated in total economic loss or insured losses, can all be used for political purposes.

As I have written previously, disasters are immensely powerful and costly events that spawn a variety of responses and strategies.

While novel financing mechanisms and insurance strategies are certainly one way to address them, another is to manage the public’s perceptions regarding a particular natural disaster.

Political strategies aimed at shifting public perceptions are obviously nothing new, but they’re becoming even more important given the effects of climate change and increasingly intense weather systems. Trump’s howls of outrage over Hurricane María’s estimated death toll are likely aimed at changing public perceptions about the scope of the disaster, but it’s important to understand that he’s is hardly an innovator in this area.

Indeed, studies have shown that even the declarations of states of emergency within the U.S. are subject to political considerations. Researchers have demonstrated that FEMA disaster payments in different states are dependent on political considerations due to upcoming elections and races important to the president and his party.

Other governments have leveraged disaster death tolls and other statistics for political purposes. In his 2015 book The Disaster Profiteers: How Natural Disasters Make the Rich Richer and the Poor Even Poorer, John Mutter highlighted two cases in which governments have utilized death tolls for political purposes: Haiti in the aftermath of the 2010 earthquake, and Taiwan following Typhoon Morakot that struck the country in 2009.

What is most interesting about these two examples is that the death tolls were used for contrasting purposes.

In the Haitian case, Mutter points to evidence that the government inflated the death toll due to the earthquake in order to solicit more donations and humanitarian aid.

Mutter says the government of Taiwan, on the other hand, chose to downplay the number of dead in the aftermath of the typhoon. This was due to a desire to be viewed as in control as well as more developed, as higher death toll numbers would negatively impact public perceptions of Taiwan.

What Florence and the inevitable storms to follow should underscore is that it’s important to remain critical of the narratives that are presented in the aftermath of these events. Politicians have many reasons to both underestimate and overestimate death tolls in the aftermath of natural disasters.

While we should continuously strive for the most accurate assessments of the impacts of these events, politics will continue to play an important role in which figures receive primacy and why.