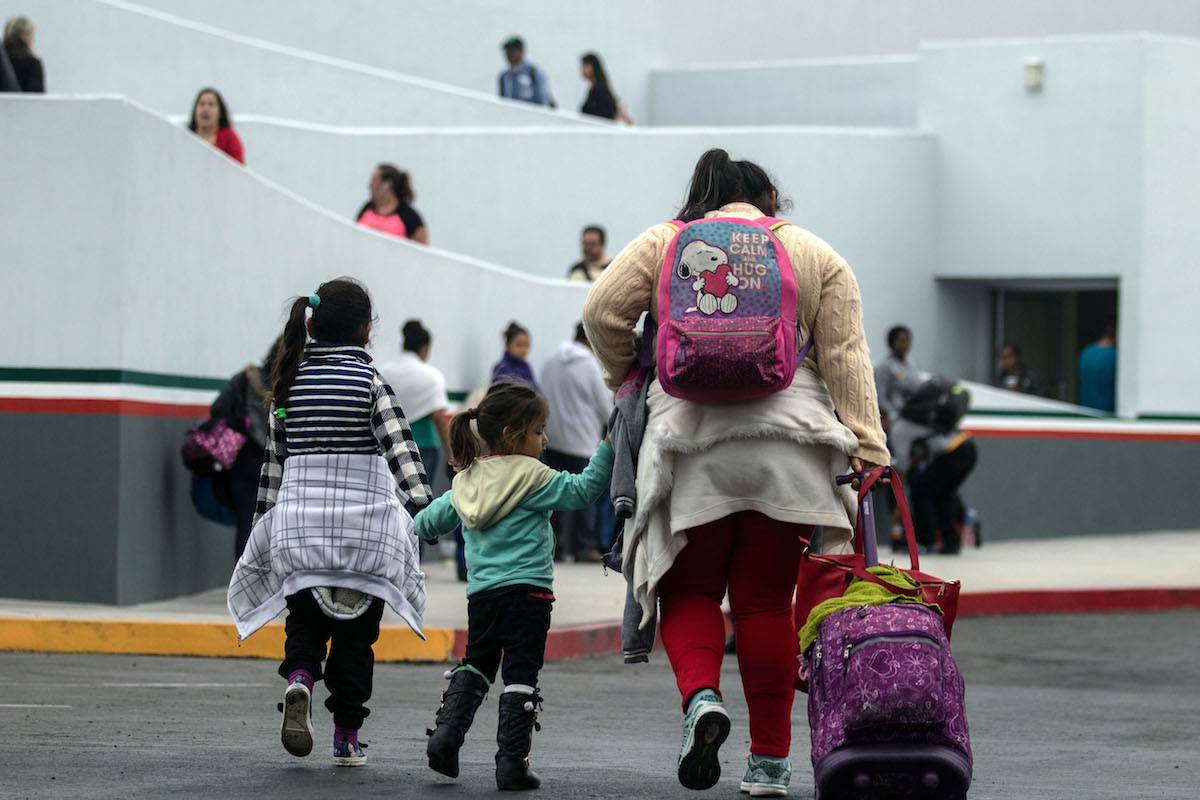 Migrants walk towards El Chaparral port of entry in Tijuana, Mexico, in the border with the United States on June 21, 2018. (Photo by GUILLERMO ARIAS/AFP/Getty Images)

Under President Donald Trump, the United States has taken a tough stance against migrant workers from Mexico crossing the U.S.-Mexican border. Trump’s efforts to build a longer and better wall, so far unsuccessful, are based on the premise that the U.S. economy is better off with fewer migrant workers, regardless of whether such migrants are documented.

But is it true?

Two decades after the signing of the North American Free Trade Agreement (NAFTA), the economy of North America is closer than ever to being completely integrated prior to the ongoing renegotiations. The current deal is supposed to prevent a further decline in America’s competitive advantage, as well as to reduce the need for migrant workers from Mexico.

However, there are now more, rather than fewer, migrant workers in the United States. More than 10 million are undocumented. Many obtained false papers with the help of U.S. employers.

I spent 15 years researching the experiences of Indigenous (Nahuatl-speaking) people from the Alto Balsas region of Guerrero, Mexico. During that time, I heard many stories about the hardships migrant workers are willing to endure for the chance of employment in the United States.

Many Americans who may support Trump in his efforts to build a wall may not know about the conflicted feelings many of these migrant workers experience, reflecting the contradictions of a system that demands the free movement of goods and capital—but not of workers.

Imagine, for example, if you had no other choice but to move to a neighboring country as the only way to make a decent living, and then being cut off from your family even though they live nearby.

Imagine if you had to make the choice between going back home to attend your father’s funeral or keeping the job you need to support your children.

Imagine going to a bus terminal in Mexico and only realizing after two hours that the stranger pacing back and forth is actually your father who is supposed to meet you and bring you and your baby back to the place you were born after being away for 20 years.

I heard many such stories during my research.

One young man told me he finds it difficult to juggle different identities using other migrants’ documents. He does not always know which name to use in which situation.

A woman working as a cashier for a donut shop was worried what might happen if she were ever stopped by the police when driving to work; her Mexican driver’s license was about to expire and she was not eligible to apply for an American one.

I mention these and many other stories in a book written in the spirit of what is called public anthropology. I wrote it for a broad American readership in the hopes of having some influence over how people think about the many undocumented Mexican migrant workers who live in their midst.

In my opinion, America needs more —lots more— migrants. NAFTA, in fact, did not go far enough. And getting rid of or watering down NAFTA will only make things worse.

Some people think that freer trade is a good thing while other see it as an evil menace. Regardless of the merits or defects of the current neoliberal philosophy behind NAFTA, the ideals of neoliberalism have not been implemented in a systematic way when it comes to the trade pact.

Trump is against free trade in that he claims NAFTA has been a bad deal for the U.S. He’s also against immigration, yet he wants the U.S. to have a prosperous economy and to have a competitive advantage in the global economy.

But he cannot have his cake and eat it too.

It doesn’t make much sense to promote economic competition and the elimination of tariffs but not the free movement of workers across borders. The huge demand for cheap, reliable labor, combined with a hypocritical and dysfunctional system of immigration in the United States, has resulted in those millions of undocumented workers.

If the economy needs them, why doesn’t the government issue sufficient work permits? Why treat migrant workers like criminals? In my opinion, if you want free trade and a more integrated continental economy, you also need a free labor market.

It has become increasingly difficult for Mexicans to cross the border, yet only recently have even stricter border controls made a dent in the influx of undocumented Mexicans.

At the same time, a large proportion of Mexican undocumented migrants are less likely to return home for frequent visits, resulting in the birth of many more children whose mothers would have stayed in Mexico if they or their husbands had been allowed to more easily travel across the Rio Grande, as I mention in my book.

Those children, now U.S. citizens who expect better-paid jobs, are not likely to continue to take the same kind of jobs as their parents, resulting in the need for more migrant workers, because their labor is essential. It’s a vicious circle.

Since having a competitive economy in the current global economy will require more migrant workers, not less, they should be able to travel freely across the border. That would be better for both Mexico and the United States.

That’s because Mexican migrant workers prefer to make some money in the U.S. but raise their families in Mexico, and set up small businesses in Mexico, as shown in Judith Hellman’s book The World of Mexican Migrants.

The only way to prevent a further decline of the U.S. economy is a dual policy that combines the legalization of current undocumented workers with a bigger and better migrant workers’ program along the lines suggested in a bipartisan proposal originating in the U.S. Senate in 2017.

Doing one without the other does not solve the problem, economists and immigration experts agree.

How can politicians of all stripes be convinced to fix the system? What is the best way to persuade more American citizens of the need for immigration reform?

Put a Human Face to the Crisis

One way to get the message across is to put a human face to the dry facts and technical reports of the experts.

In my book, I do not dwell on the unfairness of the current U.S. immigration system, which results in millions of migrant workers not getting paid for overtime work and never getting holiday pay.

Nor do I present the argument that undocumented workers do not earn enough money and are being exploited.

Instead, I want to make this clear: North America will never have a truly competitive economy, nor will the gap in standards of living between Mexico and the United States ever be bridged, unless more migrant workers can go back and forth across the border with ease.