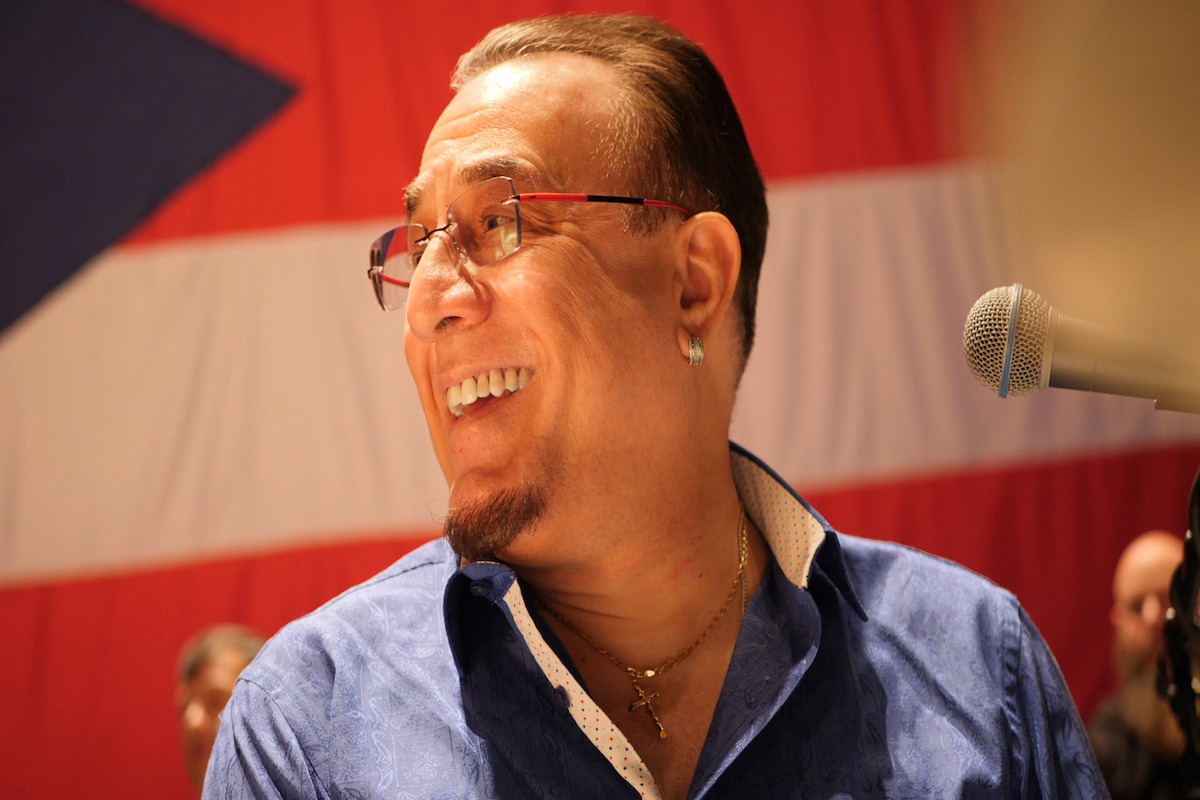 Are you still craving Broadway musicals after our latest episode “The Breakdown: A Tale of Two Musicals?”

Have no fear: Latino USA has more musical numbers coming your way.

Last year, the Broadway classic West Side Story celebrated its 60th anniversary, and to honor this milestone, Latin Jazz drummer and composer Bobby Sanabria re-envisioned the soundtrack to what Latino New York City actually sounds like. The result was West Side Story Reimagined.

In the album, Sanabria and his Multiverse Big Band infused classic numbers like “Tonight” and “America” with Latin jazz and samba.

Growing up as a Nuyorican kid in the Bronx, Sanabria first saw West Side Story in a movie theater, 10 years after the musical was adapted to film in 1961.

“I was mesmerized,” Sanabria said.

Maria Hinojosa talks to the drummer and composer about what the iconic musical means to him and how he paid tribute to its legacy.