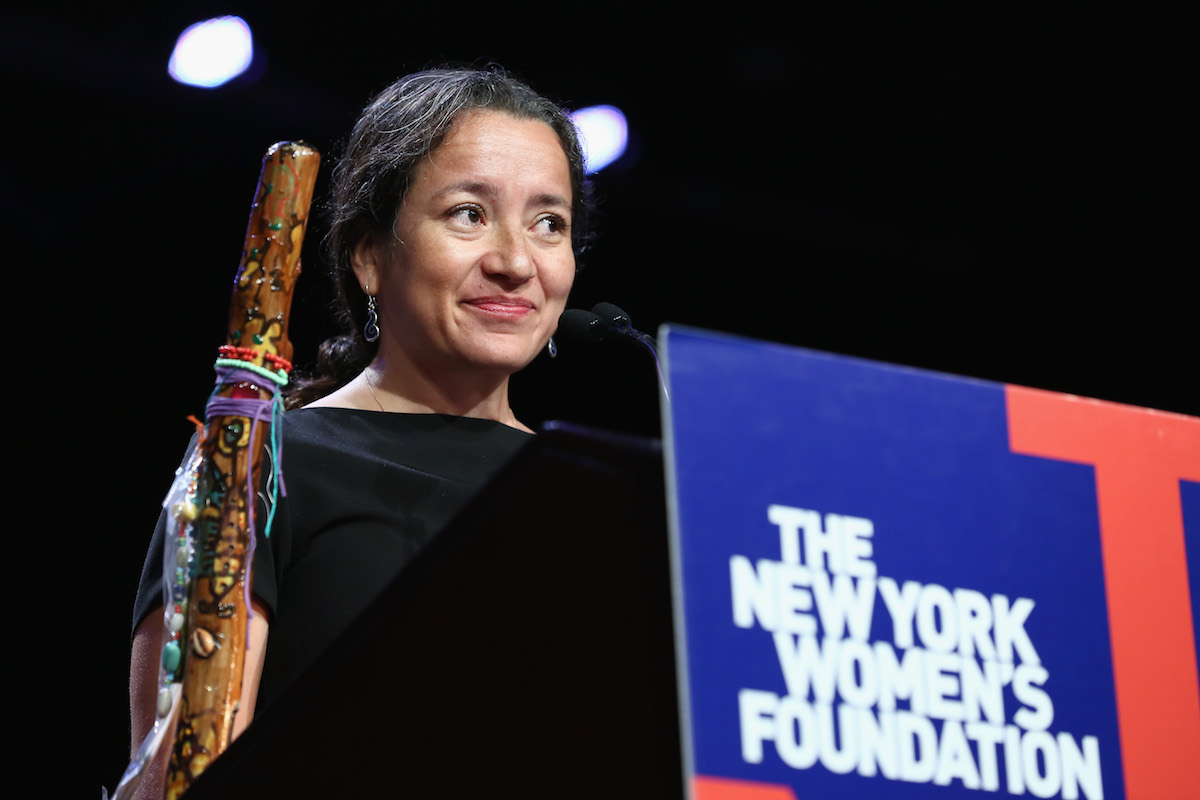 Ana María Archila entered the national consciousness after ducking under media cameras and lodging herself in front of an elevator door in a Senate office building, and blocking Arizona Senator Jeff Flake from leaving. It was just after he announced that he would be confirming Judge Brett Kavanaugh to the Supreme Court bench, and Ana María was furious. Along with another activist, Maria Gallagher, the two women pleaded Senator Flake to consider the implications his decision would have.

“What you are doing is allowing someone who actually violated a woman to sit on the Supreme Court. This is not tolerable. You have children in your family. Think about them,” Archila said.

Later that day, Senator Flake back peddled on his decision and asked to have the Senate vote delayed a week so that the FBI could do an investigation into the allegations of sexual abuse against Judge Kavanaugh.

While the clip of the women has ricocheted across social media and Archila has been interviewed on countless news outlets, little has been said about who Archila is. In this interview, we learn about why Archila immigrated to the United States, what inspired her to become an activist and why she actually had been preparing for her elevator moment for a long time.