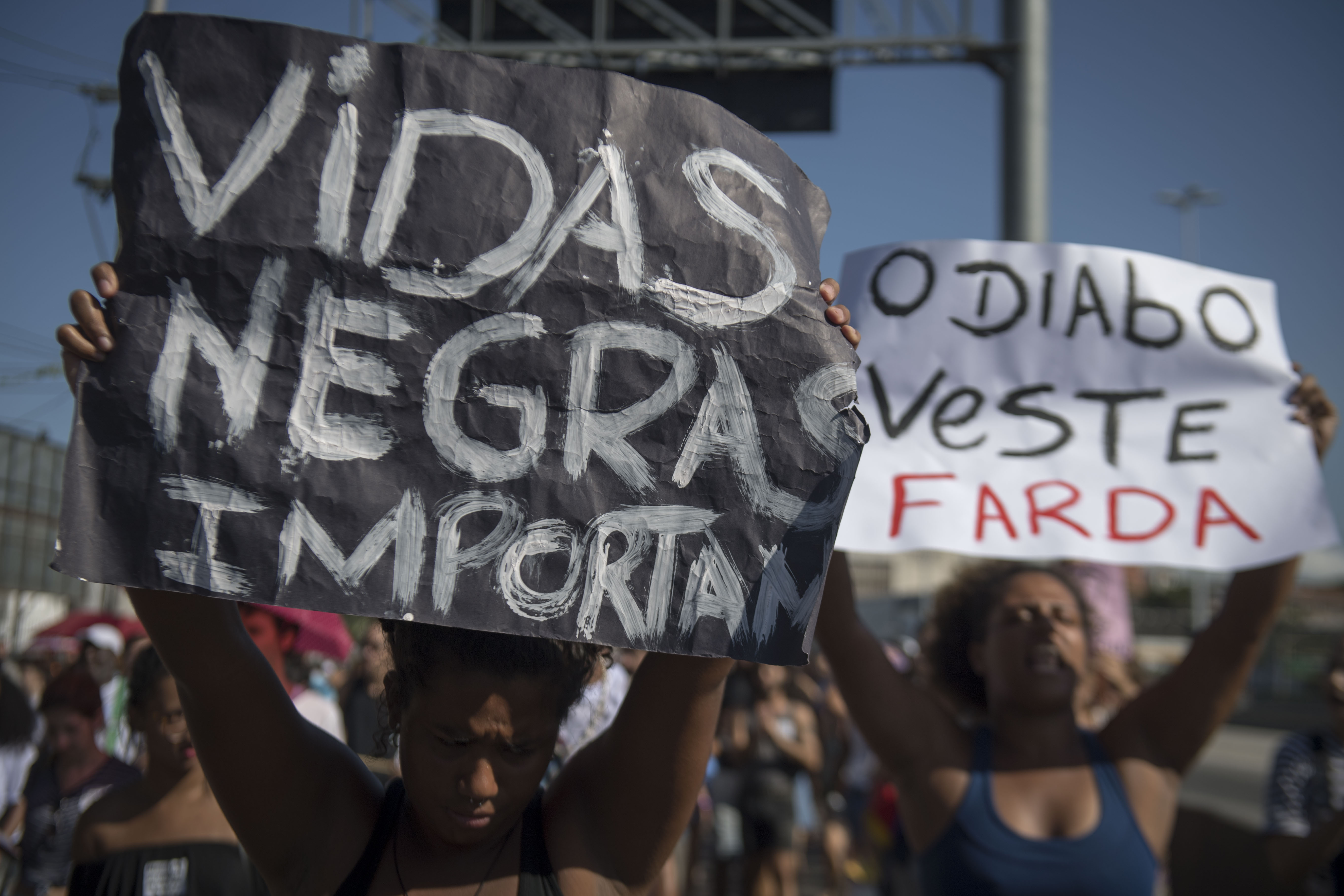 Motivated in part by President Donald Trump’s disparaging remarks about women and the numerous claims that he committed sexual assault, American women are running for state and national office in historic numbers. At least 255 women are on the ballot as major party congressional candidates in the November general election.

The surge includes a record number of women of color, many of whom say their candidacies reflect a personal concern about America’s increasingly hostile, even violent, racial dynamics. In addition to the 59 black female congressional candidates, Georgia’s Stacey Abrams hopes to become her state’s first black governor.

The U.S. is not the only place where the advance of racism and misogyny in politics has spurred black women to run for office at unprecedented levels.

In Brazil, a record 1,237 black women will be on the ballot this Sunday in the country’s October 7 general election.

I’m a scholar of black feminism in the Americas, so I have been closely watching Brazil’s 2018 campaign season —which has been marked by controversy around race and gender— for parallels with the United States.

Last weekend, hundreds of thousands of Brazilian women marched nationwide against the far-right presidential frontrunner Jair Bolsonaro, under the banner of #EleNao—#NotHim.

Bolsonaro, a pro-gun, anti-abortion congressman with strong evangelical backing, once told a fellow congressional representative that she “didn’t deserve to be raped” because she was “terrible and ugly.”

Bolsonaro has seen a boost in the polls since he was stabbed at a campaign rally on Sept. 8 in a politically motivated attack.

Brazil has shifted rightward since 2016, when the left-leaning female president Dilma Rousseff was ousted in a partisan impeachment process that many progressives regard as a political coup.

The move decimated funding for agencies and laws that protect women, people of color and the very poor.Racism in Brazil

In Brazil, these three categories —women, people of color and the very poor— tend to overlap.

Brazil, which has more people of African descent than most African nations, was the largest slaveholding society in the Americas. Over 4 million enslaved Africans were forcibly taken to the country between 1530 and 1888.

Though Brazil has long considered itself colorblind, black and indigenous Brazilians are poorer than their white compatriots. Black women also experience sexual violence at much higher rates than white women—a centuries-old abuse of power that dates back to slavery.

Afro-Brazilians, who make up just over half of Brazil’s 200 million people, according to the 2010 census, are also underrepresented in Brazilian politics, though sources disagree on exactly how few black Brazilians hold public office.

Black Women Step Into the Fray

That could change on Sunday.

This year, 9,204 of the 27,208 people running for office across Brazil are women, which reflects a law requiring political parties to nominate at least 30 percent women. About 13 percent of female candidates in 2018 are Afro-Brazilian.

In most Brazilian states, that’s a marked increase over Brazil’s last general election, in 2014, according to the online publication Congresso em Foco.

As in the United States, Brazil’s black wave may be a direct response to alarming social trends, including sharp rises in gang violence and police brutality, both of which disproportionately affect black communities.

But many female candidates in Rio de Janeiro, Brazil’s second largest city, say one specific event inspired them to run.

Franco’s murder remains unsolved, but she was an outspoken critic of the military occupation of Rio’s poor, mostly black favela neighborhoods. The ongoing police investigation has implicated government agents in the shooting, which also killed her driver.

Her death unleashed an avalanche of activism among black women in Rio de Janeiro, with new groups offering fundraising and political training for female candidates of color.

On Sunday, 231 black women from Rio de Janeiro state will stand for election in local, state and federal races—more than any other state in Brazil and more than double the number who ran in 2014.

Black Representation From Rio to Atlanta

Black women may have been historically excluded from Brazil’s formal political arena, but they have been a driving force for social and political change since the country’s transition from dictatorship to democracy in 1985.

Decades before #MeToo, Brazilian women of color were on the front lines of activism around issues like gender-based violence, sexual harassment and abortion.

Brazil has hundreds of black women’s groups. Some, including Geledes, a center for public policy, are mainstays of the Brazilian human rights movement. The founder of the Rio de Janeiro anti-racism group Criola, Jurema Werneck, is now the director of Amnesty International in Brazil.

The fact that thousands of black women, both veteran activists and political newcomers, will appear on the ballot on Sunday is a testament to their efforts.

As in the United States, black Brazilian women’s demand for political representation is deeply personal. They have watched as their mostly male and conservative-dominated congresses chipped away at hard-won protections for women and people of color in recent years, exposing the fragility of previous decades’ progress on race and gender.

Black women in Brazil and the U.S. know that full democracy hinges on full participation. By entering into politics, they hope to foster more inclusive and equitable societies for all.

One thought on “Sexism, Racism Drive Black Women to Run for Office in Both Brazil and US”