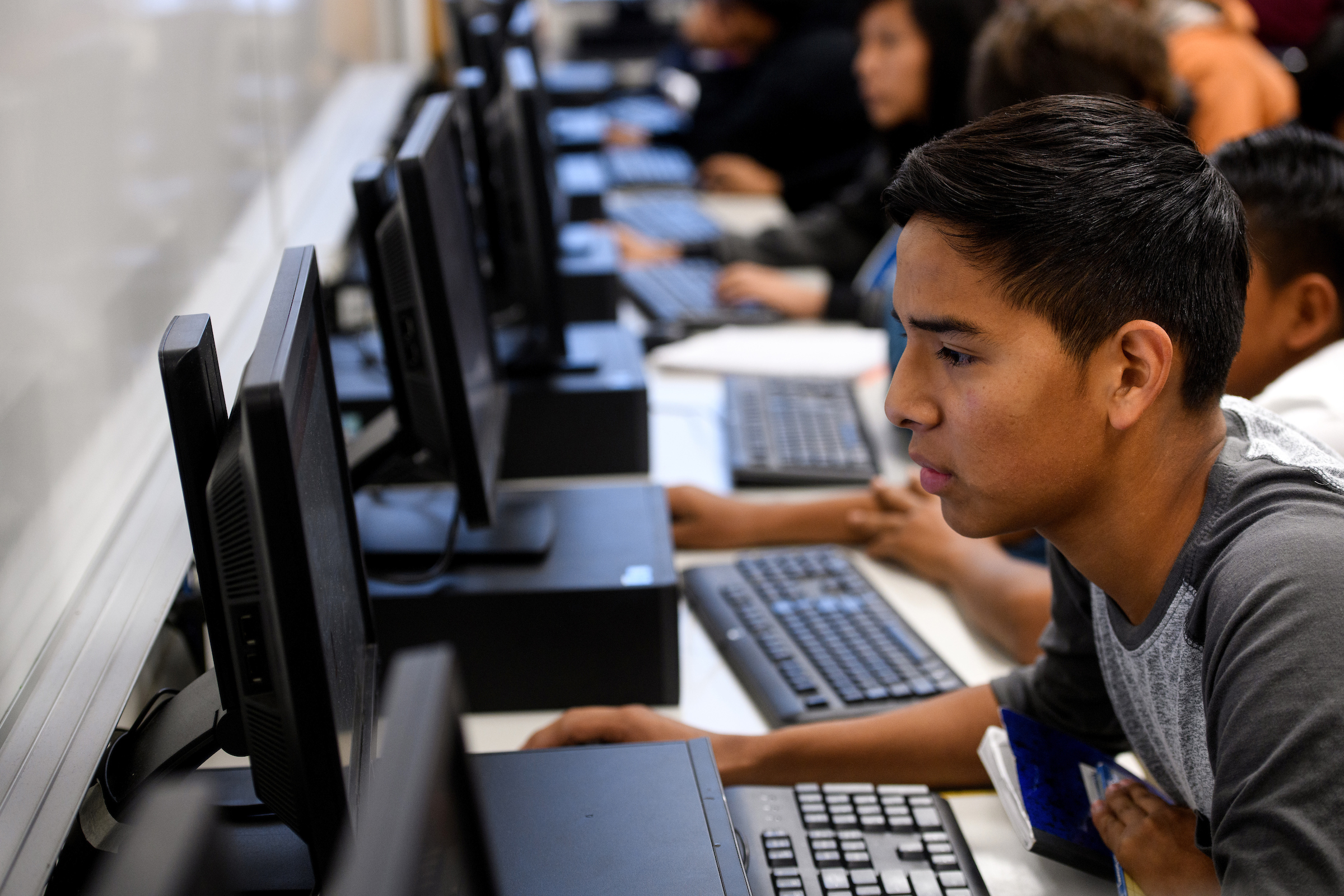 Duolingo, a free digital language learning platform with around 300 million users worldwide, has added the Navajo’s Diné Bizaad and Hawaii’s ʻŌlelo Hawaiʻi languages to its curriculum. Both languages are considered endangered, with studies showing that online courses contribute to their preservation. The language app launched this initiative on Indigenous People’s Day, working with communities who are fluent in these languages and who are actively working for their revival to create the courses.

“While there have been efforts to document endangered languages, the missing element for preservation is the ability to teach these languages to new generations,” Duolingo spokesperson Michaela Kron told Latino USA. “That’s why we’re working with groups of language teachers from the Native Hawaiian and Navajo communities to help them create the Duolingo courses.”

In the past, Duolingo has added other indigenous languages, including a course on Guaraní for Spanish speakers.

At the moment, the new Duolingo courses do not include audio, and some users have noted this online, as well as some other bugs. Kron said that the company is exploring including audio in the future, but it has been challenging.

Ok I’m happy Navajo is now available on the @duolingo app but I think I’m hitting a snag with accent marks. What am I missing? pic.twitter.com/WLcAYJqsHd

Was really excited to discover Duolingo came out with Dine’ Language (Navajo) as an app. They start with vocabulary matching and spelling, no audio. I can barely spell in English!
Yá’át’ééh — feeling frustrated

Latino USA also interviewed Kron about this latest move and what it could mean to make endangered languages accessible to thousands of users.

LUSA: Why did you decide to include endangered languages in your curriculum?
Kron: Hawaiian and Navajo are not the first endangered language courses we’ll be offering. In fact, the success of two minority languages we currently offer, Irish and Welsh, has shown that Duolingo can have an impact in helping to revitalize endangered languages. Our Irish course has nearly 1 million active learners (and over 4.5 million total) compared to fewer than 100,000 native speakers of the language. Our Welsh course surpassed 1 million total learners in April and currently has 337,000 active learners. This is an incredible milestone, especially given the fact that two years ago, the Welsh government announced its goal to reach 1 million speakers of the language by 2050. In terms of other indigenous languages, Duolingo also offers a course for Spanish speakers in Guaraní.

Also, as an American company, we felt it was time to explore U.S.-based endangered languages, and decided to start with Hawaiian and Navajo. We have gotten many requests over the years for both languages, and we were fortunate to have found excellent teams of native speakers to create these courses.

LUSA: What was the process of including this language and who did you work with you to make sure you got it right?
Kron: The courses are being developed by groups of Native Hawaiian and Navajo language teachers who have been active in the revival movements for each language for many years.

The Hawaiian course is being developed by educators from Kanaeokana, a network of over 50 schools and organizations focused on strengthening Hawaiian education, and Kamehameha Schools, a system of schools and programs focused on improving the capability and well-being of Hawaiians through education.

The Navajo course is being developed by teachers and students primarily from the San Juan School District in Utah.

LUSA: Did you face any challenges when creating the course?
Kron: One of the key challenges we faced was the ability to add audio to the course. Because pronunciation is so important in these languages, hearing the language being spoken is a key element of the learning experience, but there is no existing text-to-speech solution for either Hawaiian or Navajo. We are planning to add audio to the Hawaiian course, which will be recorded manually by the course contributors, and are exploring the same for the Navajo course.

LUSA: Who do you hope would be interested in learning these languages?
Kron: First and foremost, we hope to have an impact in helping to preserve the Hawaiian and Navajo languages by giving millions of people the chance to learn them for free.

Our hope for learners taking these courses is that they offer a meaningful introduction to both languages—whether they happen to have Native Hawaiian or Navajo heritage, live in an area where either language is spoken, or simply have an interest in learning more about each language and culture. In the case of Hawaiian, tourism to Hawaii hit a record high of 9.3 million visitors last year, so we think the course could be useful for travelers looking for a more authentic vacation experience.

Editor’s Note: In the past, Duolingo used to advertise on Latino USA’s podcasts. It currently does not.