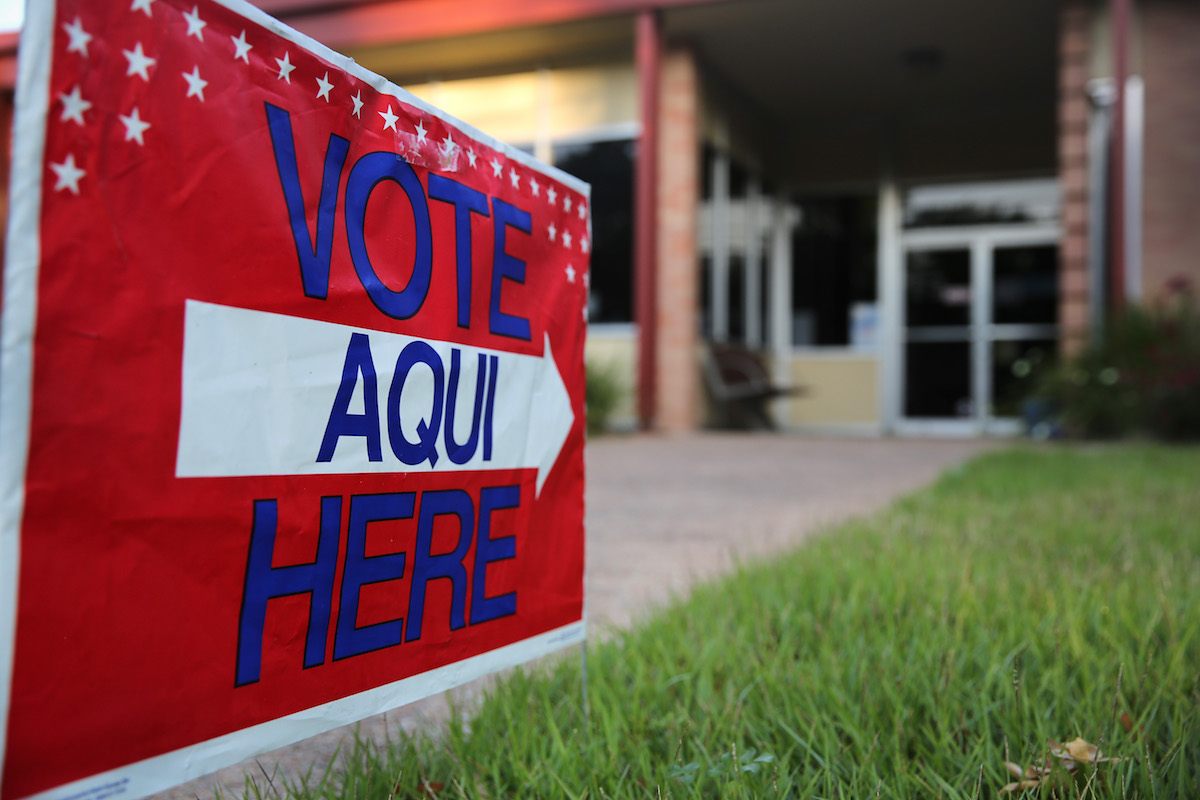 Democrats are ready to turn out in record numbers for November’s midterm elections, surveys show, particularly women and older voters.

But not all members of the party are as motivated.

Democrats have “a Latino problem,” according to analysis by two media outlets, Politico and The New York Times, showing that Latino turnout may be low this November.

Approximately 27.3 million U.S. Latinos can vote in November – 12 percent of all eligible voters, according to the Pew Research Center. Democrats are courting Latinos in red states like Arizona and Florida, hoping that this big bloc of voters will punish Republicans for President Donald Trump’s anti-immigrant policies.

But the so-called “Latino vote” has always been more promise than reality. My political science research explains why Latinos won’t swing the midterms for Democrats.

Immigration status is one factor that limits the political impact of this group.

According to U.S. Census Bureau figures, only 44 percent of U.S. Latinos are eligible to vote, a lower proportion than Asian, African-American and white voters.

Some U.S. Latinos are highly likely to vote, including older voters with a college degree and Cuban-Americans.

But just one in three voting-aged Latinos under 29 voted in the last presidential election. Turnout was even lower among Latinos with less than a high school diploma.

The impact of the Latino vote on Senate and House races in 2018 is likewise limited by geographic factors.

More than half – 52 percent – of all Latinos eligible to vote live in California, Texas and New York. Congressional candidates in these states already understand the power of Latino voters, who have been decisive players in at least two dozen districts since the 1980s. Candidates successfully target Latino constituents in their media campaigns and outreach work.

In four big swing states, on the other hand —Georgia, Iowa, North Carolina and Ohio— Latinos make up 5 percent or less of eligible voters.

As a result, Latino voters may be decisive for Democrats in just a handful of races: those occurring in states with competitive districts and significant Latino populations, including Virginia, Florida, Texas, Arizona and California.

In my view, the Latino vote could help push Democrats to victory in just seven races in five states. These include Virginia’s 10th district, in the suburbs of Washington, D.C.; Texas’ southwestern 23rd and suburban 7th districts; Florida’s 26th district, which includes Miami; and Arizona’s Tucson-based 2nd district.

The assumption that Latinos outraged by Trump’s immigration policies will come out en masse to vote against his party reveals another errant assumption about this voter segment—namely, that all Latinos care about the same things.

The Latino demographic is as diverse as any other population in America. It is a mistake to think that any 27.3 million eligible voters would rally around the same issues – even Trump’s immigration policies. The facts show that Latinos vote based on the same array of factors —gender identity, profession, religious affiliation, economic class, education— as other groups.

According to Gallup, Latino voters are concerned about health care, jobs, the economy and inequality. Just 12 percent cite immigration as their primary concern.

Some Latinos, like other Americans Trump targeted during his campaign, are themselves weary of undocumented immigration. Gallup polls over the past six years find that an average of 67 percent of Hispanics have said they worry “a great deal or fair amount” about illegal immigration. That is 10 points higher than non-Hispanic white respondents and 12 points higher than black respondents.

The truth is, we just don’t know enough about the preferences of Latino voters. Just half a dozen polls —out of hundreds— exclusively target the Latino voter segment.

And what polling is done on Latinos is often not well-designed, warn the Latino political leaders I’ve interviewed. They say that exit pollsters cannot accurately define who is a Latino and that surveys do not draw from representative samples of Latino districts.

As a result, projections about Latino voter behavior are often inaccurate.

Here’s an example: Nearly all the analysts and anchors I interviewed from Telemundo, Univision and CNN en Español before the 2016 election agreed that Trump would win very few Latino voters.

Ultimately, it appears that 28 percent of Latinos voted for Trump. That’s just shy of the average 30 percent of U.S. Latinos who usually vote for GOP candidates and a reflection of the conservative social values many Latinos hold about abortion, LGBTQ issues and big government bureaucracies.

The 2018 midterm elections will be a sharp and significant test of Latino voter behavior in the United States – even more so than the 2016 presidential election.

Back then, Trump was running for president. His anti-immigrant tirades could be passed off as campaign rhetoric.

Today many U.S. Latinos and their families feel the direct impact of his Republican administration’s policies, including a crackdown on undocumented immigrants, the inhumane treatment of Central American asylum-seekers and the legal limbo inflicted on the young immigrants known as Dreamers.

Latinos, the largest and fastest-growing community in the United States, may not win Congress for the Democrats in November. But Trump may have lost them for Republicans.