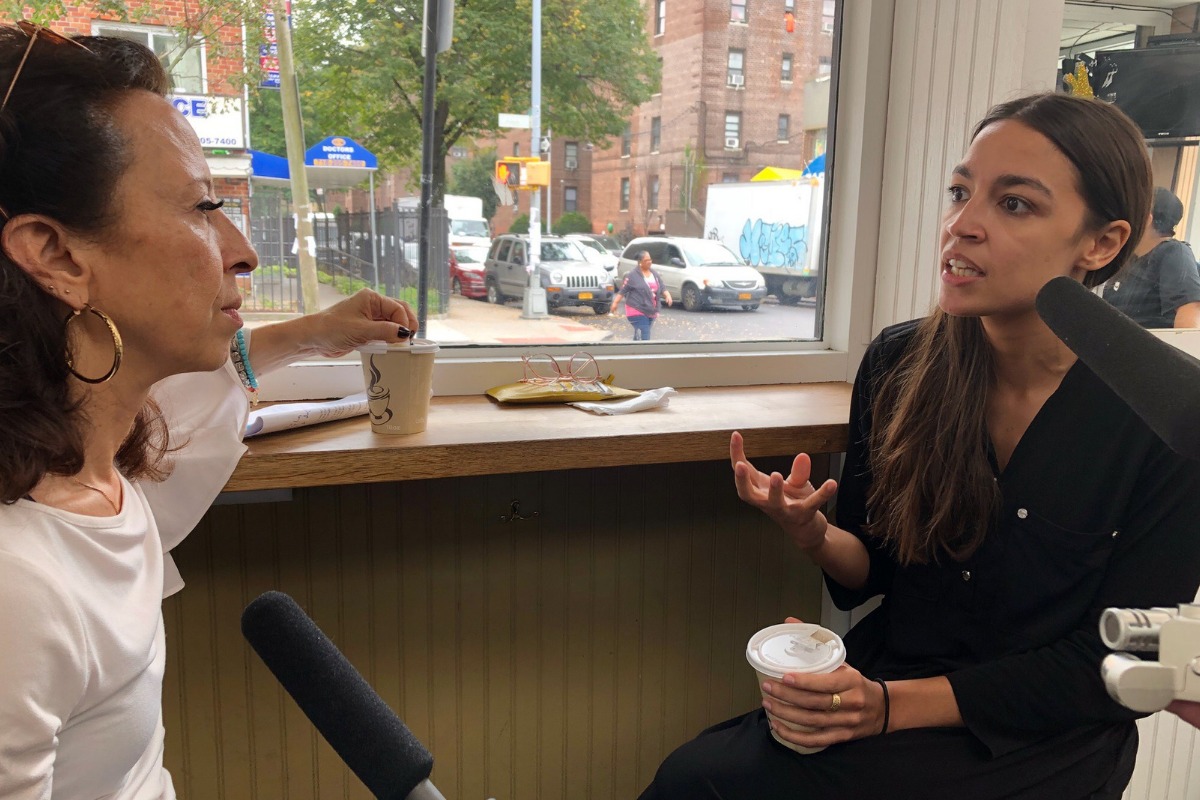 On June 26, 2018, Alexandria Ocasio-Cortez, then 28 years old, made history after she won the Democratic primary in New York’s 14th congressional district—described by many as the biggest upset victory in the 2018 midterm elections. Ocasio-Cortez, born in the Bronx and of Puerto Rican descent, had never held elected office but beat Rep. Joe Crowley, who some have referred to as “one of the most powerful Democrats in the House.” She is a self-described socialist, and has made campaign promises some see as radical, such as abolishing ICE and pushing for Medicare for All.

Ocasio-Cortez has been criticized by members of both parties for her progressive platform. She likes to say, “I’m not running from the left. I’m running from the bottom.” In this personal interview with Latino USA, Ocasio-Cortez walks us through the neighborhood of Elmhurst, Queens, where her office is located and talks about what it’s like to go from running a grassroots political campaign as a young Latina to becoming a nationally recognized political figure.