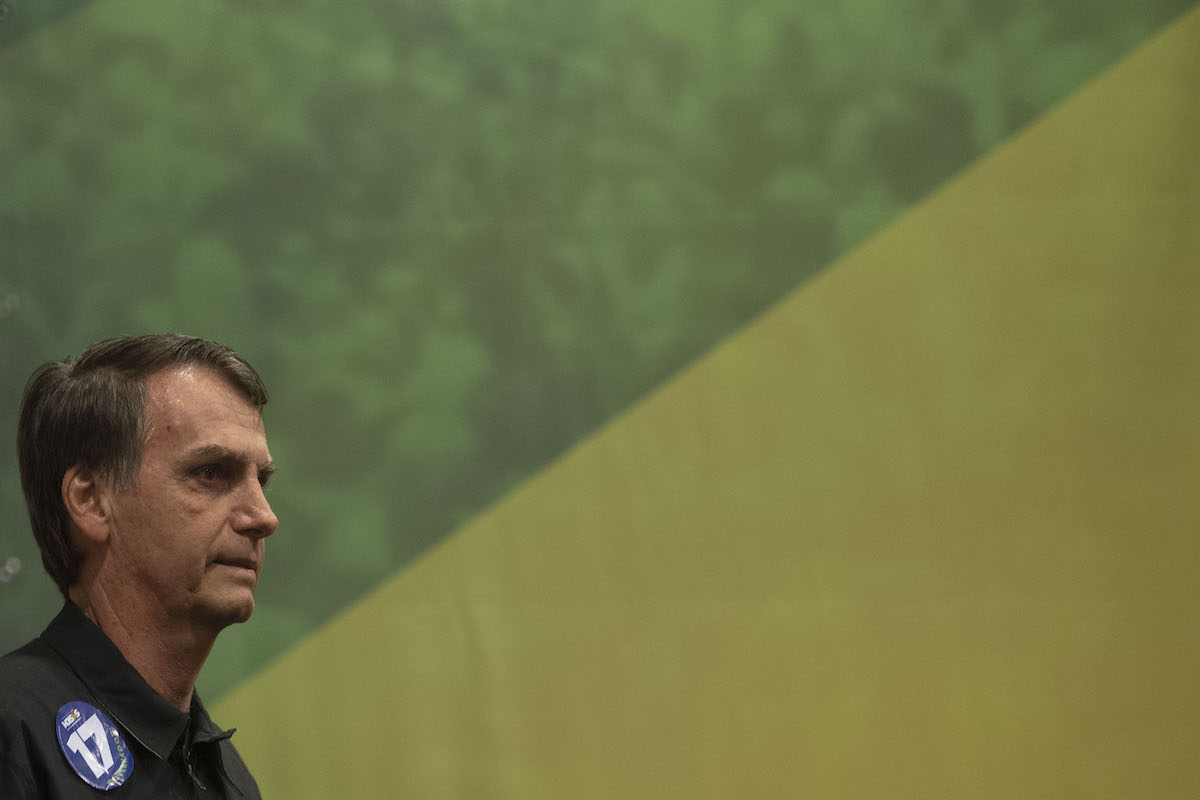 Brazil, the largest country in Latin America, elected a new president on Sunday: Jair Bolsonaro. He is a far-right congressman and a former army captain who has been called Brazil’s Trump. He is also widely known for his racist, sexist and pro-dictatorship remarks.

Bolsonaro won with 55 percent of the vote against the leftist Workers’ Party candidate Fernando Haddad. That party governed for 13 years until a corruption scandal helped to bring it down and put its main figure, former President Luiz Inácio Lula da Silva, in jail.

The scandal, along with anti-establishment sentiment, helped fuel Bolsonaro’s victory. Latino USA talks to Brazilian journalist Adriana Carranca, who explains the role of fake news, Whatsapp, and the forces that brought Bolsonaro to power—and what his government will mean for Brazil’s democracy.