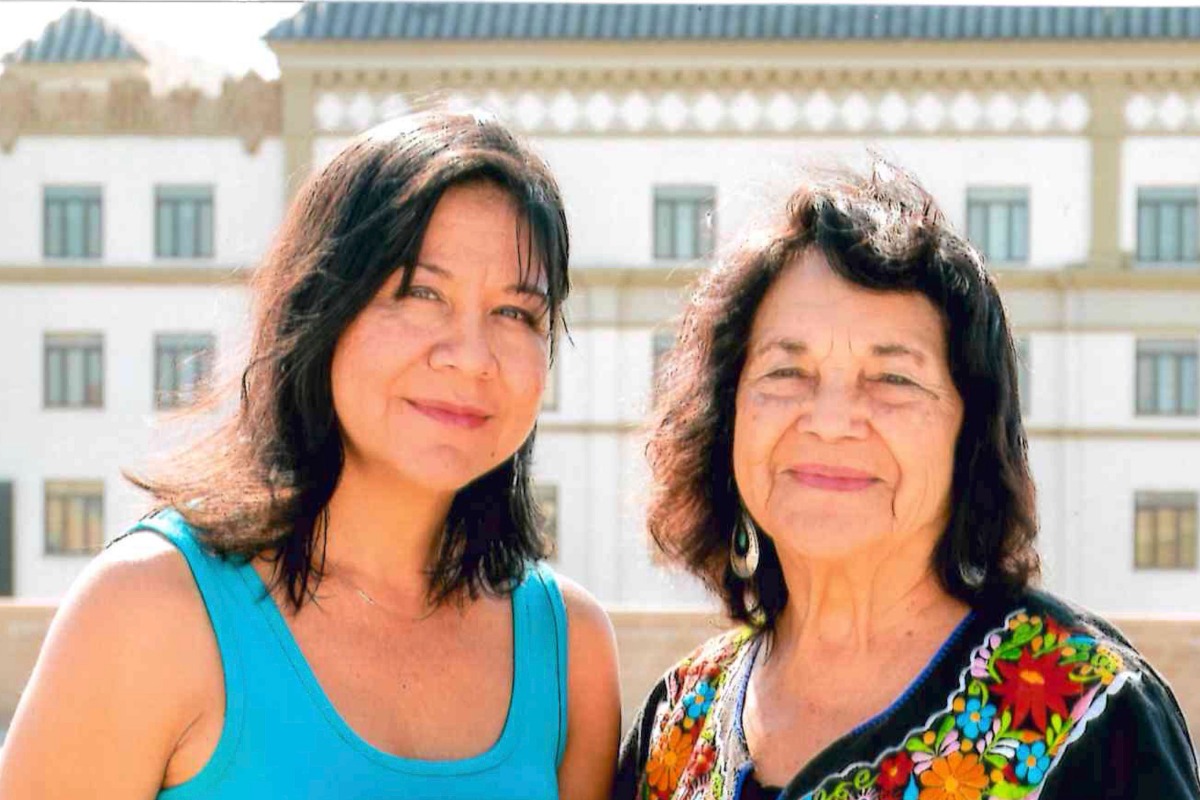 This Election Day, a record-breaking number of women are on the ballot, and 2018 has been a year in which women all across the country have been speaking up, in the workplace, in protests on the street, and in confirmation hearings

Latino USA reflects on this moment of women at the forefront with an intimate conversation between life-long civil rights activist Dolores Huerta and her daughter Juana Chávez.

Raised in Stockton, California, 88-year-old Dolores Huerta has made a career of publicly fighting for the rights of others. Along with Cesar Chávez, she helped to found the United Farm Workers Union and became iconic for her rallying cry “sí se puede!” She was instrumental in organizing the Delano grape strike and boycott of the 1960s that demanded equal wages and better working conditions for the mostly Latino and Filipino farm workers.

Dolores sits down with her daughter Juana, a former Los Angeles public school teacher who now works at the Dolores Huerta Foundation. Juana interviews her mom about her experiences with gender and power both in her work as an activist in a predominantly male-led union, and at home.

This episode was produced in partnership with WNYC Studios. The latest season of their podcast United States of Anxiety examines the role of gender in politics from the first woman elected to Congress in 1916 to the 2018 midterm elections. Check it out here.