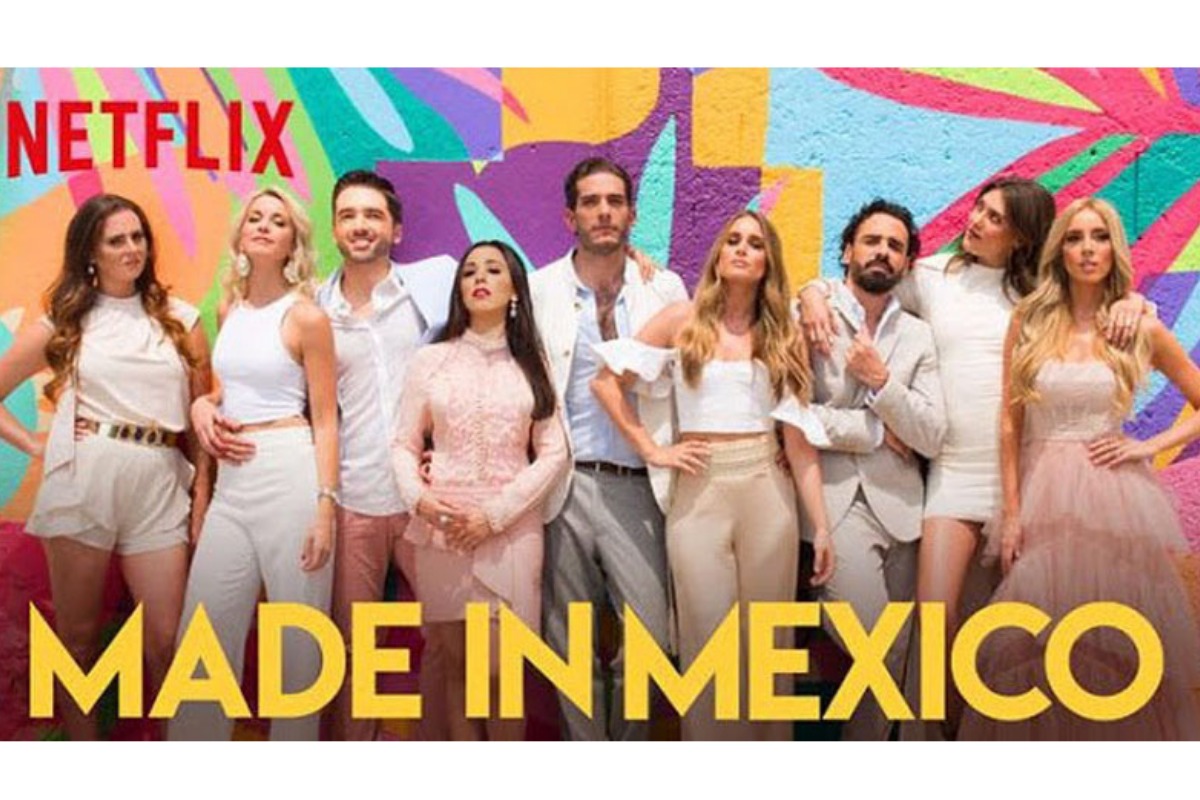 The cast of Made in Mexico. (Photo via Netflix)

When “Made in Mexico” was created, executive producer Kevin Bartel wanted it to be a show that celebrated Mexican culture as a way to contrast bigotry and racism against Mexicans, particularly due to the Donald Trump administration. Instead, the show drew backlash after its premiere on Netflix on September 28. Critics were saying that rather than relating to Mexicans on the show, it seriously lacked diversity, reflecting a larger issue in Latin America’s media landscape.

“I would call it whitewashed and a very typical way we do television and advertising in Latin America, and that’s the sad truth,” communication scholar Maria DeMoya told Latino USA.

“Made in Mexico” trails the lives of nine wealthy (and white) socialites living in Mexico City. The cast members have said they wanted to show an “alternate view of Mexico.”

“That’s what really started us exploring a way to do a docu that explores Mexico in a completely different light, and to bring to light a side of Mexico that not many people have been exposed to,” Bartel told Latino USA.

Apparently, given the reactions of many, that goal wasn’t achieved.

Some viewers took to Twitter to address colorism and classism in the show.

I watched “Made in Mexico” on Netflix and I’m tired of white latinx people being the centralized narrative….. NEXT

I watched the first ep of @MadeInMexico, and:

1) within the first 30 mins., white Mexicans complain they aren’t perceived as Mexicans, ?
2) my brain is numb, and
3) these ppl identify with the culture but cannot relate to the majority of Mexicans AT ALL.

What a waste of time.

In an interview with Remezcla, cast members Kitzia Mitre Jimenez-O’Farrill and Columba “Colu” Doaz brushed off critiques about the lack of representation and colorism. Diaz went on to call the critics calling the show racist, saying “It’s super racist to say ‘they’re white.’”

Bartel said the idea for the show came after witnessing how his Mexican-American wife’s family took offense to Donald Trump’s statements about Mexicans. He said much of her upwardly mobile family, including FBI agents and district attorneys, took offense to the generalization that all Mexicans are rapists, drug dealers, and criminals.

When asked about why the show focuses on white Mexicans, Bartel said that they “didn’t cast based on skin color” but rather on personal stories and dynamic personalities.

“Our goal was to show how beautiful Mexico is, and how interesting the people are,” he said.

In addition to wanting to distance itself from the discrimination of Mexicans making headlines in the U.S., the show featured sweeping aerial shots and street scenes in Mexico City, the capital currently experiencing a large tourism boom. In one episode, Liz, a New Yorker now living in Mexico City, walks through downtown with her fiancé and steps right into the middle of a dance ceremony led by Aztec dancers just steps away from the ruins of the Templo Mayor. They’re cleansed with incense in front of dozens of onlookers.

The production team wanted to film the docuseries in Mexico City to boost the city’s tourism industry.

“The grand goal was to have a similar impact on tourism in Mexico City that ‘Sex and the City’ had on New York,” Bartel said.

“When you look at the cast, and people are watching from all over the world they have no idea that this part of Mexico existed,” he added.

Many viewers and media scholars, however, took issues with the show’s attempt to represent a racially, linguistically and culturally diverse country by following the lives of Mexicans in an aspirational reality show.

“By calling it ‘Made in Mexico’ and having everyone say that they wanted to change the perspective of Mexicans, then you’re kind of positioning yourself as an ambassador of Mexico, when you’re really a very narrow and manipulated view of Mexico,” DeMoya said.

Mexican and the rest of Latin American television is also known to drop the ball when it comes to diversity.

As a Dominican scholar who follows representation and diversity in advertising, DeMoya says the whitewashing of television has happened for “as long as there has been television in Latin America.”

Whitewashing is a problem, particularly in Mexico’s advertising industry. For instance, a recent beer ad featured all white models wearing “Orgullosamente Indio” t-shirts (which roughly translates to “Proudly Indian”) in an attempt to challenge Mexicans’ use of bigoted language and discrimination against indigenous communities. By casting white Mexicans to spread its message, the ad appears tone deaf and prompted outrage on social media.

Dolores Inés Casillas, a media professor at UC Santa Barbara, says she understands the backlash to the show, and as a Chicana says it’s difficult to relate to the cast members.

“I cannot watch excessive wealth right now. It’s so painful to have a bird’s eye into this very privileged, and very small area of Mexico City, and have that be representative of all of Mexico,” Casillas said.

For Casillas, rather than uniting Mexicans in the face of racism and bigotry during the Trump administration, “Made in Mexico” seems to distance some Mexicans from others.

Other shows, like Netflix’s “La Casa de las Flores,” have been very popular with Mexican and U.S. Latinx audiences. Starring celebrated Mexican actress Veronica Castro, the show follows the dysfunctional life of a rich family running a family-run flower business in Mexico City. DeMoya says it had better success with Latinx viewers because, although still about the lives of white and elite Mexicans, it took a satirical and comic view of the elite and “doesn’t claim to represent Mexico.”

“It’s just a story of one crazy family,” DeMoya said.

Bartel says that his team recognizes that the show caused a lot of discussion and that the “show definitely struck a chord, whether it was positive or negative, and people were talking about it.”

“It struck a social conversation in Mexico. You rarely get to have shows that have that impact,” he said.

The show premiered at a time of intense public outrage and concern for migrant families who were being separated at the border while trying to secure asylum in the U.S. For Casillas, she couldn’t separate the show from what was happening.

“We have children in tent cities, we have this large caravan traveling through Mexico. We have all these really big, serious issues and then we’re just going to follow socialites,” Casillas said. “It’s hard to see something devoid of [the political context].”

Netflix did not confirm whether “Made in Mexico” will come back for a second season.