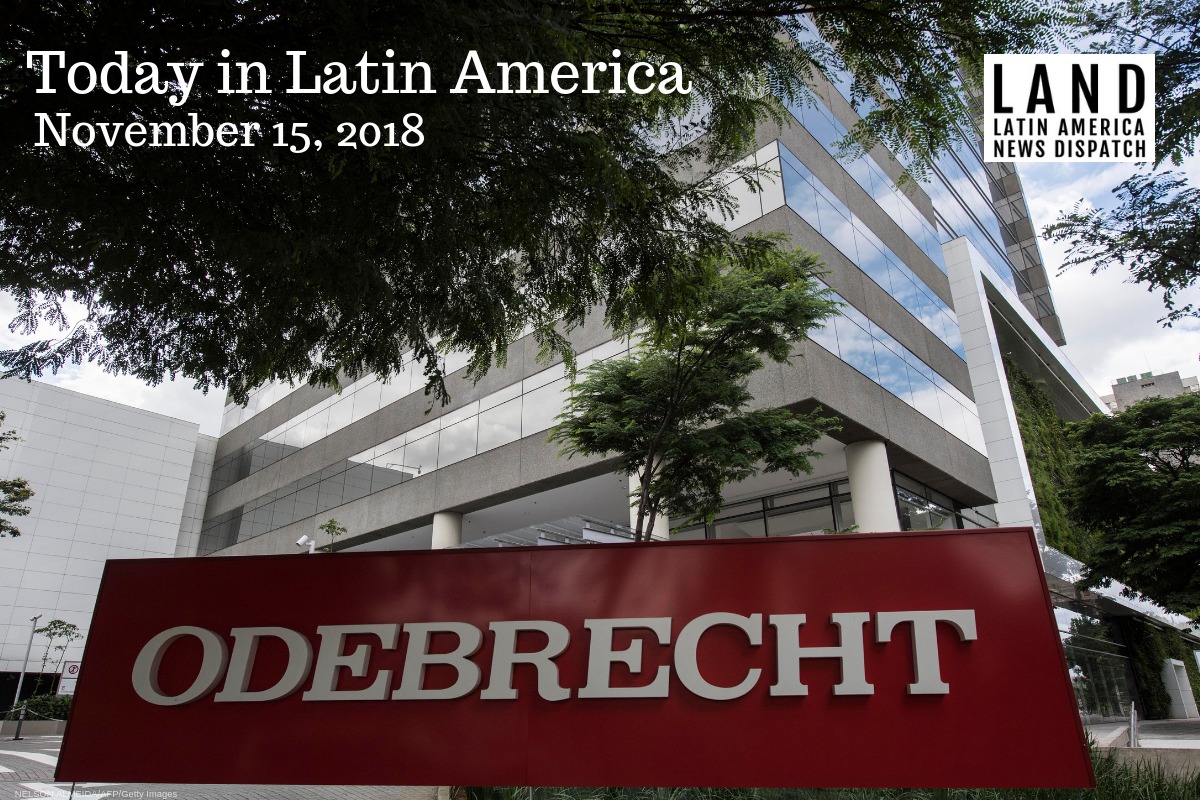 COLOMBIA: The death of a key witness in a Colombian fraud scandal involving Odebrecht is now being investigated for poisoning. Jorge Enrique Pizano was originally thought dead from natural causes. The attorney-general opened the investigation after Pizano’s son, Alejandro, died three days after his father’s death when he allegedly drank from a bottle at his poisoned father’s home. Medical examiners found the bottle contained cyanide.

The construction company Odebrecht is at the center of a massive corruption scandal spanning Latin America and has admitted to paying bribes in 12 countries, including Colombia. Pizano worked as an auditor in one of Colombia’s biggest infrastructure projects which worked with Odebrecht. In 2013 Pizano began denouncing allegedly suspicious payments made by Odebrecht.

Last August, Pizano handed a Colombian news program an audio recording from 2015 involving Néstor Humberto Martínez—who is now the attorney-general. The news station said Pizano feared people were plotting his death. The airing of the audio generated calls for the attorney general’s resignation.

MEXICO: An estimated 1,767 members of the Tzotzil community fled the town of Chavajebal, El Bosque, in Chiapas’ highlands, last week. The exodus happened after a shootout and explosions caused residents to fear for their lives. According to the Fray Bartolomé de las Casas Human Rights Center, this forced displacement is a humanitarian crisis. Other Tzotzil communities in the area have also been forcibly displaced due to violent conditions and government inaction has worsened the situation.

CUBA: The United States added 26 Cuban attractions, including ships and shopping centers, to a list of places that Americans tourists are barred from visiting. On a related note, a Cuban ambassador was rejected a room in a U.S.-owned hotel in Japan because it would violate the sanctions imposed by the U.S. government.

PANAMA: The General Attorney’s Office determined that union transportation leaders and authorities were involved in a complex corruption scheme, in which they tripled the compensation given to drivers of old buses, and then stole the money intended to go to them. Over 560 people have been indicted, including 63 public officials from the Transportation Office and the General Comptroller.

BOLIVIA: Archaeologists have excavated burial sites containing hundreds of human remains, ceramics, and metal crafts in the highlands south of La Paz, authorities announced yesterday. The dig had been authorized three months ago, when a mining project unearthed artifacts in the area. The remains date back roughly 500 years. Some have been identified as Incan, while others are believed to belong to an earlier civilization, possibly the Pacajes people.

BRAZIL: The Cuban government announced yesterday it will withdraw some 11,420 Cuban doctors stationed in Brazil, after far-right President-elect Jair Bolsonaro said he plans to force changes to their contracts. Since 2013, the “More Doctors” exchange program has sent 20,000 doctors to mostly rural, impoverished areas in the country. Bolsonaro has said he will require the doctors to keep the entirety of their salaries, 75 percent of which is currently remitted back to Cuba.