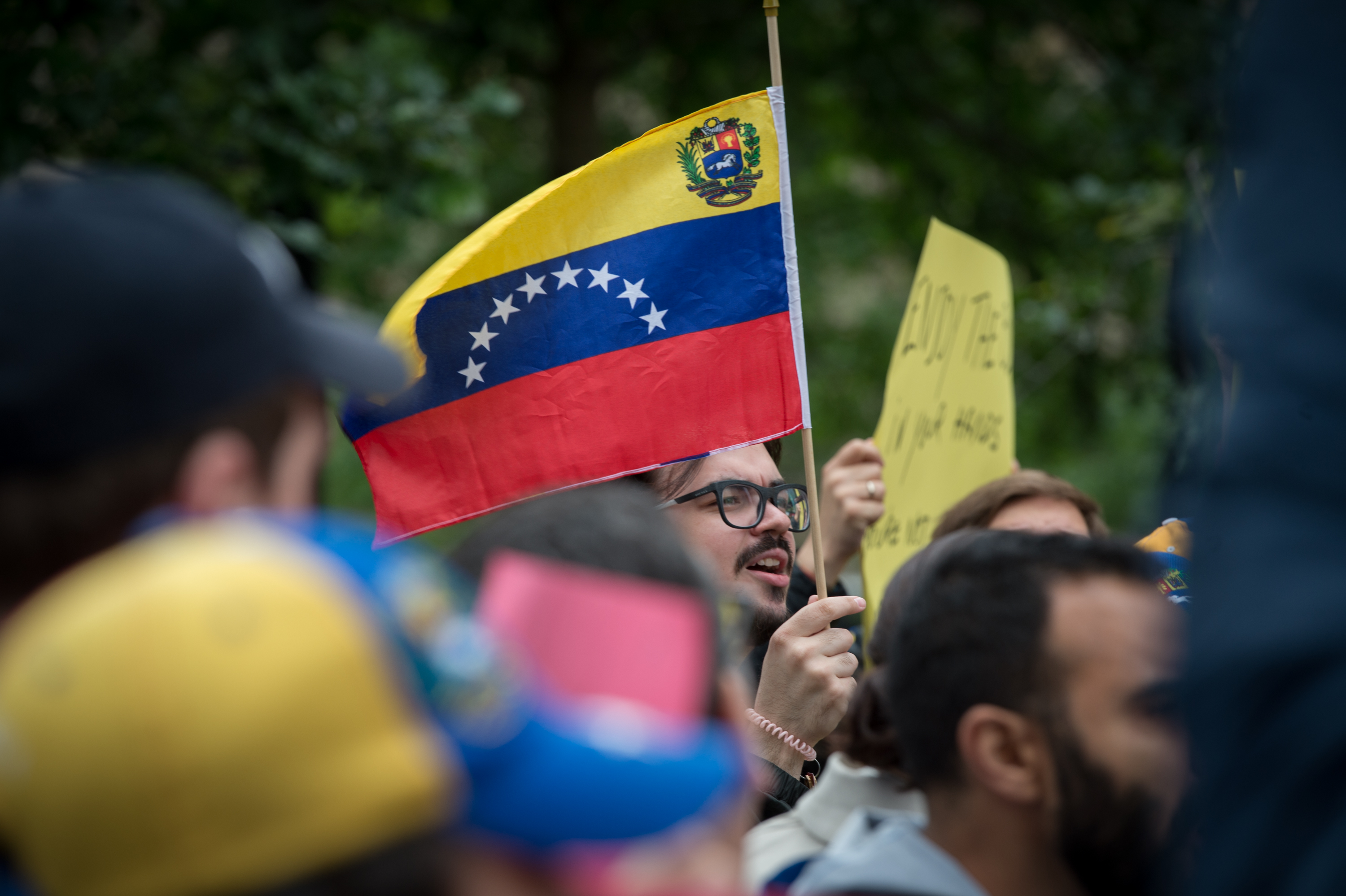 According to a recently released report by the United Nations High Commissioner for Refugees, three million Venezuelans have fled their country since 2015. Tana, a 39-year-old lawyer living in Bushwick, Brooklyn is one of them. Although life has been hard for Tana as she misses her family, she says it’s better than what she went through in the last two years in her hometown of Mérida in Venezuela.

“I can be a little happy here because I can send some money to my family in Venezuela so they can eat better,” she said, speaking on condition of anonymity because of her undocumented immigration status.

Tana had just lost her job as a cook in an Italian restaurant in Manhattan, where she was working 11-hour shifts. Now she had to find a new job. Two months ago, she left her city of 200,000 in the Venezuelan Andes, about five hours from the border with Colombia, for New York. She drove for five hours and had to bribe Venezuelan guards $10 at the crowded border crossing, then flew to the United States (due to hyperinflation and difficult access to dollars, a $10 bribe is a lot for Venezuelans). She brought her 18-year-old daughter Getsa with her, and left her mother living with her sister.

While most Venezuelan refugees are going to Latin American countries like Colombia, Peru, Ecuador, Chile, Panama, and Brazil, their numbers are also increasing in the U.S. During the 2017 fiscal year, Venezuela ranked first in asylum applicants, surpassing China, which has a much larger population and had been the leading number for the last 10 years.

“It’s a very important moment for any Venezuelan because we are suffering from the worst humanitarian crisis in the region, the worst migration crisis in the region,” David Smolansky, a former mayor in Venezuela, told Latino USA. Smolansky leads a working group on the issue at the Organization of American States (OAS) in Washington. He regularly visits the border between Colombia and Brazil, and has contact with humanitarian groups to coordinate responses.

Smolansky said that Venezuela has been going through a crisis of food and medicine scarcity, hyperinflation and increased violence. The government of President Nicolás Maduro cracked down on protesters last year and increased political arrests. Tana was part of that group of protesters.

With about 70 neighbors, Tana blocked her street to stop traffic. “Then the Tupamaro came on motorcycles and attacked us with guns, with bullets,” she said, referring to a paramilitary group allegedly serving the government. She said a bullet almost hit her head while she was trying to hide behind a house with her daughter, a communications student who left her university because of the economic crisis. Now Tana’s daughter works as a cashier at the same Italian restaurant where her mother worked.

In September, a bipartisan group of senators proposed a humanitarian package. The $58 million Venezuelan Humanitarian Relief, Reconstruction and Rule of Law Act of 2018 would also put economic pressure on Venezuela’s allies.

Maduro says that the humanitarian crisis is being fabricated by the media.

“Venezuela has been permanently attacked by the media to justify an international intervention, a military intervention to control our country,” Maduro said during a speech at the United Nations, arguing that the U.S. wants to appropriate Venezuela’s oil reserves. The Venezuelan consulate did not respond to emails and telephone calls for comment.

The Venezuelan administration also started a campaign this summer to invite refugees to return home. By September, the government said that over 1,600 migrants had returned to Venezuela through the plan titled “Plan Vuelta a la Patria” (Return to the Motherland).

While Venezuelans are leaving the country in search of a better life, they’re building communities in cities like New York.

“The younger people are leaving Venezuela,” said Milady Chacón, 28, a community organizer living in Astoria, Queens. “The elderly are staying in and surviving on money, food, and medicine sent from family members working abroad.” Chacón volunteers at the Venezuelan Culture House.

Tana and her daughter recently visited the Culture House. There, they met many Venezuelans at a winter clothing donation event organized by those who had arrived a few years earlier. While Tana says she feels embarrassed having to accept donations, it’s heartwarming to see fellow countrymen. Meanwhile, part of her family is still back home.

Luz, 31, is Tana’s sister, and she’s self-employed as a manicurist and a cleaner. She’s still residing in Venezuela. Luz could not feed her family as well as she does without the money Tana sends every 15 days. “The money my sister sends is enough to buy food and personal stuff like medicine,” she said.

“Depending on how much I can get in a day, I can buy chicken, or cheese the other day,” Luz added. “If the cheese now costs 600 soberanos, in three days it costs 800.”

In New York, Tana is still adapting to her new life and living with a “rainbow of emotions,” as she said.

“You study, you fight,” Tana said. “I fought with my daughter to have a good life. Here, life is not bad, but I miss my people.”