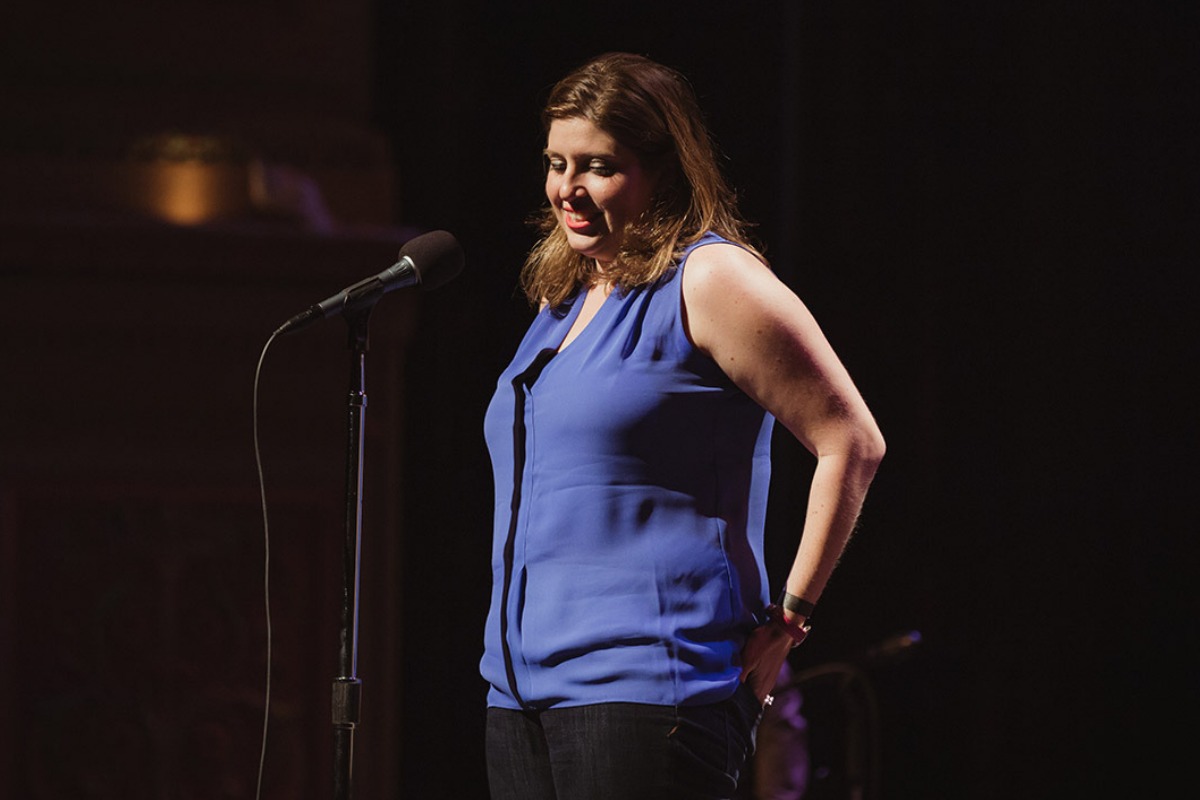 Since its launch in 1997, The Moth has presented thousands of stories by everyday people that have captivated audiences worldwide. Latino USA is now partnering with The Moth to feature some of their best Latino Storytellers on our show. This week, we hear from storyteller Carlos Kotkin about the birth of his first child who came sooner than expected and from Pilar Siman, who tells us about a crush she met at an unlikely place—11pm mass.

Featured image is of Pilar Siman telling her story. (Courtesy of The Moth).